The businesswoman who wants to cure brains from home

Ana Maiques founded Neuroelectrics in 2011 with the goal of treating brain diseases in a non-invasive way, with a treatment unique to each patient. Today, her brain reading and electro-stimulation headgear is used to measure the fatigue of NASA pilots and being tested on patients in the US for the treatment of epilepsy. In addition, the company is exploring applications in neurodegenerative diseases such as Parkinson's and Alzheimer's. 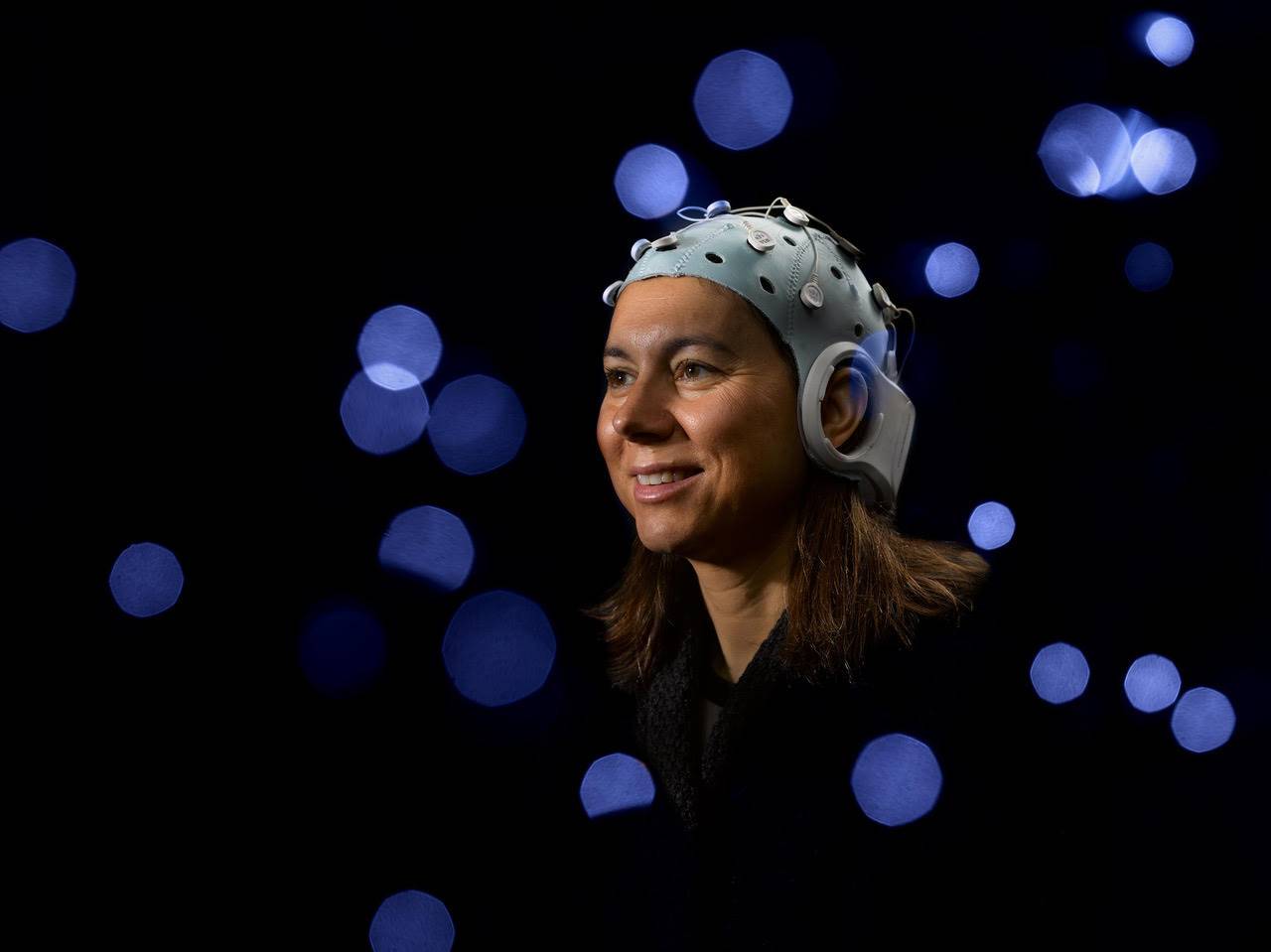 The economist Ana Maiques (Valencia, 1972) is going through a prolific growth period her career. Seven years ago, together with her husband, the physicist and mathematician Giulio Ruffini, she created the company Neuroelectrics, which develops devices capable of monitoring and stimulating the brain to treat problems ranging from neurological diseases to depression.

The company continues to receive awards and recognitions for their work in developing technology and helping to understand the links between the brain and disease. The British Magazine Wired declared it the Best Start-up in health in 2015 and last year the El Periódico journal chose it as the best innovative company in Catalonia. Even the Financial Times has highlighted this businesswoman’s entrepreneurial talent within the field of Neuroscience.

The headgear of success

Neuroelectrics started operating in 2011 in Europe from its headquarters in Barcelona, and in 2014 it opened offices in Boston to reach the US market. "The staff consists of thirty employees, mostly engineers, physicists, mathematicians and neuroscientists," says Maiques to Sinc.

The star product is Starstim, "the first device on the market that can simultaneously record electrical brain signal and apply transcranial current stimulation into the brain. The technology is based on mathematical models, data analysis and artificial intelligence".

As she explains, the device does two things: "It records brain activity and stimulates it by administering small currents to the brain." In addition, "our scientists have developed a series of brain models and algorithms that make it possible to customize the treatment according to the characteristics of each patient and their pathology."

"The system allows us to collect brain activity, upload it to our Cloud storage and then compute a customized solution. We can decide the number of electrical channels and the type of currents for exciting or inhibiting a specific area or different areas of the brain”.

In her opinion, "it is a very sophisticated technology that for the very first time, allows one to address or non-invasively focus on different areas requiring treatment, which are different for each patient, depending on the disease or where the source of their injury lies". Another benefit of this technology is that "patients can take it home, under the supervision of a medical personnel, to apply stimulation sessions themselves."

The most important project which Neuroelectrics is implementing now is the use of Starstim for the treatment of epilepsy. "We are testing it in a clinical study at the Boston Children’s Hospital with about a hundred patients," she comments. The idea is to reduce epileptic seizures in children who do not respond to medication by non-invasive electro-stimulation. A sample of adults has also been included." 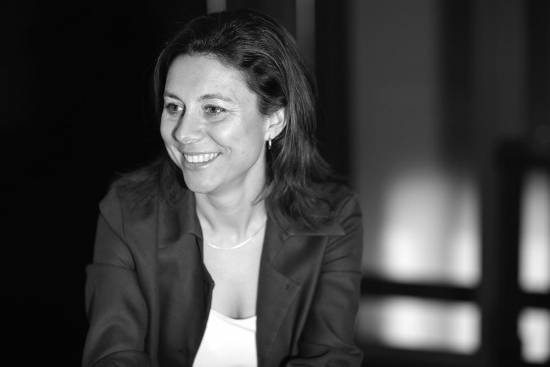 If the company accomplishes positive results in the next two years, the hopes are that the US Food and Drug Administration will give the approval so that Starstim can be used on patients.

She believes that this device can help people with various neurodegenerative diseases. "We are working on a pilot study with Harvard University to stimulate the memory and motor skills of 40 patients with dementia and cognitive impairment, which is an early stage of Alzheimer's."

In addition, the company has received help from the Michael J. Fox Foundation, which is dedicated to supporting research on Parkinson's, "to see if, with brain monitoring, one could develop early biomarkers of the disease," she says.

Another possible application under study is that of rehabilitation after a stroke. Neuroelectrics is working with several centres in Spain, such as the Hospital Vall d'Hebron and Sant Joan de Deu, which perform research in this field.

Neuroelectrics is also exploring the use of Starstim in psychiatric ailments such as depression and anxiety. "We will have to go pathology by pathology, proving effectiveness, but we believe that our devices could be applied in these cases."

Apart from participating in clinical trials of its technology, Neurolectrics sells its devices for research purposes to scientific centres, hospitals and universities around the world. "This is our main source of income," she points out.

"Last year’s revenue reached over three million Euros with the marketing of Starstim to institutions in 40 countries, including Harvard University, the Massachusetts Institute of Technology (MIT), the Memorial Sloan Kettering Cancer Centre and veterans’ hospitals in USA ". In the latter, she comments that "they are using Starstim in neuro-rehabilitation sessions and for treating post-traumatic stress syndrome."

For its part, NASA is applying the Neuroelectrics device to monitor brain activity and study the fatigue of pilots during space flights.

Apart from the sales obtained with Starstim, the firm is immersed in its first round of financing, trying to secure 15 million dollars (about 12 million Euros) while searching for industrial partners.

The board believes that this is a good time for research and development in neuro-science and neuro-technology. "The population is aging, so neuro-degenerative diseases are increasingly affecting more people and there are only a few drugs on the market that help improve a patients’ quality of life. We’re going to see more and more innovative technologies that try to provide a solution to this epidemic of pathologies," she concludes.

Can consciousness be measured?

The scientific 'muscle' of Neuroelectrics is Starlab. It is the Barcelona-based Spanish corporation parent company, which is also in charge of longer-term research.

Starlab is currently participating in the Luminous Project of the European Commission, which uses Starstim to measure the level of consciousness in patients in a vegetative state and investigate whether this can be modified with electro-stimulation.

Stiped, another European project, uses the digital brain technology to collect brain data from children with hyperactivity and Autism, and check if they improve with stimulation.

It has a global revenue of 4.5 million Euros (including the three million contributed by Neuroelectrics) and allocates 700,000 euros a year to R & D. Maiques and her husband founded it in 2000 from the remains of a Belgian company that went bankrupt during the 'dotcom' crisis. "We recovered it to work in the Aerospace and Neuroscience sectors," comments Maiques.

"Starlab continues to do cutting-edge R&D in these two areas, but the partners’ intention were always to go from research to market. Therefore, we decided to create the spin off, focusing on marketing devices to the medical sector. This led to the creation of Neuroelectrics, which is 100% owned by the parent company," she says.