“Until now, the study of consciousness had been seen as mystical or unscientific” 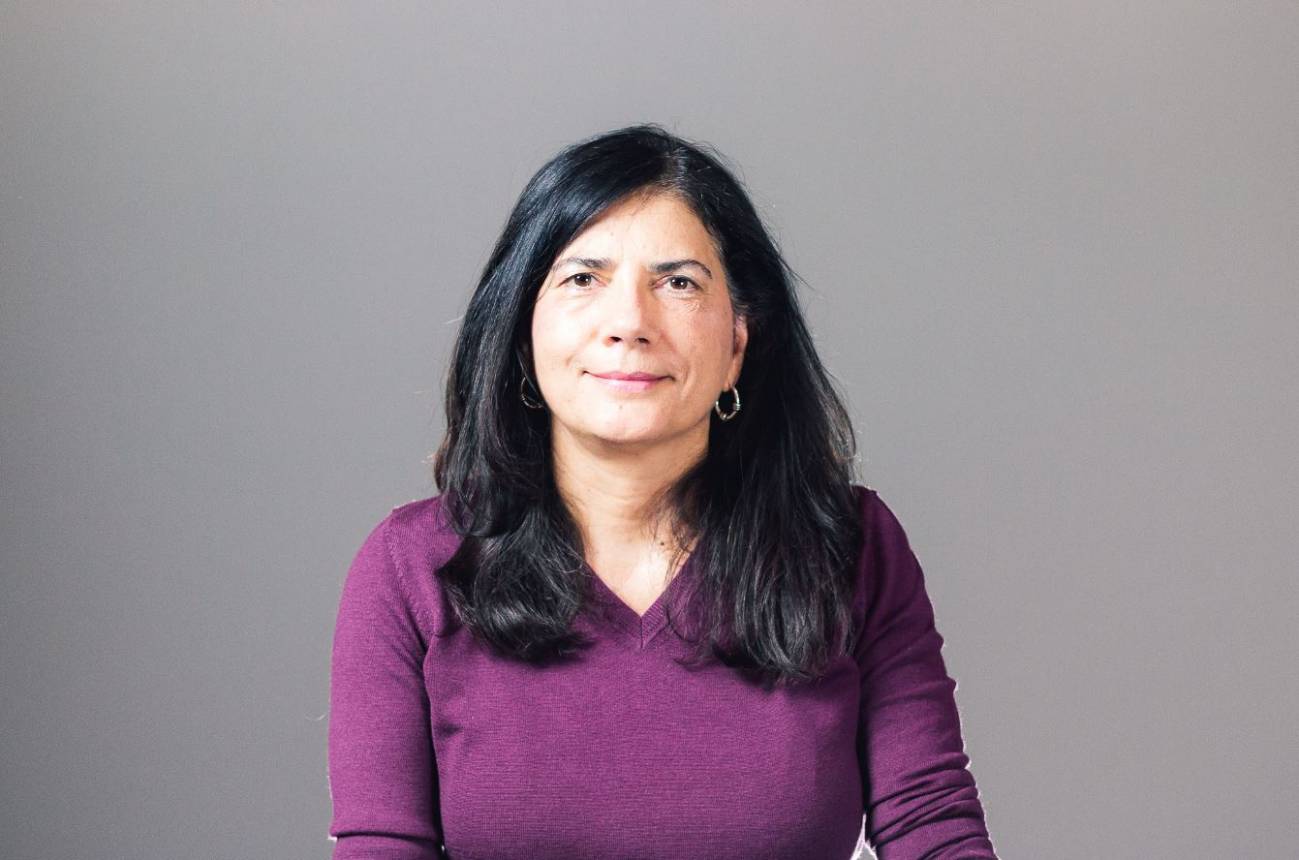 The problem of consciousness, or how matter becomes imagination, has been defined as “the ultimate intellectual challenge of this new millennium”. For many years it was considered an essentially philosophical or even religious issue, unapproachable by science. But that has changed.

The Human Brain Project (HBP) is a major European initiative that began in 2013 and in which more than one hundred research centres are working. With an estimated global funding of about one billion Euros, the challenge is that of making progress in the study of the brain from multiple different approaches. It has recently held its first international conference, with 250 scientists gathered in Barcelona to deal precisely with the study of consciousness. We have spoken with Mavi Sánchez Vives, director of the Systems Neuroscience group at IDIBAPS (Barcelona), a member of the project, coordinator of SloW-Dyn (a partnering project of the HBP) and the local organizer of the meeting.

What role does the study of consciousness play within the Human Brain Project?

There are many groups in the project that coincided on dealing with the issue of consciousness, whether on the basis of basic, clinical research and even of philosophy. This has made it become a main axis and that this theme has been chosen for the first major international conference of the Human Brain Project.

At what stage are we in the study of consciousness? How much do we really know?

Well, if we compare it, for example, with the great theories of physics, we must admit that we’re just starting. It was a topic that science was almost unwilling to deal with in the twentieth century; it was much disregarded among scientists because it was seen as unscientific, more typical of the religious field. But we must also bear in mind that problems of the alteration of consciousness such as those suffered by patients in a coma are a matter that some clinicians face daily, and in that sense there are advances: we are trying to standardize measures that tell us of a patient’s state of consciousness or even allow us to communicate with them through brain-computer interfaces.

Right now there are two great models that try to explain consciousness. What do they consist of?

[Sánchez Vives shares the question with Johan Storm, professor at the University of Oslo and organizer of the meeting]. "There are many models, but it is true that two of them are the most famous," explains Storm. “One is that of the Global Neural Network, which studies the neural networks and the areas of the brain needed for consciousness to emerge. The second is the so-called Integrated Information Theory, which is more ambitious and tries to explain consciousness in its entirety through mathematical models. There’s a lot of debate about which one is better: I think the answer will lie somewhere in between”.

[Returning to Sánchez Vives]. The latter model seems to have been the basis for one of the tools that have been developed to measure the level of consciousness, including patients in coma, the so-called 'disturbance complexity index,' which in a way quantifies the echo that a magnetic stimulation produces in the brain. What does it consist of?

Yes, you have to think of the brain cortex as a network. If the network is very segregated, if everything acts very locally, there is no awareness. But if it’s too integrated, if everything connects with everything else, the response is very stereotyped and there is no awareness either. Consciousness occurs when there is a balance between integration and segregation -according to the Integrated Information Theory model-. What we do is disrupt the network with an electrical or magnetic stimulus: if the network is segregated, the response to the stimulus (the echo) is very short, not very complex; if it’s very integrated, there will be a general response that disappears very soon. But if that balance occurs, relationships are established between the nodes of the network that produce a much more complex response. This index has been validated in studies in people who are awake, asleep, under anaesthesia, in patients with different levels of coma ... The good thing for the doctor is that this index is an objective number that correlates quite well with the level of consciousness. This is particularly valuable in situations in which the patient doesn’t respond but may be conscious, which is why it’s necessary to identify objective measures of consciousness…

And could this index be applied to determine the degree of consciousness in animals? Is there any recognized tool to study this?

No, the problem is that we cannot use it as an absolute value to compare the brains of different species. What is certainly being studied in animals and within the project are the mechanisms that intervene in these responses and that vary, for example, with the level of anaesthesia. As regards the tools for studying whether there is consciousness in animals, there are useful tests like the mirror test, which tells you that, if an animal recognizes itself, it has some awareness of itself. But there is still confusion in this highly interdisciplinary field. To a large extent, definitions must be unified. But the most important problem is that we need a great theory of what consciousness is and we still don’t have that. Now, I do believe that it can be found. It may be a specific neural network, a certain pattern of brain activity, we still don’t know.

“A new, much more collaborative way of working in neuroscience has been begin, copying the model of physics”

Regarding the role of machines, what can their use and study contribute to an understanding of consciousness?

Within the Human Brain Project, many mathematical models are being created to try to explain consciousness from a theoretical point of view. Simulations are also being made in chips, emulations of neuronal circuits of millions of neurons that reproduce brain functions and that could at some point be integrated with the nervous system. By 'copying' the biology of the brain, which is so optimized by evolution, useful computational strategies can be generated.

You are part of the project as a central partner but also with a the partnering project called Slow Dyn, in which you research the slow waves of the brain that occur, for example, during sleep. What is known about them and why are they so important?

This is interesting because, in the early 1990s, one of the great open questions of neuroscience was the function of sleep, and a fundamental way of studying consciousness is to know how this disconnection occurs. However, in the last 25 years, a lot of evidence has accumulated of the role of sleep in cleaning mechanisms, in rebalancing and resetting the connection of synapses (synaptic homeostasis), metabolic balance (or homeostasis) or in how slow waves occurring during deep sleep improve cognition and memory consolidation. In fact, a commercial partner of Slow Dyn’s has developed a band-like device that is placed around the head, registers the brain´s activity and can induce this type of slow waves of sleep by means of auditory stimuli with the purpose of improving sleep.

It has already been published within the project that waves of this type were altered in mice, this being a model of early aging, and possibly also in diseases such as Alzheimer's. Is this a consequence of these processes?

Yes, we saw that the wave pattern was altered with aging and possibly with Alzheimer's, although work on Alzheimer's specifically will be published shortly. It seems clear that the alteration of sleep is a consequence of aging, but it is also true that alterations in sleep can facilitate the advance of cognitive deterioration associated with aging and associated neurological pathologies. In any case, the latter is still somewhat speculative.

The possibility of modifying, of restoring "young sleep in already elderly individuals" was also announced. Is this real?

Yes, a good example would be the device we talked about earlier. In principle, the idea was to collect information about the sleep of thousands of people of different ages, to have a sleep sample of a large population including different ages, which information does not yet exist. But there’s also the possibility of modifying it, because it’s been shown that a certain induction of the slow wave can be made, increasing the duration of these periods that older people have shortened. This has been proven by magnetic stimulation and also with auditory stimuli. If this is achieved systematically, a "youthful" sleep could be simulated, ideally with the corresponding cognitive benefit.

Going back to the project as a whole, what main contributions has it made so far? After some initial criticisms of its organization and conception, and after some changes, how’s it working out?

In my opinion, the Human Brain Project is now doing very well. The number of annual publications being generated is very large, but it’s not so much a matter of highlighting a particular discovery as the fact that a new, much more collaborative way of working in neuroscience has been begin, copying the model of physics. Individual and independent initiatives are also very important, but now infrastructures and platforms are being created to share data on a large scale that didn’t exist before. There is no doubt that many advances will be made, but for the moment we must focus above all on improving the necessary structures: the discoveries will be a consequence of all this.

SINC produces scientific news for the European SCOPE project, coordinated by FECYT and funded by the European Union through Horizon 2020, its funding program. The SCOPE mission is to communicate visionary research results of partnering projects in the framework of the Graphene Flagship and the Human Brain Project, as well as to enhance the FET Flagships partnering environment in the European Union.