The Spanish start-up Aglaris Cell is close to launching onto the market the world’s first bioreactor that cultures cell in a fully automated way, without using toxic additives. The device has attracted interest from the University of Oxford and the pharmaceutical giant, Merk. 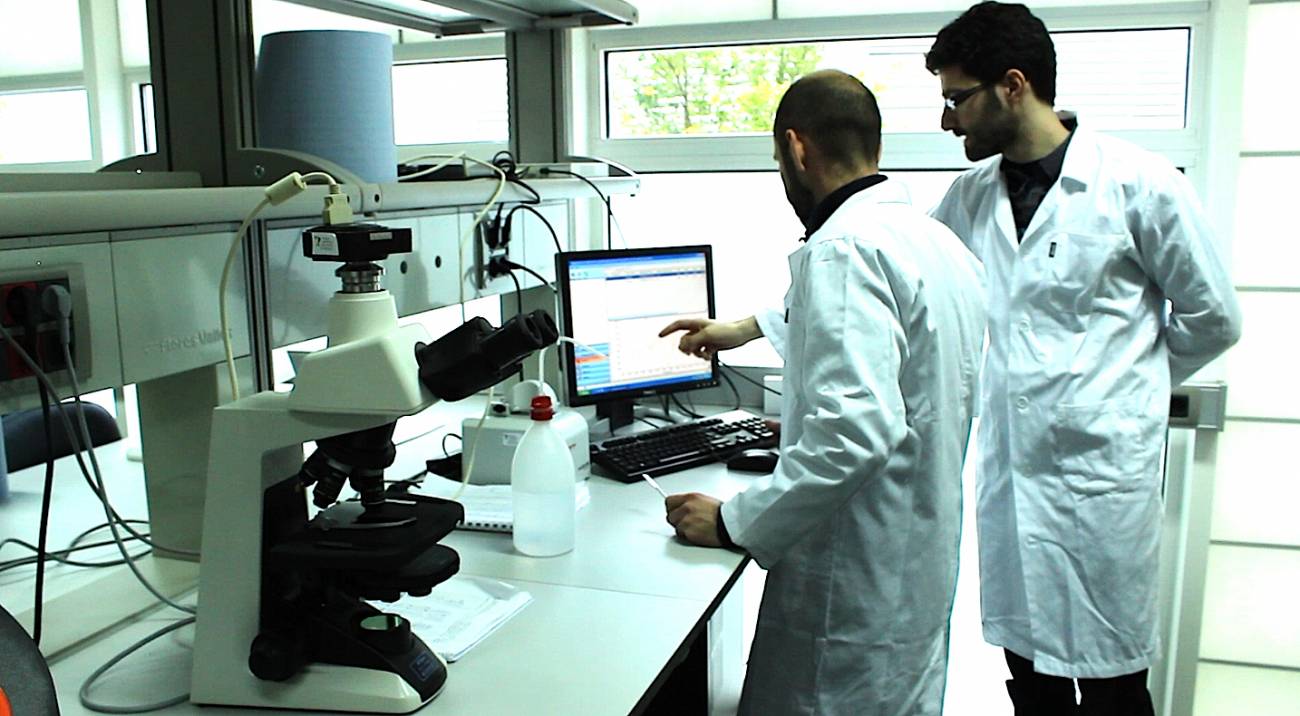 David Horna, a 33-year-old from Madrid and one of the co-founders of Aglaris Cell, whose offices are located in the Madrid Scientific Park (PCM), is in London this week to meet with investors to secure a second round of funding. Horna, alongside his two partners, Miquel Costa and Manuel A. González de la Peña, created the company a little over two years ago with the aim of developing a device that would automate stem cell cultures thereby making advances in the production of ‘live’ medicines.

UK has fallen in love with the idea and last year the entrepreneurs secured a first investment of around one million euros from British business angels. They also caught the attention of ISIS, the University of Oxford’s technology transfer office, which provides them with strategic and scientific advice.

As David Horna explained to SINC, after four years of intensive research and development, the prototype called Aglaris Facer 1.0, patented in 2012 in Spain and in the process of obtaining its international patent, “is practically ready to be on the market”. 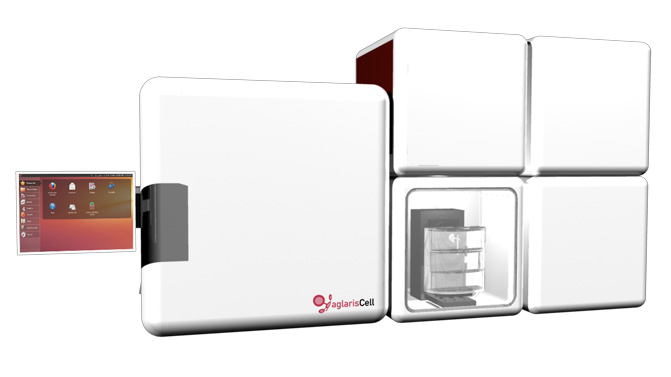 The idea of developing this device came about when the partners, who worked in various fields of biotechnology, noticed that more and more industries were using cells and tissues in their production processes.

“We saw that the way live medicines from stem cells were being produced was highly manual, and so we came up with the idea of designing and developing a cell culture bioreactor that could automate the entire process. We believe that the stem cell-based therapies sector is going to expand rapidly in the years to come and will become a very promising business,” Horna stated.

He noted that there are other bioreactors on the market and some have been able to automate some of the stages in the process, “but ours is the first in the world to perform all the process stages in a fully automated way”.

Until now, an additive called trypsin was usually used in this type of culture, however, trypsin is toxic for cells and removes part of the membrane’s proteins. “It has been used up to now because there was no other alternative, but our technology does not need to use this product,” Horna said.

“Instead, our development uses an iterative method of cell culture which enables us to completely automate and remove the need for human involvement in the cell separation and washing stages, without using any additives that increase the toxicity level. We have achieved this by using smart surfaces that make cell adhesion and de-adhesion possible depending on changes in the environment”, the co-founder explained.

He also adds that “we are currently finalising the developments that also make it possible to use the same device to produce genetically-modified cell lines for cellular reprogramming and gene therapies.” These advances build on the work Horna undertook for his thesis on smart surfaces at the Spanish National Centre for Cardiovascular Research (CNIC) and the Sarrià Institute of Chemistry (IQS) which was published in the ‘Advanced Healthcare Materials’ journal. Afterwards, the patent for this technology was exclusively licenced to Aglaris Cell.

“The process,” he stated, “is as follows: before the culture, cells are taken from the patient, for instance fat cells obtained through liposuction, and then the stem cells are extracted. The next step is to inject the cells into the bioreactor where they will grow. The end product is cells packaged in a bag”.

The device manages to produce a higher quantity of cells and of much higher quality than if they had been produced through manual culture, as there is no need to use trypsin. “We take much greater care of the cell and the culture quality; therefore the resulting ‘live’ medication can be far superior. These cultures are used in regenerative medicine therapies and cell quality is extremely important”.

The co-founder believes that this advance will be “extremely positive in cellular therapies as, apart from simplifying the process, it means the process can be repeated and carried out in a series. That means the batches can be the same throughout treatment, making the treatment better and lowering the risk of contamination”.

David Horna explained that cell cultures are usually grown in laminar flow hoods and that, although these are highly-controlled environments, there is always a risk of contamination; the risk that some agent, like a dust particle for instance, could get in. “On the other hand, Aglaris Facer 1.0 is fully sealed and isolated from the external environment,” he underlined.

The company is currently putting the final touches to the prototype “to make it look nice” before entering the commercial stage. In addition to British institutional and investment support, Aglaris Cell has been receiving strategic advice from the pharmaceutical giant Merk which has taken an interest in the product, Horna stated.

The device has two parts: what those in the firm call the ‘smart’ part which contains all the engineering components, the computer, valves, pumps and sensors; and the ‘dumb’ part, which contains the consumables. It is in this second part, which is like a disposable cartridge, that the culture is grown. “It’s important that this part is disposable because you must avoid cross contamination when working with ‘live’ medication,” the entrepreneur said.

“This gives us a massive advantage because, by changing this consumable, this means the device can have numerous different functions. Apart from the culture cartridge, we have another cartridge almost ready in which you will be able to modify, differentiate or reprogramme cells. You will be able to play with biology a little bit”.

According to the co-founder, potential customers of this system could be companies that develop therapies based on stem cell cultures. In Spain, for example, there is a company called Histocell, a University of the Basque Country spin-off that produces cultures to regenerate bones, heal wounds and inflammatory diseases. Another is Cellerix, which has merged with the Belgian company TiGenix, and grows cultures to repair knee cartilage and anal fistula and has products at an advanced clinical stage, very close to marketing. You could also add any user of cells, “as the Aglaris Facer 1.0 is a stand-alone cell culture device,” Horna emphasised.

The firm is currently in talks with a Madrid hospital, whose name it cannot reveal just yet, to conduct a joint study and publish it in a scientific journal.