A bad bite is associated with worse postural and balance control

In recent years there has been increasing medical interest in correcting teeth that do not touch perfectly in order to prevent problems such as jaw pain, gaps between teeth and crowding. Now, a new study carried out by Spanish researchers has concluded that dental occlusion is also related to the control of posture and balance. 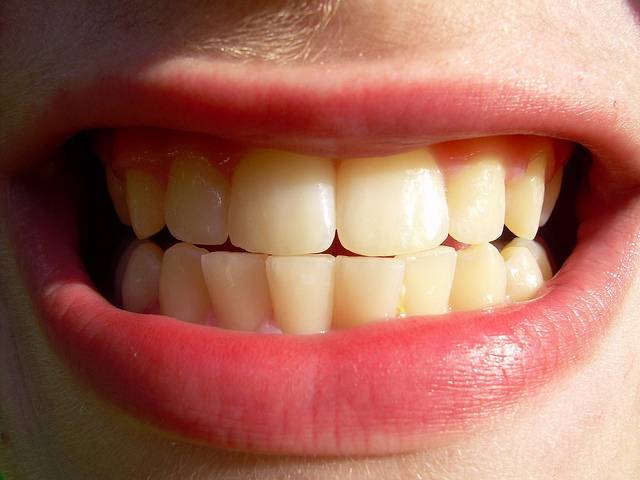 Dental occlusion is simply the contact made between the top and bottom teeth when closing the mouth. / Eltpics

Although it is a technical term, ‘dental occlusion’ is increasingly on the minds of many patients following a routine visit to the dentist. Doctor’s offices diagnose problems related to a bad bite such as a shifted midline, gaps between teeth, crowding, crossbites and missing teeth.

Dental occlusion is simply the contact made between the top and bottom teeth when closing the mouth. Teeth may be perfectly aligned or they may present alterations with varying levels of severity.

Two new studies, carried out in collaboration between the Department of Physiology at the University of Barcelona (Spain) and the University of Innsbruck (Austria), have confirmed a less obvious relationship between an imperfect bite and postural control.

Another aspect to be highlighted is that although this relationship may seem statistically weak, it grows stronger when a person experiences fatigue or when instability is a factor.

“When there is a malocclusion, it is classified according to scientifically established criteria. What is relevant in the study is that malocclusions have also been associated with different motor and physiological alterations”, explains Sonia Julià-Sánchez to Sinc, the main author of the studies and a researcher at the Catalan university.

Both studies, whose results have been published in ‘Motor Control’ and ‘Neuroscience Letters’, provide conclusive data which show that postural control is improved –both in static and dynamic equilibrium– when different malocclusions are corrected by positioning the jaw in a neutral position.

This relationship is not as obvious in everyday static conditions, although there may be conditions associated with pathologies, such as obesity, that worsen the body’s instability, thus decreasing postural control and increasing the risk of falls.

This relationship in athletes can play a crucial role in how well they ultimately perform as well as in the prevention of injuries such as sprains, strains and fractures caused by unexpected instability as fatigue increases and motor control capacity decreases.

“Therefore, it would be helpful for both the general population and athletes to consider correcting dental occlusions to improve postural control and thus prevent possible falls and instability due to a lack of motor system response”, adds Julià-Sánchez.

“Postural control is the result of a complex system that includes different sensory and motor elements arising from visual, somatosensory and vestibular information”, explains the expert.

In recent years there has been increasing scientific interest in the relationship between the stomatognathic system (the set of organs and tissues that allow us to eat, talk, chew, swallow and smile) and postural control.

The link may have a neurophysiological explanation. There is a reciprocal influence between the trigeminal nerve and the vestibular nucleus ‑which are responsible for the masticatory function and balance control, respectively‑ as well as between the muscles of mastication and of the neck.

This influence would explain why dental malocclusions negatively affect postural control. Up until now, however, there was no conclusive research.

“The main problem stems from the fact that the majority of these studies had statically assessed balance under conditions of total stability, which in practice has little actual application in the control of posture while in action”, points out Julià-Sánchez.

The first study took into account the type of dental occlusion as well as whether there had been previous orthodontic treatment. The results showed that alterations in alignment of the teeth were related to poorer control of static balance.

The second study assessed the type of dental occlusion, control of posture and physical fatigue in order to analyze a possible relationship among these factors. The analysis demonstrated that balance improved when malocclusions were corrected, and that the latter had a greater impact on postural control when subjects were fatigued than when they were rested.

“When the subjects were tired their balance was worse under both stable and unstable conditions. Under static conditions, the factor that had the greatest impact on imbalance was fatigue. In contrast, a significant relationship between exhaustion and dental occlusion was observed under conditions of maximum instability”, concluded Julià-Sánchez.

..it may slightly improve vision problem..