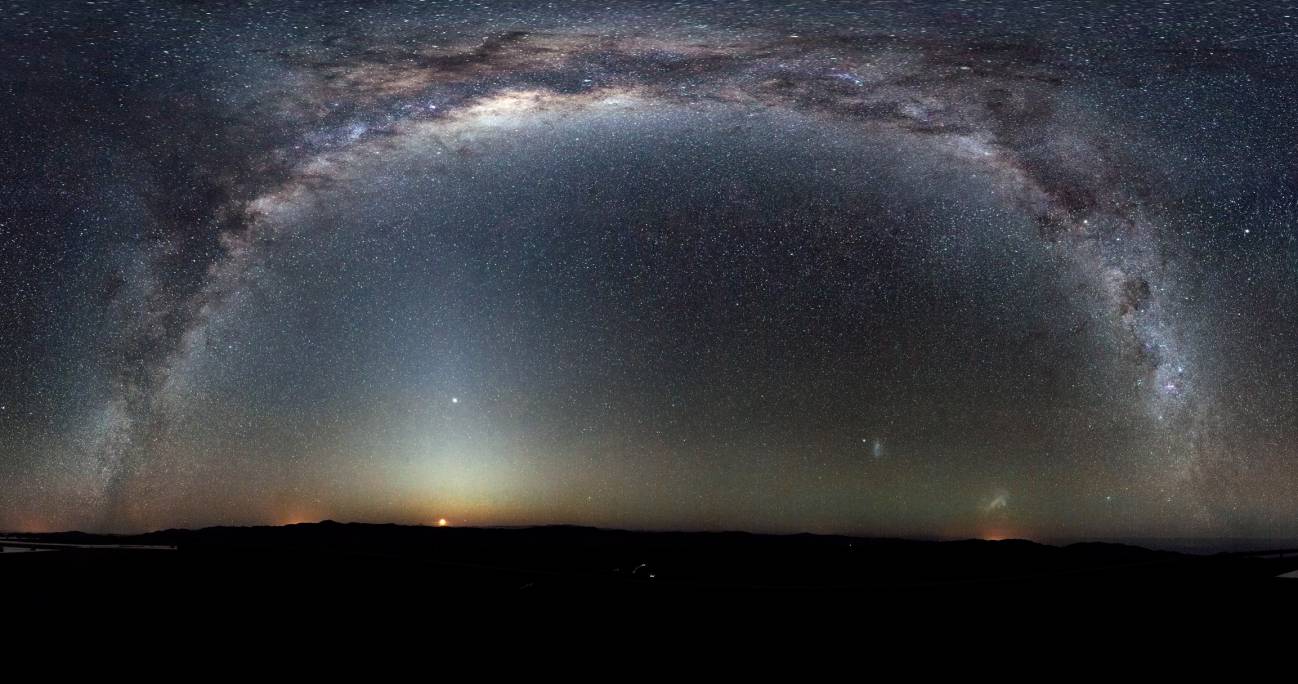 The Milky Way arcs into a panorama in the southern sky, taken from the Paranal Observatory, Chile. / ESO/H.H. Heyer

Globular clusters are spherical-shaped or globular stellar groupings - hence its name- which can contain millions of stars. There are about 200 of them in the Milky Way, but few are as intriguing to astronomers as the E 3 cluster.

It is situated around 30,000 light years away, in the southern constellation of Chameleon. A team of Spanish and Italian astronomers have named it "a ghost from the Milky Way’s past" in an article published recently in the ‘Astronomy & Astrophysics’ journal.

"This globular cluster, and a few similar ones - such as Palomar 5 or Palomar 14 - are `ghosts´ because they appear to be in the last stages of their existence, and we say ´from the past´ because they are very old. They were formed when our galaxy was virtually new-born, 13,000 million years ago," says one of the authors, Carlos de la Fuente Marcos.

E 3 is hidden behind younger and brighter objects located between the cluster and Earth, but it has been possible to analyse it thanks to the Very Large Telescope (VLT) held in the European Southern Observatory (ESO) in Cerro Paranal, Chile. The data obtained revealed some surprises.

"Unlike typical globular clusters, which contain hundreds of thousands and in some cases millions of stars, the object studied only has a few tens of thousands of them," says De la Fuente Marcos. "Additionally, it doesn’t have the typical circular symmetry, but a much distorted, almost ghostly, rhomboidal shape, contorted by the galactic gravitational waves".

According to another study on E 3 by Michigan State University (USA) researchers, published in The Astrophysical Journal, this cluster is chemically homogeneous, that is, it doesn’t have several star populations in its interior.

"This is characteristic of an object that was created in block, in one single episode, like what is supposed to have happened when our galaxy was born: very large star clusters (containing millions of stars) were formed, but what remains of them today are objects like E 3, ghosts from a distant past," says De la Fuente Marcos. He explains that the study of these objects "enables us to gain insight into the infancy of the Milky Way".

Despite the recently published new data on this strange globular cluster, astronomers still have to clarify if it was really formed in our galaxy or not. It is known that some of its clusters are not native to the Milky Way, but were captured, even though they can currently be seen in its interior. Thousands of millions of years ago, our galaxy cannibalised other smaller galaxies and kept their globular clusters. The rest were formed in-situ.

In the article, it is suggested that the object analysed could be dynamically related to other clusters, such as 47 Tucanae, one of the richest and largest of the Milky Way. They could even share the same stream of stars. If this were the case, it would support the hypothesis that E 3 was captured in the distant past.

"We hope to obtain new data in 2016, thanks to more spectroscopic observations, and perhaps we will be able to give answers to these questions," says De la Fuente Marcos, an independent astronomer who collaborates with colleagues from the Northern Catholic University and ESO in Chile, and the University of Padua, Italy. 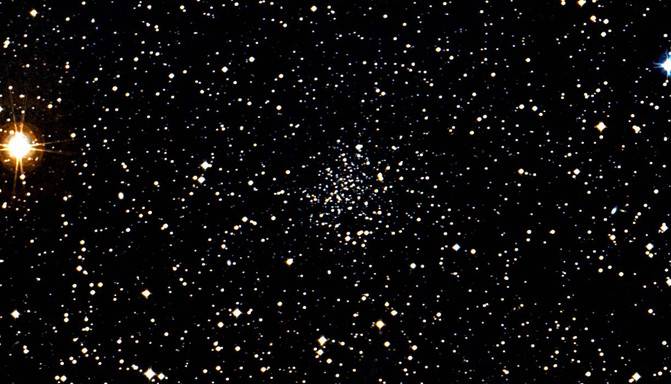