The gelatinous jaw of a sea worm, which becomes hard or flexible depending on the environment around it, has inspired researchers at the Massachusetts Institute of Technology to develop a new material that can be applied to soft robotics. Despite having the texture of a gel, this compound is endowed with great mechanical resistance and consistency, and is able to adapt to changing environments. 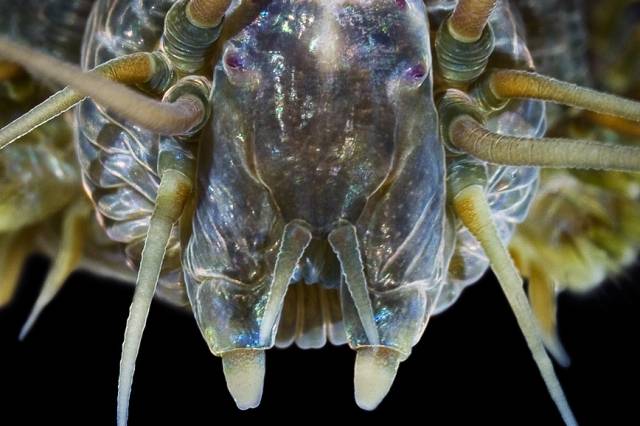 The Nereis virens worm inspired new research out of the MIT Laboratory for Atomistic and Molecular Mechanics. Its jaw is made of soft organic material, but is as strong as harder materials such as human dentin. / Alexander Semenov / Wikimedia Commons

Scientists at the Massachusetts Institute of Technology (MIT) have looked at a sea worm called Nereis virens in order to create a changing material, which has the ability to be flexible or rigid at convenience. The jaw of this worm has a texture similar to gelatin, but if the environment varies, the material may adopt the hardness of dentin or human bones.

The jaw of Nereis virens is composed of a protein that contains histidine, an amino acid that interacts with the ions of the environment and makes it more or less flexible

Chemical engineer Francisco Martín-Martínez, a Spanish researcher at the MIT Laboratory for Atomistic and Molecular Mechanics and co-author of the paper, explained to SINC, "the jaw of Nereis virens is composed of a protein that contains large amounts of histidine, an amino acid that interacts with the ions of the environment and makes it more or less flexible depending on the environment in which it finds itself.”

The material, described in a study published in the journal ‘ACS Nano’, has been developed in collaboration with the US Air Force Research Laboratory (AFRL).

"It's a hydrogel made from a synthesized protein, similar to the one that makes up the jaw of this worm and which gives it structural stability and impressive mechanical performance," says Martín-Martínez, who adds: "When we change the ions of the environment and the salt concentration, the material expands or contracts."

The team found that at the molecular level, the structure of protein material is strengthened when the environment contains zinc ions and certain pH indexes. The Zinc ions create chemical bonds with the structure of the compound. These bonds are reversible, and can form or break at convenience, making the material more dynamic and flexible.

In addition, the researchers at MIT have created a model which is capable of predicting how the substance operates and have conducted a theoretical study that explains the molecular mechanism responsible for that behaviour.

In this way, the researchers have been able to simulate, using supercomputers, how the compound behaves, in order to improve it and to design its molecular structure before taking it to the laboratory. As the AFRL is involved in its development, "the details of the synthesis are not in the public domain," says the co-author. 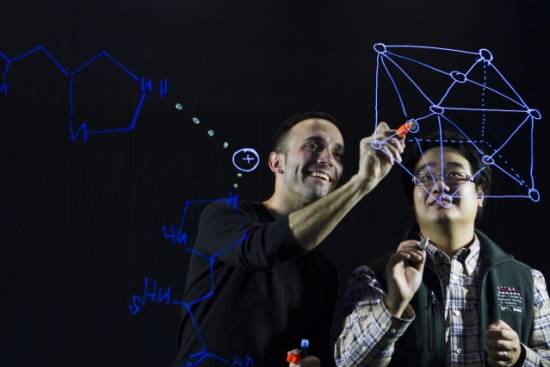 Research scientists Francisco Martin-Martinez and Zhao Qin sketch the molecular background of their research on Nereis virens, a marine worm with a remarkably strong and adaptable jaw. / Allison Dougherty

The new material could have different applications, as Martín-Martínez explains: "Its ability to contract and expand makes it especially suited to creating devices that work as muscles for so-called soft robots, which are made of polymers. It could also be used in the development of sensors that do not need to use external power supplies and control devices for complex electronic systems."

In this project, Martín-Martínez, originally from Granada (Spain), has been in charge of the theoretical study that explains the mechanism by which histidine interacts differently with different ions and causes the material to expand and contract. "Thanks to that, we understand what is happening and we can control it and improve it," he emphasizes.

Martín Martínez, who has been at MIT for three years and has specialized in the design and modelling of materials, believes that most of the problems that are being addressed with technology "have already been solved by nature, almost always in a much better way than we humans can develop, so for us it is a great source of inspiration," he concludes.