Researchers from the University of Copenhagen (Denmark), led by the Spanish researcher Guillermo Montoya, have discovered how Cpf1, a new molecular scissors unzip and cleave DNA. This member of the CRISPR-Cas family displays a high accuracy, capable of acting like a GPS in order to identify its destination within the intricate map of the genome. The high precision of Cpf1 will improve the use of this type of technology in repairing genetic damage and in other medical and biotechnological applications. 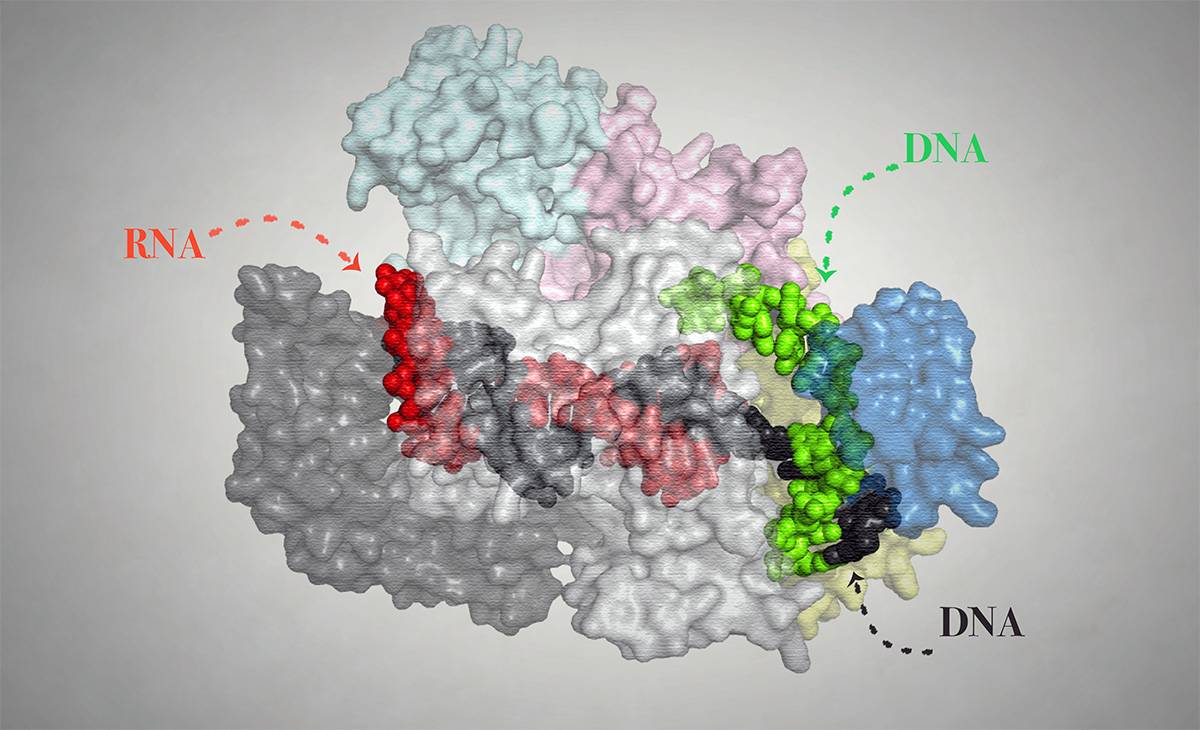 Representation of the Cpf1 protein in complex with its target RNA and target DNA. The determination of its structure at high resolution has allowed to reveal the modus operandi of this genetic engineering tool. / University of Copenhagen

A scientific team from in the Novo Nordisk Foundation Center for Protein Research (NNF-CPR), at the University of Copenhagen, has succeeded in visualizing and describing how a new system for genome editing, known as Cpf1, works. This protein belongs to the Cas family and enables the cleavage of double stranded DNA, thus allowing the initiation of the genome modification process. The results of the study have been published in the journal Nature.

Guillermo Montoya, a researcher in the fields of biochemistry and molecular biology who led the study, explains to SINC that the new molecular scissors “will enable us to more safely modify and edit the instructions written in the genome, due to the utmost precision of the target DNA sequence recognition”.

The new molecular scissors achieve complementary ends instead of blunt, as happens with Cas9, which facilitates the insertion of a DNA sequence

The CRISPR Cas9 system for cutting and paste genome sequences is already being used to modify animal and plant genomes. Also to treat illnesses, such as cancer and retinal diseases, in humans and its applications are growing very fast.

Researchers across the world are trying to perfect this genome editing technique with the aim of making it yet more precise and efficient. To achieve this, they have also focused on other proteins that specifically cut DNA, such as Cpf1, whose manipulation can direct them to specific locations in the genome. Montoya’s team has achieved this using an X-ray Crystallography to decipher the molecular mechanisms controlling this process.

“We radiated the crystals of the Cpf1 protein using X-rays to be able to observe its structure at atomic resolution, enabling us to see all its components,” points out the co-author of this study. “X-ray diffraction is one of the main biophysical techniques used to elucidate biomolecular structures,” he continues.

In his opinion, “the main advantage of Cpf1 lies in its high specificity and the cleaving mode of the DNA, since it is possible to create staggered ends with the new molecular scissors, instead of blunt-ended breaks as is the case with Cas9, which facilitates the insertion of a DNA sequence.” 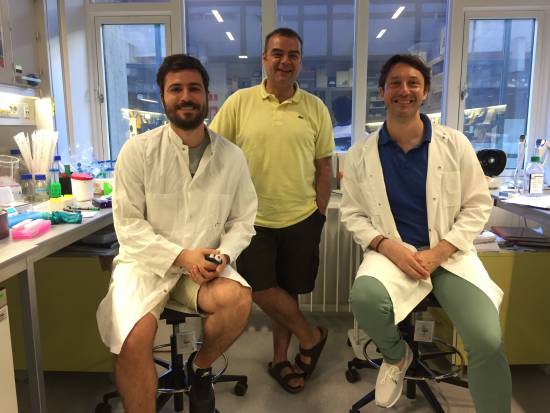 Researchers Pablo Alcón (left), Stefano Stella (right) and Guillermo Montoya (standing), authors of the study, in the laboratory of the Group of Crystallography of Macromolecules. / University of Copenhagen

“The high precision of this protein recognising the DNA sequence on which it is going to act functions like a GPS, directing the Cpf1 system within the intricate map of the genome to identify its destination. In comparison with other proteins used for this purpose, it is also very versatile and easy to be reprogrammed,” Montoya adds.

These properties make this system “particularly suitable for its use in the treatment of genetic diseases and tumours,” he affirms.

The team has previously worked with the French biotechnology company Celletics on the use of meganucleases –other proteins that can be redesigned to cut the genome in a specific location– to treat certain types of leukemia.

The new technology “can also be used to modify microorganisms, with the aim of synthesising the metabolites required in the production of drugs and biofuels,” adds Montoya.

This researcher, from Getxo (Biscay, Spain), says that there are many companies interested in this new technology. They are mostly from the biotechnology sector in the field of microorganism manipulation, but cannot be named due to confidentiality agreements.