Researchers at the Polytechnic University of Catalonia (UPC) have developed wireless sensors able to detect minute fissures in industrial machinery by the ultrasonic waves they emit, with which the fault can be located early before a serious breakdown occurs. The team is studying potential applications of this innovation in biomedicine to prevent bone fractures. 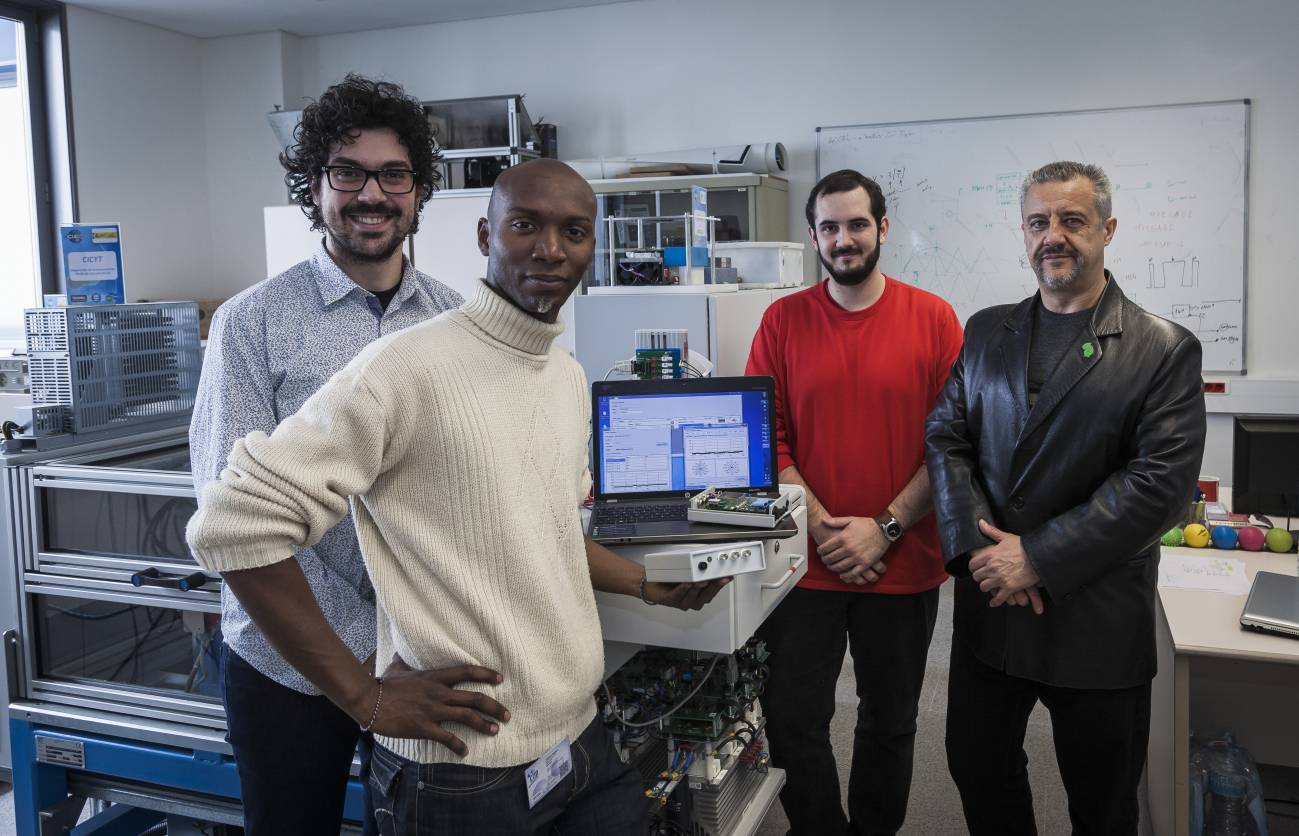 Until now, traditional systems for analysing machines studied vibrations to detect when a part or segment needed to be repaired or replaced due to impact, cracks, friction or wear. As Luis Romeral, Director of MCIA Innovation Electronics at the UPC Technology Centre (CIT UPC), explains to SINC: “The problem is that vibrations often appear when the machine already has a serious breakdown.”

Romeral is the coordinator of the European project Mosycousis, which was carried out over two years with an overall budget of €1.7 million. “The initiative consisted in developing new wireless sensors capable of detecting internal fractures of only a few microns in industrial machinery by analysing the ultrasonic waves they emit, using algorithms of artificial intelligence and advanced digital processing,” he elaborates.

“Often,” he adds, “mechanical wear manifests initially as an internal fracture or fissure in the metal. When this crack appears, the material begins to emit ultrasonic waves, which are high-frequency, low-amplitude sounds. These emissions are the ones we capture with the sensor head and we separate those that reflect the normal operative state from those caused by an internal fracture problem."

The new sensor shortens the time taken to detect the problem with the machinery before it begins vibrating or even an axle or another mechanical part breaks. “This maintenance to intervene earlier and plan it better to make the plant more secure,” the director affirms.

In his opinion, “maintenance that enables us to get ahead of a fault in the system to correct it before it suddenly shuts down will mean significant time and cost savings.”

The team led by Luis Romeral, in which Fundació CTM Centre Tecnològic and other companies and institutes in Ireland, Estonia Poland and Romania also participate, developed all the electronics forming the body of the sensor, a stand-alone device that feeds off the energy in the environment (from heat, mechanical or vibration sources). They also carried out the algorithmics of the signal processing to detect and identify the fault.

The sensor, as Romeral explains, was designed to capture ultrasonic waves at ranges that move between 50 and 300 kilohertz “because at this frequency range structural faults can be found in mechanical systems.” 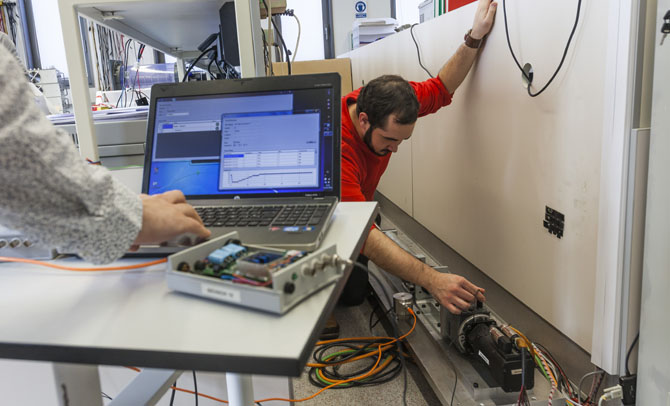 The idea is to install these devices in industrial plants or machines that are difficult to access, “because these sensors operate in situ and are capable of discerning whether the ultrasonic information captured corresponds to a normal state of operation or fault due to an internal fracture of part of the material, identifying the severity of the problem and issuing a warning or a notice wirelessly to a central computer.”

The acoustic sensors developed in the Mosycousis project could be employed in all kinds of rotating machinery, systems with gears, gearboxes, compressors, pumps, engines, ventilators, etc. “They could be used in production companies, metal manufacture, packaging chains and food packaging, the pharmaceutical industry, etc.,” according to the researcher.

Over the duration of the project, which ended last October and was financed by the EU's 7th R&D Framework Programme, participants also identified other uses that were not foreseen in the original plan.

“We have seen that this technology is worthwhile and highly applicable in detecting problems in the positioning of wind turbines and improving their maintenance. And on railways they can be placed on the rails at station entrances where there is a continuous track change to direct the train towards one platform or another, which causes significant mechanical wear," the director says.

Researchers at UPC is studying potential applications in biomedicine to prevent bone fractures.

For railway applications, the sensors would not be self-powered but connected directly to the power supply at the station, and, according to Romeral, they would enable small fractures on the base of the rails to be identified and serious breakdowns to be prevented.

But perhaps one of the most surprising applications of these new devices is in the field of biomedicine. “Ultrasound has already been used extensively to detect bone fractures, but the concepts developed in this project in terms of identifying frequencies and analysing signal are novel in this field,” Romeral continues.

“We have only just begun to assess the possibilities in this field and we can see that there are numerous prospects. The researchers we are speaking to have told us that identifying and locating a fracture in a three-dimensional system with three sensors separated from each other within a single bone could be of great interest. For this reason, we have begun a new line of work and initiated contacts, as yet confidential, in this field," he concludes.

I would like to know if there is an industrial sensor already at the market incorporating this technology
that I can buy in order to design some industrial applications.