Physics
New evidences of the passage of the Scholz´s star

A star disturbed the comets of the solar system in prehistory

About 70,000 years ago, when the human species was already on Earth, a small reddish star approached our solar system and gravitationally disturbed comets and asteroids. Astronomers from the Complutense University of Madrid and the University of Cambridge have verified that the movement of some of these objects is still marked by that stellar encounter. 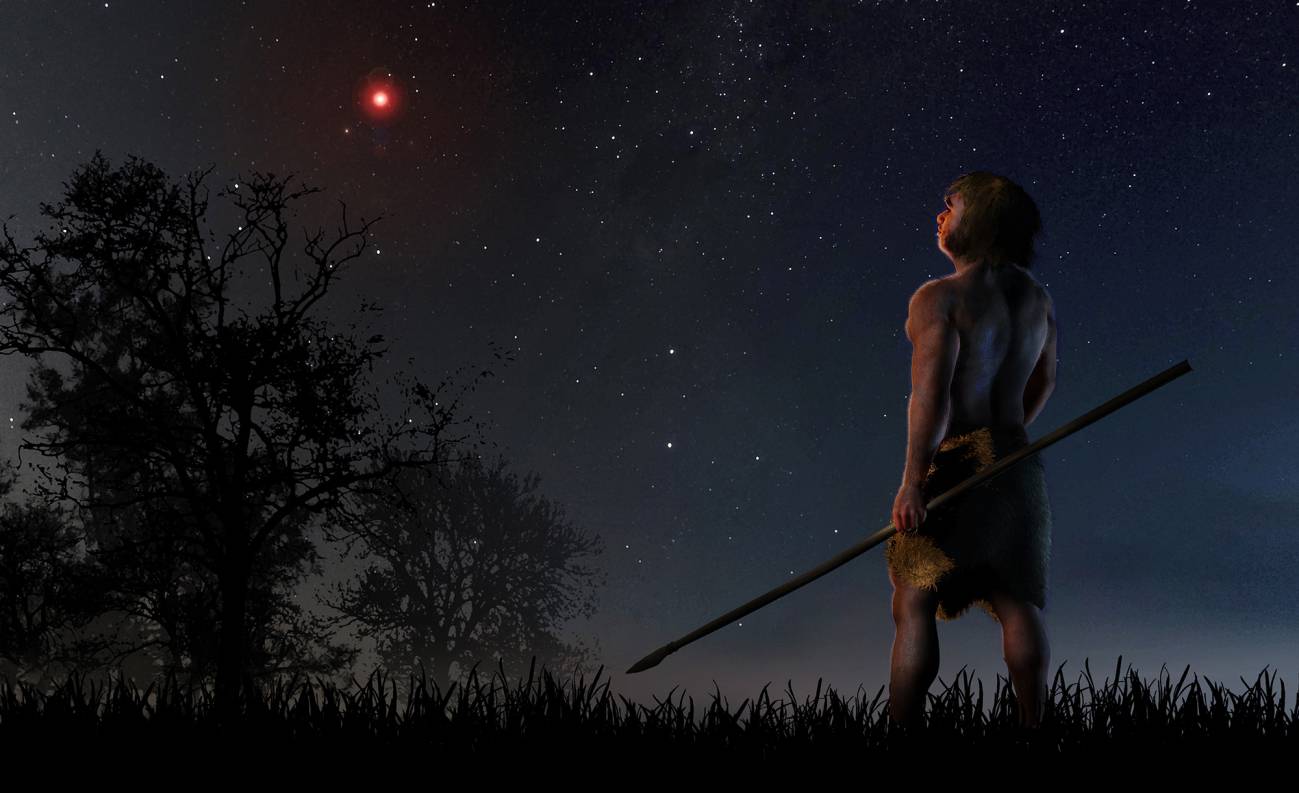 At a time when modern humans were beginning to leave Africa and the Neanderthals were living on our planet, Scholz´s star approached less than a light-year. / José A. Peñas/SINC

At a time when modern humans were beginning to leave Africa and the Neanderthals were living on our planet, Scholz's star - named after the German astronomer who discovered it - approached less than a light-year from the Sun. Nowadays it is almost 20 light-years away, but 70,000 years ago it entered the Oort cloud, a reservoir of trans-Neptunian objects located at the confines of the solar system.

This discovery was made public in 2015 by a team of astronomers led by Professor Eric Mamajek of the University of Rochester (USA). The details of that stellar flyby, the closest documented so far, were presented in The Astrophysical Journal Letters.

Now two astronomers from the Complutense University of Madrid (Spain), the brothers Carlos and Raúl de la Fuente Marcos, together with the researcher Sverre J. Aarseth of the University of Cambridge (United Kingdom), have analyzed for the first time the nearly 340 objects of the solar system with hyperbolic orbits (very open V-shaped, not the typical elliptical), and in doing so they have detected that the trajectory of some of them is influenced by the passage of Scholz´s star.

"Using numerical simulations we have calculated the radiants or positions in the sky from which all these hyperbolic objects seem to come," explains Carlos de la Fuente Marcos, who together with the other coauthors publishes the results in the MNRAS Letters journal.

"In principle," he adds, "one would expect those positions to be evenly distributed in the sky, particularly if these objects come from the Oort cloud; however, what we find is very different: a statistically significant accumulation of radiants. The pronounced over-density appears projected in the direction of the constellation of Gemini, which fits the close encounter with Scholz´s star."

The moment in which this star passed close to us and its position during prehistory coincide with the data of the new investigation and in those of Mamajek and his team. "It could be a coincidence, but it is unlikely that both location and time are compatible," says De la Fuente Marcos, who points out that their simulations suggest that Scholz´s star approached even more than the 0.6 light-years pointed out in the 2015 study as the lower limit.

The close fly-by of this star 70,000 years ago did not disturb all the hyperbolic objects of the solar system, only those that were closest to it at that time. "For example, the radiant of the famous interstellar asteroid` Oumuamua is in the constellation of Lyra (the Harp), very far from Gemini, therefore it is not part of the detected over-density, "says De la Fuente Marcos. He is confident that new studies and observations will confirm the idea that a star passed close to us in a relatively recent period.

Scholz´s star is actually a binary system formed by a small red dwarf, with about 9% of the mass of the Sun, around which a much less bright and smaller brown dwarf orbits. It is likely that our ancestors saw its faint reddish light in the nights of prehistory. 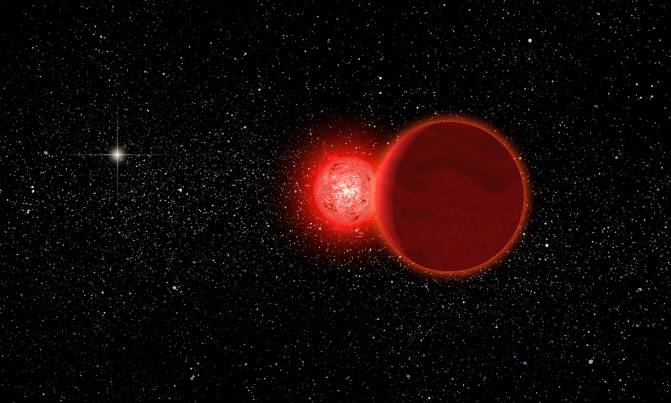 Artist's conception of Scholz's star and its brown dwarf companion (foreground) during its flyby of the solar system 70,000 years ago. The Sun (left, background) would have appeared as a brilliant star. The pair is now about 20 light years away. / Michael Osadciw/University of Rochester

In the simulation, it has the red dwarf appearing to be repelled by the sun. The orbit appears to face away from the solar system. It should be bent toward the sun because of its gravitational attraction.

The final line of this article together with the illustration implies that Scholz's star would have been steadily visible to humans during its close passage of the Solar System 70,000 years ago. This is not the case. The star would have had a magnitude of about 10.3, far under the magnitude 6 limit of human vision. However, if, as is fairly common to stars of its type, the red dwarf underwent flare episodes, it can occasionally have become briefly visible for minutes or hours at a time during rare flare events.

But how about Velikosvky and the Electric Universe model ??

I am looking for any information about the possibility that the "Camino de Santiago" in Spain, might have been a prehistoric path/pilgrimage dating to comet activity about 2000 BC. Even the symbol used today to mark the path, looks like a comet.