Accelerating rate of temperature rise in the Pyrenees

The Iberian Peninsula is undergoing climate change, with temperatures on the rise, and mountain ranges are not exempt from this trend. A team of scientists has analysed regional climate series from the Central Pyrenees for 1910 to 2013 (the most extensive climate records to date for the area), concluding that temperatures have risen at an increasing rate since 1970, particularly in spring and summer. 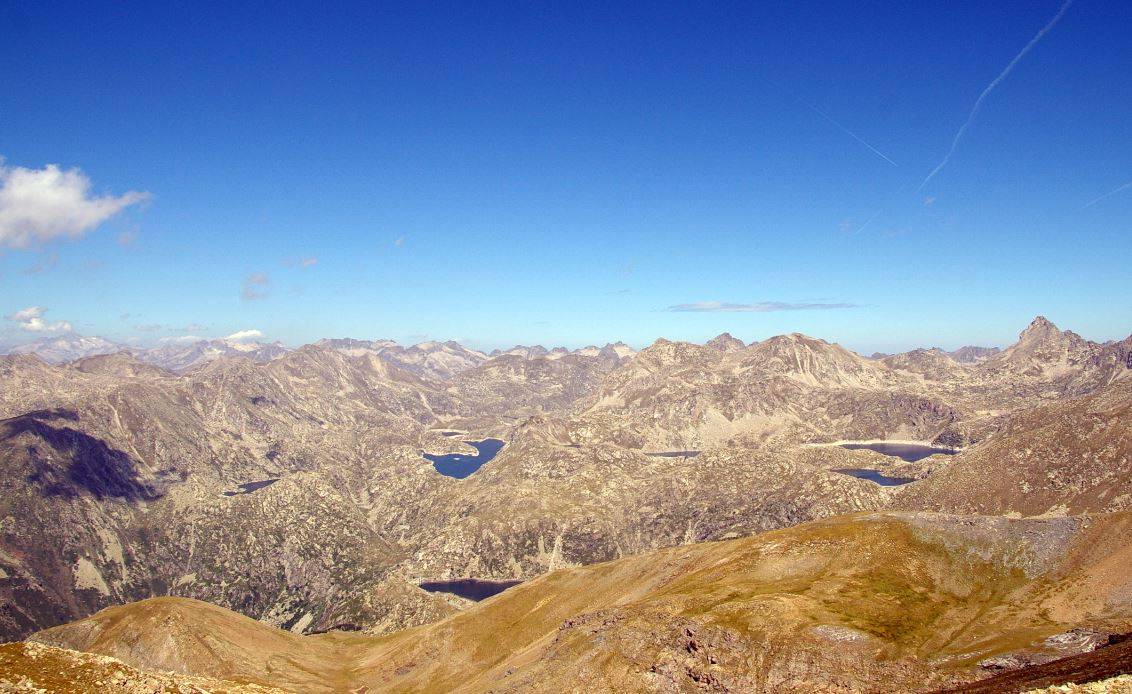 The impact of climate change in the Central Pyrenees has been greater since 1970, particularly in the spring and summer months. / Javier Sigró

In the past three decades, temperatures have risen by 2.5 °C in Spain, surpassing the European average of 0.95°C. Mountain ranges such as the Pyrenees are also subject to climate variations, however climate change does not affect all regions equally, hence the need for in-depth, long-term observation of these changes.

In order to analyse this climate change in the Pyrenees, a team from Rovira i Virgili University’s Centre for Climate Change collected hundreds of climate series from meteorological observatories on the southern side of the Central Pyrenees and analysed the most complete and representative series from the area for the period 1910–2013.

The findings, published in the ‘International Journal of Climatology’, show a significant rise in temperature over the century, at around 0.11 °C per decade. “However this change is particularly marked in the most recent period (1970 to 2013), when maximum temperature rose by over half a degree per decade (0.57 °C per decade),” SINC was told by Núria Pérez-Zanón, the lead author of the study.

According to the paper, climate change had a greater impact during the latest period, particularly in the spring and summer months. Between 1950 and 2013, the percentage of hot years doubled, while the percentage of cold years decreased by half. There has been an upward trend in this parameter, with 18 of the last 20 years being hot years.

In terms of minimum temperature, a smaller rise was observed (0.23 °C per decade) from 1970 to 2013; “this change is also significant, however,” said Javier Sigró, co-author of the paper. The season with the largest contribution to the recent warming was the spring, both for daytime maximum and night-time minimum temperatures, the authors assert.

In terms of precipitation, a decrease was observed in annual precipitation over the period as a whole, although these trends “are not significant.” This negative trend was more marked in winter during recent decades, from 1970 to 2013.

Most extensive climate records on the Pyrenees

“Individual series were subject to strict daily and monthly quality control to detect anomalous values, as well as homogeneity adjustments to minimise bias introduced by non-climate-related changes, such as location, modifications to the surroundings, or the equipment itself,” says Pérez-Zanón.

This way, scientists studied three variables (maximum temperature, minimum temperature and precipitation) in the Pyrenees in the period 1910–2013; “this is one of the most extensive climate records to date for this study area,” stresses Sigró.

The team used these quality, adjusted daily series to calculate other series for annual and seasonal anomalies over the past century. “The trend seen in these series tracks the climate change that is taking place in the Iberian Peninsula as a whole,” the researcher concludes.