An app knows if a beer has gone stale

Chemists at the Complutense University of Madrid have developed a method that allows brewers to measure the freshness of beer, using a polymer sensor that changes colour upon detecting furfural, a compound that appears when this beverage ages and gives it a stale flavour. The sensor can be controlled from a smartphone app also created by the team. 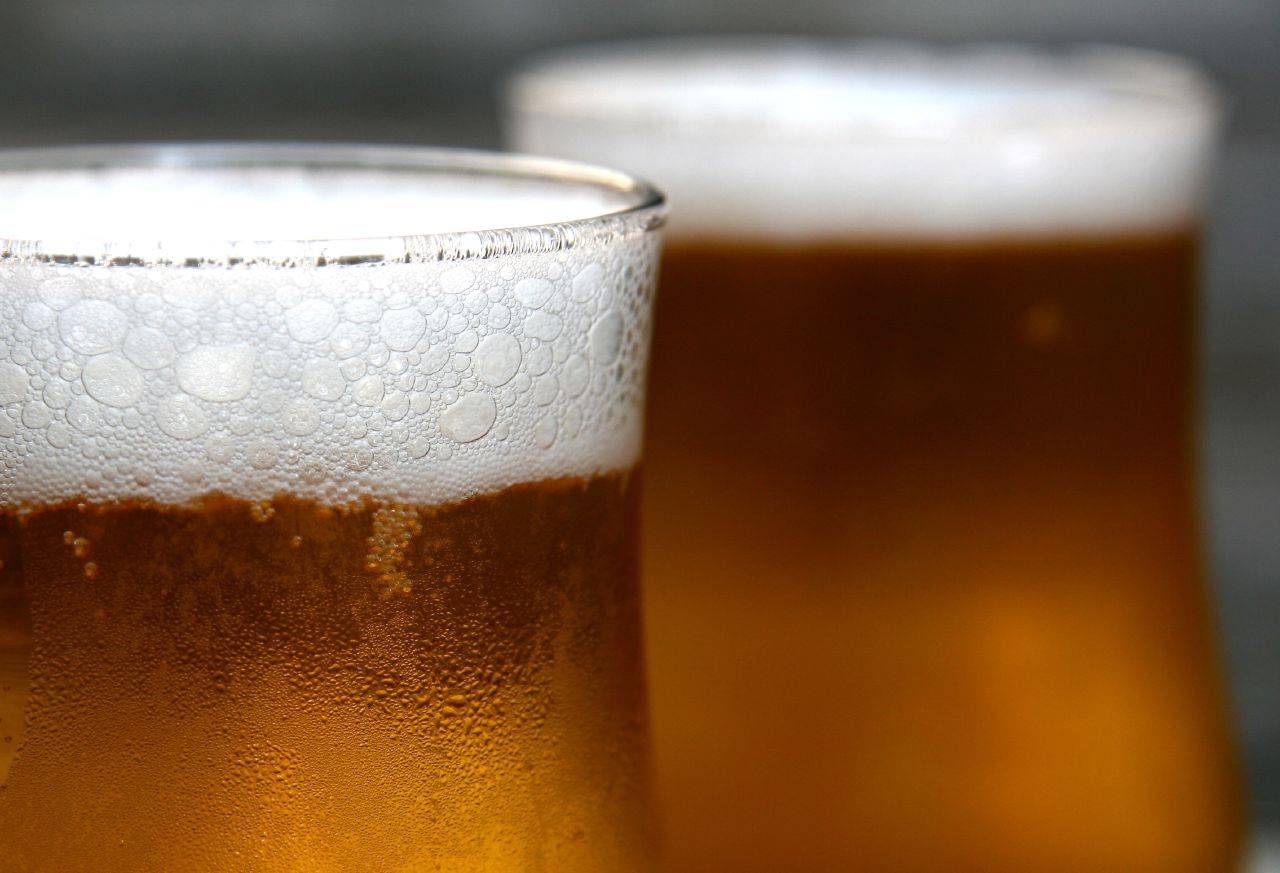 The team from the Complutense University of Madrid has developed a simple and inexpensive method to measure if the beer is stale. / Orse

Beer is one of the most widely consumed alcoholic beverages in the world. The flavour of each brand is one of its most relevant quality standards. However, depending on the beer type and its storage conditions, such flavour may be altered as a result of changes in the chemical composition produced during beer that, unlike what occurs in wines, has a negative effect on the quality of the flavour.

The sensor disc changes color when it detects furfural, a compound that appears when the beer ages

Now, a team of chemists, led by the researchers Elena Benito-Peña and María Cruz Moreno-Bondi from the Complutense University of Madrid (UCM), has developed a simple, low-cost method capable of measuring whether or not beer has gone stale, simply by using a sensor and a smartphone app. The results of the study have been published in the journal Analytical Chemistry.

Elena Benito-Peña explains to SINC that this development forms part of an INNPACTO project of the Spanish Ministry of Economic Affairs and Competitiveness, in which the UCM has collaborated with the Mahou-San Miguel brewing company.

The researcher points out that up until now brewers have measured furfural –a chemical compound that appears during the aging process of beer and gives it a stale taste– and other freshness indicators using methods based on chromatography techniques. “But these methods involve the use of expensive equipment and sample preparation is very time-consuming,” she highlights.

The system developed by the researchers at the UCM consists of sensor discs that detect the presence of furfural in beer. These sensors, made from a polymer similar to the one used to manufacture contact lenses, have been designed to change colour (from yellow to pink) when they come into contact with a beer containing furfural. 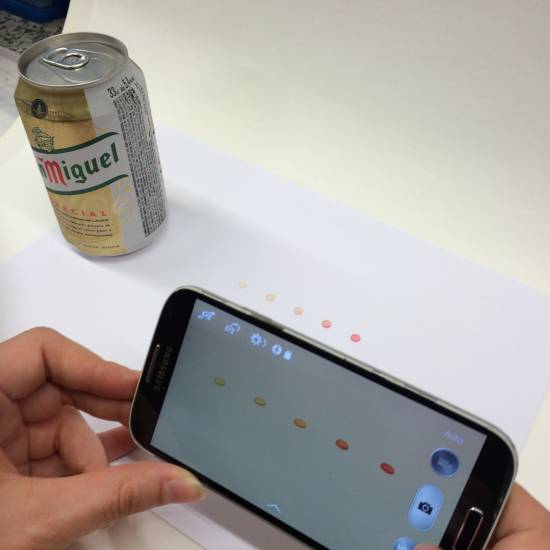 The sensors change from yellow to pink when they come into contact with a beer containing furfural. / UCM

“We have incorporated an aniline derivative into the sensor material which reacts with the furfural and produces a pink cyanine derivative that allows us to identify the presence of the marker in the sample. The intensity of the colour increases as the concentration of furfural in the beer rises and, thus, as more time passes since the beer was produced,” explains the chemist.

The team has also created a mobile app for Android smartphones that, by taking a picture of the sensor disc, allows for the identification of the amount of furfural present in the beer. With this data, the degree of freshness can be determined.

The application is available as open source, meaning that any programmer can utilise and modify it to be used on other platforms. In the future it will also be available for Apple IOS.

The low cost methot can also be used with other food products such as honey, milk and coffee

Benito-Peña recounts that the idea of developing the new method came about following a meeting with Mahou-San Miguel in which the company spoke about the technical difficulties they were having in detecting furfural directly at the production facilities.

The results of the tests on the new system “have been very satisfactory,” says the co-author. “The measurements have been taken using samples sent directly from the brewing company with different production dates and distinct degrees of aging. These same samples were also sent to a laboratory where they were analysed using gas chromatography coupled with mass spectrometry. The results we obtained were completely comparable,” she emphasises.

The method was initially developed for brewing companies. “Especially, because the global market for this product is huge. But it can also be used with other food products such as honey, milk, coffee, etc.,” indicates the researcher.