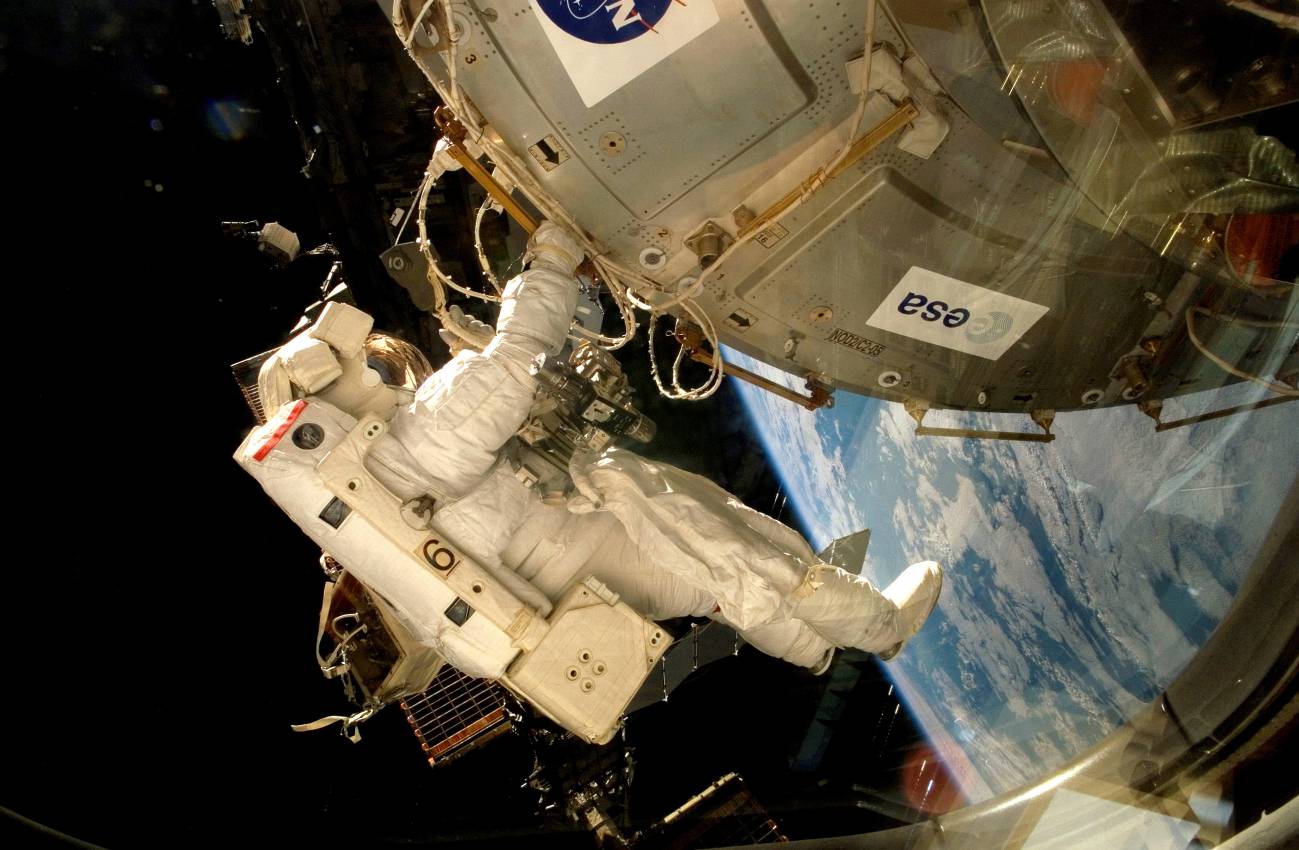 An astronaut fixes the EXPOSE-E platform onto the International Space Station. / ESA

The McMurdo Dry Valleys, located in the Antarctic Victoria Land, are considered to be the most similar earthly equivalent to Mars. They make up one of the driest and most hostile environments on our planet, where strong winds scour away even snow and ice. Only so-called cryptoendolithic microorganisms, capable of surviving in cracks in rocks, and certain lichens can withstand such harsh climatological conditions.

A few years ago a team of European researchers travelled to these remote valleys to collect samples of two species of cryptoendolithic fungi: Cryomyces antarcticus and Cryomyces minteri. The aim was to send them to the International Space Station (ISS) for them to be subjected to Martian conditions and space to observe their responses.

The tiny fungi were placed in cells (1.4 centimetres in diameter) on a platform for experiments known as EXPOSE-E, developed by the European Space Agency to withstand extreme environments. The platform was sent in the Space Shuttle Atlantis to the ISS and placed outside the Columbus module with the help of an astronaut from the team led by Belgian Frank de Winne.

For 18 months half of the Antarctic fungi were exposed to Mars-like conditions. More specifically, this is an atmosphere with 95% CO2, 1.6% argon, 0.15% oxygen, 2.7% nitrogen and 370 parts per million of H2O; and a pressure of 1,000 pascals. Through optical filters, samples were subjected to ultra-violet radiation as if on Mars (higher than 200 nanometres) and others to lower radiation, including separate control samples.

“The most relevant outcome was that more than 60% of the cells of the endolithic communities studied remained intact after ‘exposure to Mars’, or rather, the stability of their cellular DNA was still high,” highlights Rosa de la Torre Noetzel from Spain’s National Institute of Aerospace Technology (INTA), co-researcher on the project.

Section of rock colonised by cryptoendolithic microorganisms and the Cryomyces fungi in quartz crystals under an electron microscope. / S. Onofri et al.

The scientist explains that this work, published in the journal ‘Astrobiology’, forms part of an experiment known as the Lichens and Fungi Experiment (LIFE), “with which we have studied the fate or destiny of various communities of lithic organisms during a long-term voyage into space on the EXPOSE-E platform.”

“The results help to assess the survival ability and long-term stability of microorganisms and bioindicators on the surface of Mars, information which becomes fundamental and relevant for future experiments centred around the search for life on the red planet,” states De la Torre.

Also lichens from Gredos and the Alps

Researchers from the LIFE experiment, coordinated from Italy by Professor Silvano Onofri from the University of Tuscany, have also studied two species of lichens (Rhizocarpon geographicum and Xanthoria elegans) which can withstand extreme high-mountain environments. These have been gathered from the Sierra de Gredos (Avila, Spain) and the Alps (Austria), with half of the specimens also being exposed to Martian conditions.

Another range of samples (both lichens and fungi) was subjected to an extreme space environment (with temperature fluctuations of between -21.5 and +59.6 ºC, galactic-cosmic radiation of up to 190 megagrays, and a vacuum of between 10-7 to 10-4 pascals). The effect of the impact of ultra-violet extraterrestrial radiation on half of the samples was also examined.

After the year-and-a-half-long voyage, and the beginning of the experiment on Earth, the two species of lichens ‘exposed to Mars’ showed double the metabolic activity of those that had been subjected to space conditions, even reaching 80% more in the case of the species Xanthoria elegans.

The results showed subdued photosynthetic activity or viability in the lichens exposed to the harsh conditions of space (2.5% of samples), similar to that presented by the fungal cells (4.11%). In this space environment, 35% of fungal cells were also seen to have kept their membranes intact, a further sign of the resistance of Antarctic fungi.

The EXPOSE-E platform, where Antarctic fungi and lichens are placed, and members of the team before sending it to the International Space Station. / S. Onofri et al.