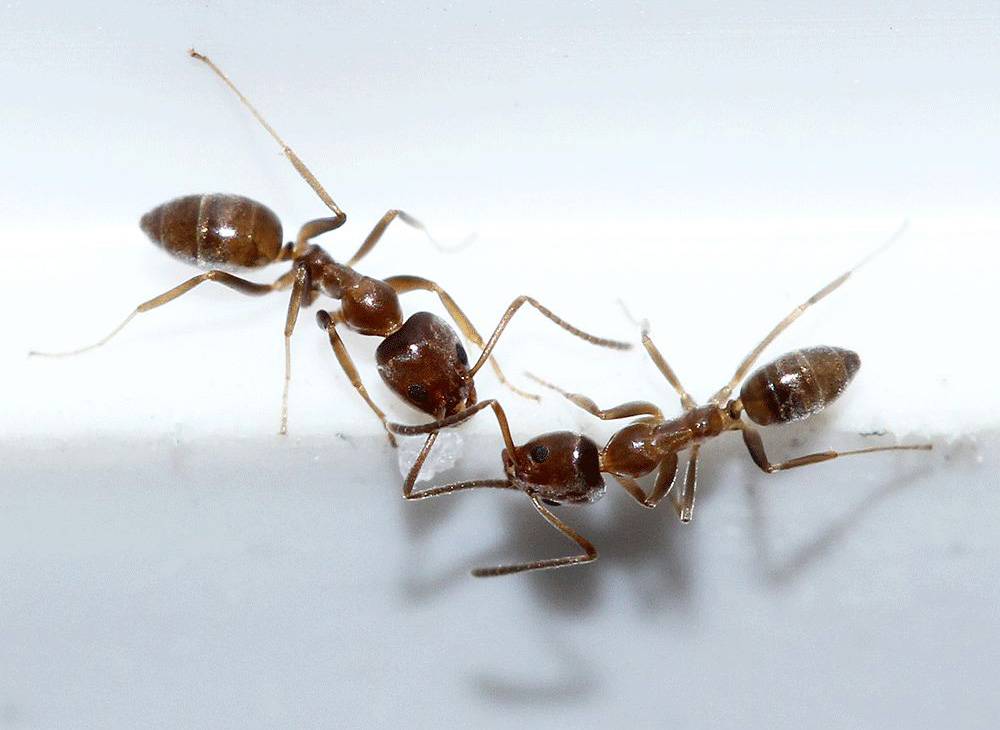 Scientists have yet to discover the mechanisms explaining how flocks of birds, shoals of fish, lines of ants and other complex natural systems organise themselves so well when moving collectively.

To tackle this problem, researchers from Spain and the U.S. have analysed the movements of Argentine ants (Linepithema humile, an invasive species in many parts of the world) while they forage or explore an empty space (a petri dish) and propose a model explaining how they form their routes.

The authors, whose study has been published in the journal ‘Mathematical Biosciences', started by observing the behaviour of ants individually and subsequently as a collective group. They recorded all their movements and based on these experiments, detected that the random changes in the direction of the insects follow mathematical patterns.

“To be more specific, they are a mixture of Gaussian and Pareto distributions, two probability functions which are commonly used in statistics, and that in this case dictate how much the ant ‘turns’ at each step and the direction it will travel in,” María Vela Pérez, researcher at the European University in Madrid and co-author of the study, explains to SINC.

The scientists had already verified in previous studies that the ‘persistence’ of ants, or rather, their tendency not to change their direction while there are no obstacles or external effects, together with the ‘reinforcement’ occurring in areas which they have already visited (thanks to the pheromone trail that they leave) are two factors which determine their routes as they forage.

Now, with this data they have been able to create the model describing the collective movement of the ants on a surface. The numerical simulations on the computer show the formation of ramified patterns very similar to those observed in the petri dishes during the real experiment with ants.

Aside from the mere biological interest, these advances could be applied in diverse technological fields. “For example, they could be used to design the coordination of a group of micro-robots or small robots to clean a contaminated area or other tasks,” Vela Pérez points out.

The researcher reminds us that the study of the modelling, organisation and coordination of the animal behaviour is a clear example of multidisciplinary collaboration: “biologists participate to perform the experiments in the laboratory and provide real data, in coordination with mathematicians and physicists who propose and solve the models”.

One of the researchers who has participated in this study is Marco A. Fontelos from the Institute of Mathematical Sciences (ICMAT), who has also co-authored another study regarding the formation of lines of ants that “can be characterised as bifurcations or trailblazing when the concentration of pheromones exceeds a certain value”. The theoretical model is based on partial differential equations and the details are published in the ‘Journal of Mathematical Analysis and Applications’

Marco A. Fontelos, Avner Friedman. “A PDE model for the dynamics of trail formation by ants”. Journal of Mathematical Analysis and Applications 425 (1): 1–19, 2015.