The impact of forest fires is becoming ever greater on the Iberian Peninsula and climate change is partly to blame. In order to evaluate the effect of an increase in temperatures, Spanish and Portuguese researchers have quantified the areas that will burn between now and the end of the century in the Peninsula. Climate model simulations reveal that burnt areas will triple as a result of global warming. 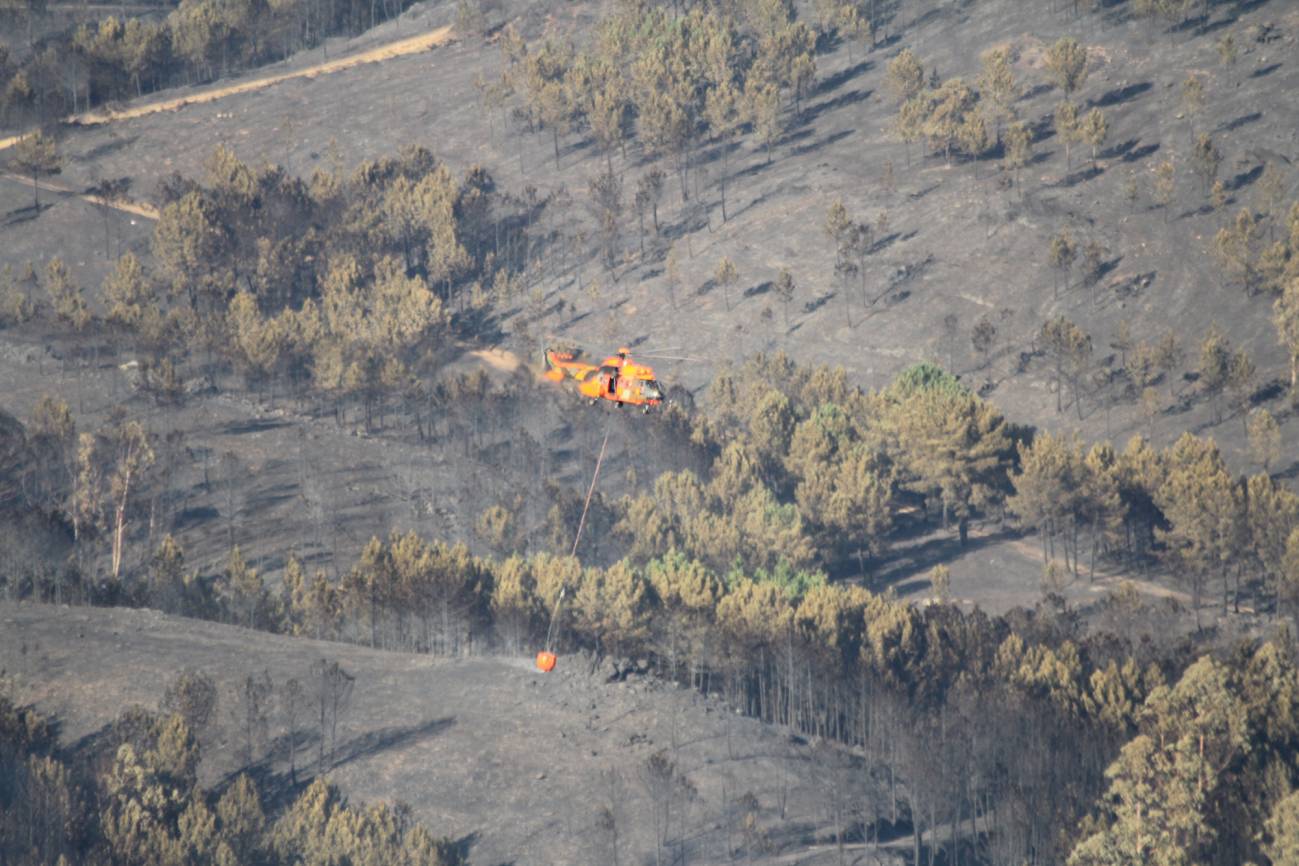 Areas burnt after the fire in Oia (Pontevedra) in which more than 1,800 hectares burned in 2013. / Contando estrelas

Forest fires are not a new threat to the Iberian Peninsula, which is on constant alert despite control measures. By way of example Portugal recorded the highest rates of burnt areas since 1980 due to fires between 2003 and 2005. In Spain, Galicia is no different: 2006 was marked by a high number of fires and burnt areas caused in part by human activity. Meteorological factors and the ever-greater impact of climate change are also to blame.

The results reveal a strong relationship between climate and its effect on fire activity in the Iberian Peninsula from 1981 to 2005.

In a new study, Spanish and Portuguese researchers have compared different methodologies to determine the effect of the increase in temperatures on forest fires. Its objective was to measure the area burnt in climate model simulations from different climate change scenarios for the 21st century.

“We have worked directly with a fire activity indicator (the resulting burnt area) and analysed the different alternative methodologies to estimate future trends of this index from climate model simulations,” Joaquín Bedia, researcher at the Institute of Physics of Cantabria, a University of Cantabria and CSIC centre, tells SINC.

The results, published in ‘Agricultural and Forest Meteorology’, reveal a strong relationship between climate and its effect on fire activity in the Iberian Peninsula from 1981 to 2005. “This not only happens during the summer season, but also at other times depending on specific atmospheric episodes,” says Bedia.

The scientists warn of an alarming scenario in which, by the year 2075, the burnt areas in the Peninsula will have tripled compared to the areas that currently burn. In northern regions, climate change impact projections will be slightly lower. In this case, the areas destroyed by fire will have doubled.

The increase of temperatures will be even greater from 2051 to 2075, given that an increase of 4 ºC in predicted for the summer months

The study has allowed models to be developed which are able to predict the burnt area from the prevailing meteorological conditions on the different regions of the Peninsula, and extrapolate these conditions based on the climate projections for the 21st century provided by different regional climate models from different European centres.

In this way, in the northwest of the Peninsula for example, the models predict an increase of 2 to 3 ºC during the months of July and August, which means a greater number of extremely hot days in the coming years. Similarly, the number of rainy days will fall by 25% in this period. The increase will be even greater from 2051 to 2075, given that an increase of 4 ºC in predicted for the summer months, a critical time for fires. Risk of fires also increases due to other meteorological factors such as prolonged droughts.

For the research team these changes seem inevitable in climate and environmental terms. This is why scientists warn that preparation and mitigation tasks are required for these changes, regardless of the impacts of the land use and human activity.