For the first time, Spanish researchers have detected an unknown interaction between microorganisms and salt. When Escherichia coli cells are introduced into a droplet of salt water and is left to dry, bacteria manipulate the sodium chloride crystallisation to create biomineralogical biosaline 3D morphologically complex formations, where they hibernate. Afterwards, simply by rehydrating the material, bacteria are revived. The discovery was made by chance with a home microscope, but it made the cover of the ‘Astrobiology’ journal and may help us find signs of life on other planets. 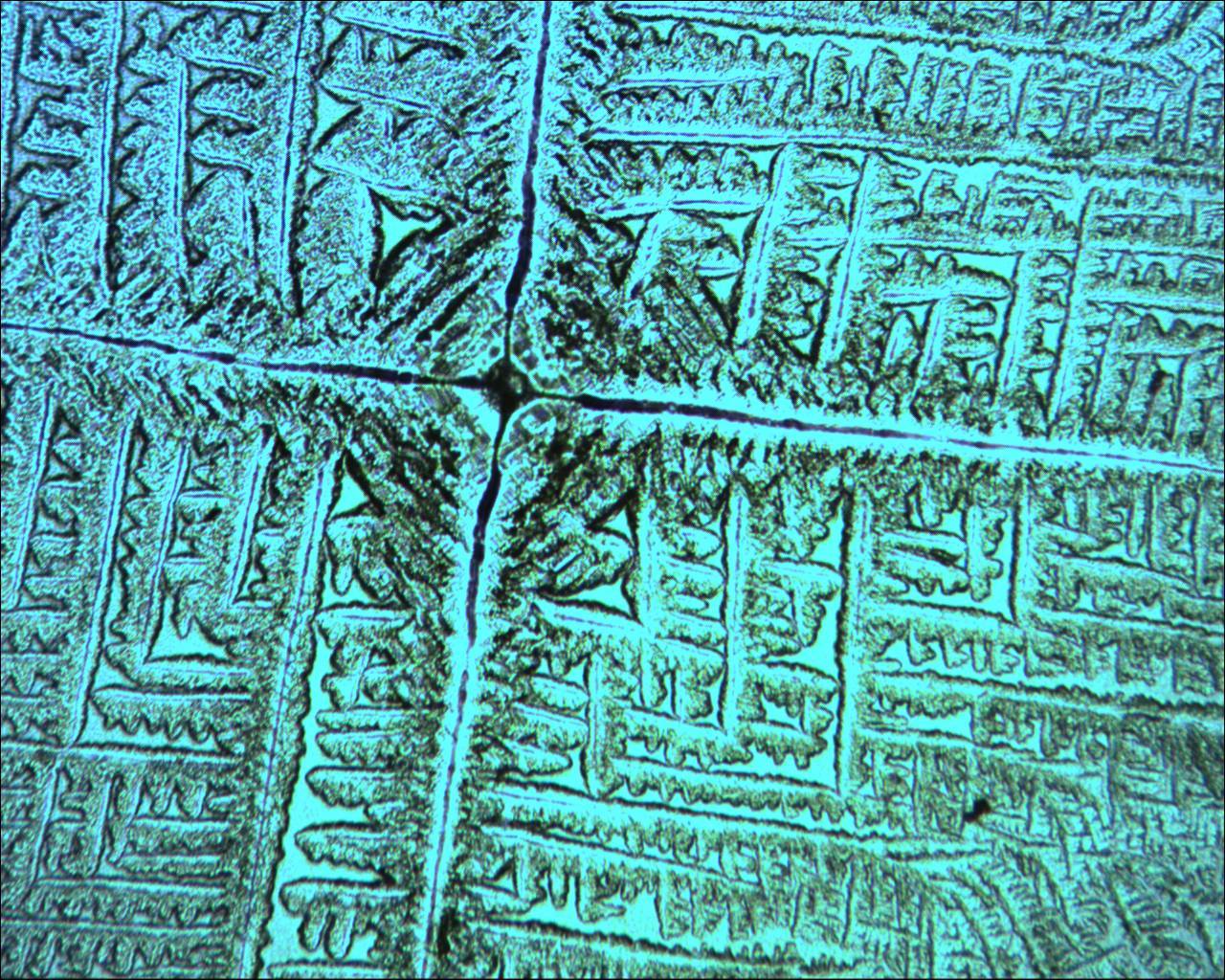 The bacterium Escherichia coli is one of the most studied living forms by biologists, but none had to date noticed what this microorganism can do within a simple drop of salt water: create impressive biomineralogical patterns in which it shelters itself when it dries.

“It was a complete surprise, a fully unexpected result, when I introduced E. coli cells into salt water and I realised that the bacteria had the ability to join the salt crystallisation and modulate the development and growth of the sodium chloride crystals,” biologist José María Gómez told SINC.

“Thus, in around four hours, in the drop of water that had dried, an impressive tapestry of biosaline patterns was created with complex 3D architecture," added the researcher, who made the discovery with the microscope in his house, although he later confirmed it with the help of his colleagues from the Laboratory of BioMineralogy and Astrobiological Research (LBMARS, University of Valladolid-CSIC), Spain.

Until present, we knew of similar patterns created from saline solutions and isolated proteins, but this is the first report that demonstrates how whole bacterial cells can manage the crystallisation of sodium chloride (NaCl) and generate self-organised biosaline structures of a fractal or dendritic appearance. The study and the striking three-dimensional patterns are on the front cover of this month’s ‘Astrobiology’ edition.

“The most interesting result is that the bacteria enter a state of hibernation inside these desiccated patterns, but they can later be ‘revived’ simply by rehydration,” said Gómez, who highlighted a very important result from an astrobiological point of view: “Given the richness and complexity of these formations, they may be used as biosignatures in the search for life in extremely dry environments outside our own planet, such as the surface of Mars or that of Jupiter’s satellite, Europa”.

In fact, the LBMARS laboratory participates in the development of the Raman RLS instrument of the ExoMars rover, the mission that the European Space Agency (ESA) will send to the red planet in 2018, and this new finding may help them search for possible biological signs. According to the researcher, “the patterns observed will help calibrate the instrument and test its detection of signs of hibernation or traces of Martian life”.

“The challenge we now face is to understand how the bacteria control the crystallisation of NaCl to create these incredible 3D structures and vice-versa, how salt influences this action, as well as studying the structure of these microorganisms that withstand desiccation,” said Gómez, who reminds us that a simple curiosity and excitement about science, although it may be with simple means, still allows us to make some interesting discoveries: “This is a tribute to scientists such as the Spaniard Santiago Ramón y Cajal and the Dutch scientist Anton van Leeuwenhoek, who also worked from home with their own microscopes”.

In this situation as the water is drying, increase the bacterial gradient (difference of concentration between intracellular and extracelluar), that repels one bacteria from the other and the salts - because of the electrostatic field generated, formed = (Zeta Potential) that ((models the salts))! To a point that there is no more water and they become spores; but the salt struture remains showing a crystalline structure generated by the electrostatic forces (Zeta potential) Once present..

Other elements existing in salts in nature must be considered in these experiments.
For instance Lithium is a very primal element that was the only one of 3 that could exist in the 380,000. years of the birth of our universe. (For instance the atomic number of Li is 3 which suggests an interaction 2 and 3 as a cooperative 'dance' and we see that same 'dance' in the sodium/potassium Pump that provides our life energy from moment to moment).
It would be very interesting to see these experiments with other elements included especially as they are found terrestrially or beyond.