Behind the apparent randomness of a basketball game, a process of self-organisation is actually taking place amid the teams. The interactions between team mates and opponents are constantly influencing each other while the game itself allows for creative behaviours to emerge. This phenomenon, detected by Spanish researchers after analysing over 6,000 NBA games, resembles the way in which living things must continually evolve in order to survive in nature. 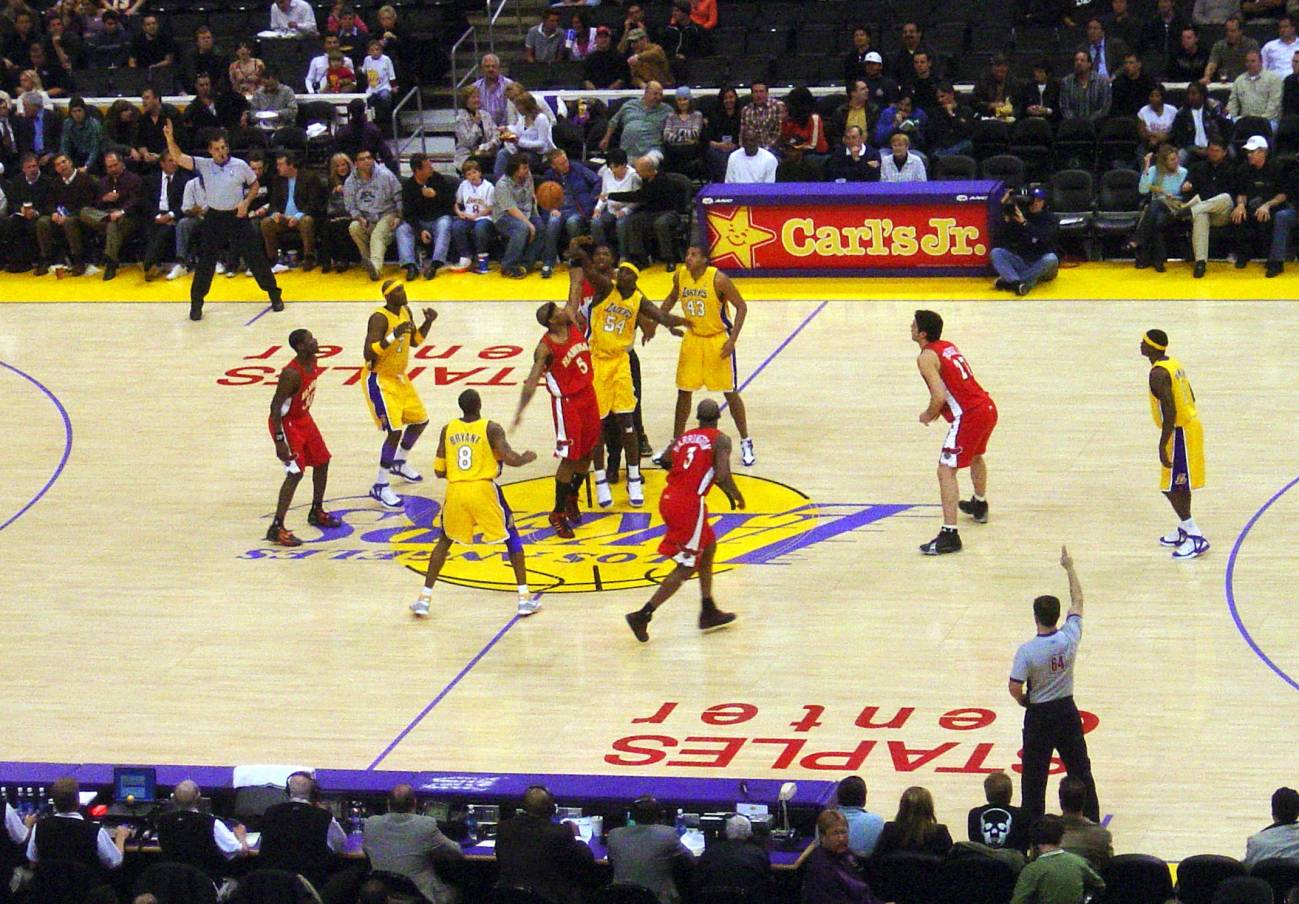 Researchers examined how teams structured themselves during 6,130 NBA games. / Malingering

The subjects of the Red Queen –one of the characters from the novel 'Through the Looking-Glass' by Lewis Carroll– must always be on the run in order to avoid being left behind in their country which is constantly moving. This story inspired the so-called 'Red Queen Evolutionary Hypothesis' that contemplates how species must continuously improve in order to simply maintain their status within the environment where they co-evolve alongside other living things.

Now, researchers from the University of Las Palmas de Gran Canaria (Spain) have observed that something similar happens in basketball after examining how teams structured themselves during 6,130 NBA games while the scoreboard progressed.

“Many researchers consider basketball to be a random sport (according to a Poisson probability distribution), but the reality is actually much more complex, just as in natural systems,” explains Yves de Saá Guerra, co-author of this study that has been published in the 'International Journal of Heat and Technology.'

The findings reveal that basketball teams can be considered self-organised systems seeing as they tend to drive a game flow when it works (a series of actions at a certain place and time), or cut it off when it no longer works, thus allowing for the creation of a different game flow if necessary, although an unpredictable process.

Faced with a problem, each team –considered a system– can propose several valid solutions. For instance, rather than passing the ball to a certain player, it can be handed off to another. The ball could also be shot or blocked, space could be created, or several actions could be implemented at the same time. The way the game itself plays out promotes team creativity.

“All of these processes take place continuously and simultaneously throughout the entire game; in fact, what makes sports such as basketball so attractive to fans and to the media is the possibility for new behaviours to arise in teams,” points out De Saá Guerra.

Everything leads up to the final minute

The self-organisation of teams can intensify at any point during the game, but this process is most intense during the final minute, especially in close games. “The game is completely chaotic during those final 60 seconds, but chaotic in the scientific sense of the word: the game seems random, irrational, but it isn't,” says De Saá Guerra, who highlights the similarity between the 'Red Queen Hypothesis' in nature and the fact that the two teams strive to maintain the advantage throughout the entire game in order to make it to that momentous final minute.

In a predator-prey system, for instance, or in a natural changing environment with limited resources, species evolve in their arms race by adapting. They continuously fight and give it their all just to survive, not to ensure their triumph. In such cases, a small adaptive advantage can go a long way.

"Likewise, basketball teams must fight extremely hard simply to make it to that last minute, and any advantage –as small as it may seem– can be critical at that moment,” says the researcher. “Whatever happened leading up to that final moment no longer matters: any mistake, head start or slip-up, etc. can determine the outcome of the game.”

In the NBA, the most cut-throat games are decided in those last 60 seconds when fouls play a major role (94.02% of the items noted during that time period). It is during that final minute when collaboration, intercommunication, mutual support, game strategies and, in a word, the self-organisation between the elements of the system, can be key.

Just as in natural systems, the teams which are best able to adapt to any situation that may arise will have a better chance of winning. This phenomenon can also be understood from a more philosophical point of view where what is important is the group ‑not the ego. As Phil Jackson –the former coach of the Chicago Bulls– said: "basketball puts the 'me' in service of the 'we'." In other words, basketball means cooperating and evolving without reciprocity, without expecting anything in return, only for the good of the team.