Saffron from Spain is one of the world's most superior varieties, but the majority of this product which is labelled and exported as such originates in other countries. Scientists from the Czech Republic and Spain confirmed this false labelling after analysing 44 commercial products. By using a new technique based on each type of saffron's unique chemical 'fingerprint', the scientists have proved that over 50% of the samples were fraudulent. 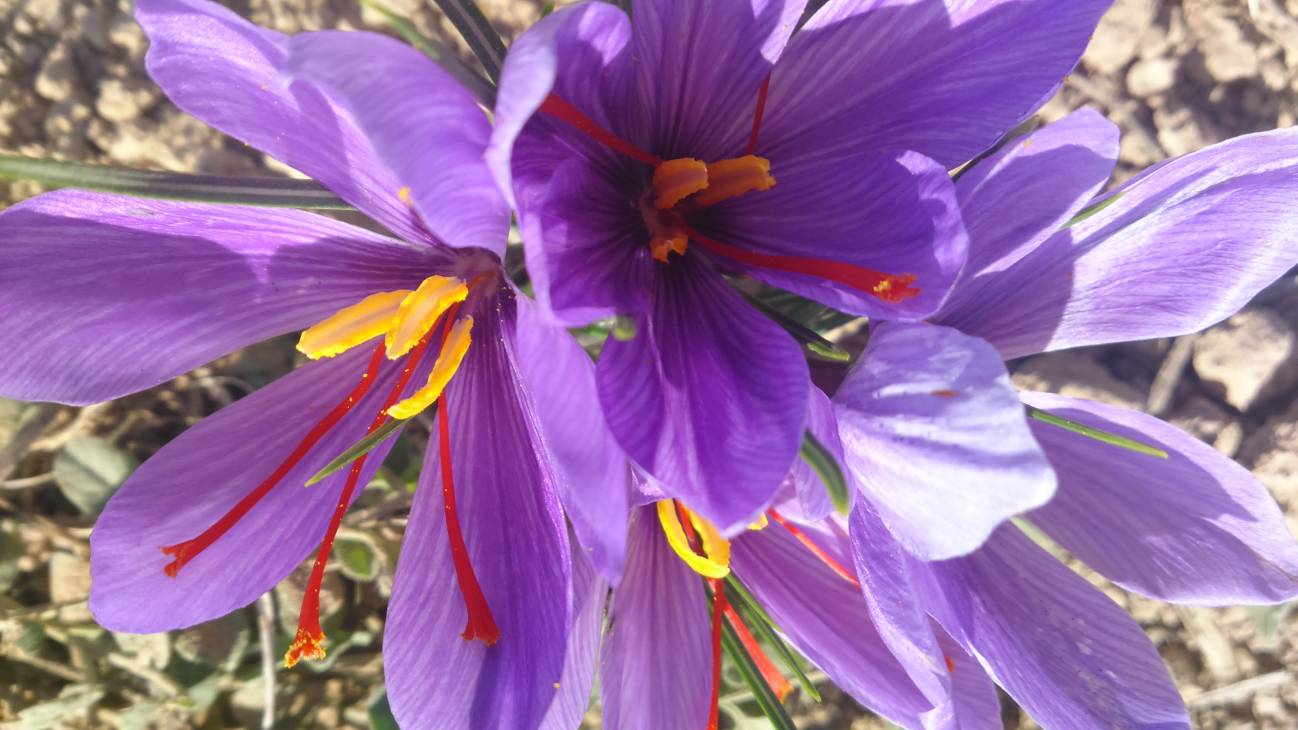 The crimson stigma of the saffron flower is one of the oldest and most expensive spices in the world. / Consejo Regulador DOP Azafrán de La Mancha

The crimson stigma of the saffron flower (Crocus sativus) is one of the oldest and most expensive spices in the world, particularly those varieties which are internationally recognised for their quality, such as saffron grown in Spain. This has led to the fraudulent labelling of non-Spanish saffron.

“Over the past few years the media have been reporting this fraudulent activity, but up until now there were barely any analytical tools that could be used to detect said fraud. So, we created a new strategy to determine the authenticity of saffron based on metabolomics or, in other words, the chemical fingerprints of foods,” explains Josep Rubert, a researcher at University of Chemistry and Technology (UCT Prague, Czech Republic) and the University of Valencia (Spain).

The new technique allows for three types of saffron to be defined: one which is certified with the Protected Designation of Origin (PDO) from La Mancha or Aragon, another which is grown and packaged in Spain (although it does not have the PDO certificate) and a third category which is packaged as 'Spanish saffron' but, despite its name, is of unknown origin (although most likely packaged in Spain).

With these possibilities, scientists from the UCT Prague leaded by Prof. Jana Hajslova –and where Rubert is also carrying out postdoctoral research including this study–, collected 44 commercial saffron samples in order to test the authenticity of what’s stated in the product labels.

The findings, published this month by the journal 'Food Chemistry', revealed that more than 50% of the samples were fraudulent, as 26 ones labelled as 'Spanish saffron' were neither grown nor processed in Spain.

“It is highly likely that lower quality saffron is purchased in other countries (such as Morocoo, Iran and India according to our data) at a much lower price than in Spain –indicates the researcher–, to later be packaged and sold as Spanish saffron despite being of unknown origin ‑a fraudulent activity that gambles with consumers' trust”.

The technique developed by scientists from the Czech Republic and Spain has confirmed that the saffron labelled with the PDO Certificate from La Mancha (and Aragon) were indeed grown and processed in Spain. “Here there was no fraudulent activity ‑the saffron perfectly matched up with our models,” emphasises Rubert, “unlike the samples of 'Spanish saffron' that had either a completely different chemical fingerprint or a different collection of small molecules”.

Chemistry and statistics to expose the fraud

The authors of this study combined chemistry with statistics in order to develop their methodology. The first phase of the study consisted in identifying the metabolites ‑or small molecules‑ characteristic of saffron. After, a method was created to detect these small molecules using liquid chromatography coupled with high-resolution mass spectrometry.

On one hand, the statistical analyses have served to detect the clear differences between the three types of saffron in addition to validating the technique. According to the authors, the result “is a top-quality model that correctly classified 100% of these samples in addition to having the capacity to correctly categorise others (even if they are unknown and do not have a label) more than 85% of the time”.

The authors suggest that glycerophospholipids and their oxidised lipids are the best molecular markers for determining the origin of saffron. They have also observed that the saffron technology and processing play a crucial role, “specifically during the drying process, wherein transformation of the product is determined by the temperature at which the process is carried out. The place where the saffron originates also has an influence on the end product”.

For saffron originating from La Mancha, for example, the drying process involves laying out the fresh stigmas over sieves that are placed next to a heat source such as a fire, hot coal, a stove or a brazier. Saffron dehydration happens quickly –in half an hour– and is carried out at a temperature of 70 ºC which accelerates lipid oxidation.

Over recent decades, saffron originating from Castile-La Mancha has represented over 97% of Spain's domestic production ‑a statistic that presents an enormous gap with regard to exportations. Between 1997 and 2013, an average of 2,813 kg of saffron was produced annually in Spain. However, Spain exported 35,978 kg of this product on average each year. Where did those remaining 33,165 kg come from?

“They came from other countries, such as Iran or Morocco,” mentions Pedro M. Pérez again, manager of the Protected Designation of Origin Regulatory Body in La Mancha. He insists that: “That foreign saffron is brought to Spain and labelled as ‘produced and packaged in Spain’, which is true, but the label fails to indicate the saffron's true origin, meaning that the consumer does not have enough information to assess the product”.

The manager of the regulatory body reiterates that there is a Spanish national law dated 1999 in addition to a European law from 2011 regarding the proper labelling of foodstuffs, “but the competent authorities of Spain's Autonomous Communities are not successfully fulfilling their responsibilities with regard to saffron”. 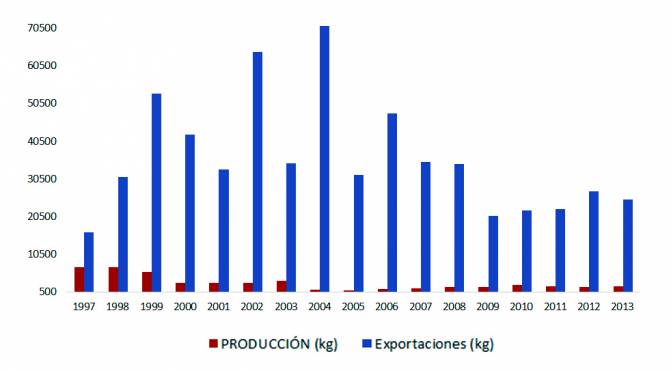