Discovering the birth of an asteroid trail

Unlike comets, asteroids are not characterised by exhibiting a trail, but there are now ten exceptions. Spanish researchers have observed one of these rare asteroids from the Gran Telescopio Canarias (Spain) and have discovered that something happened around the 1st July 2011 causing its trail to appear: maybe internal rupture or collision with another asteroid. 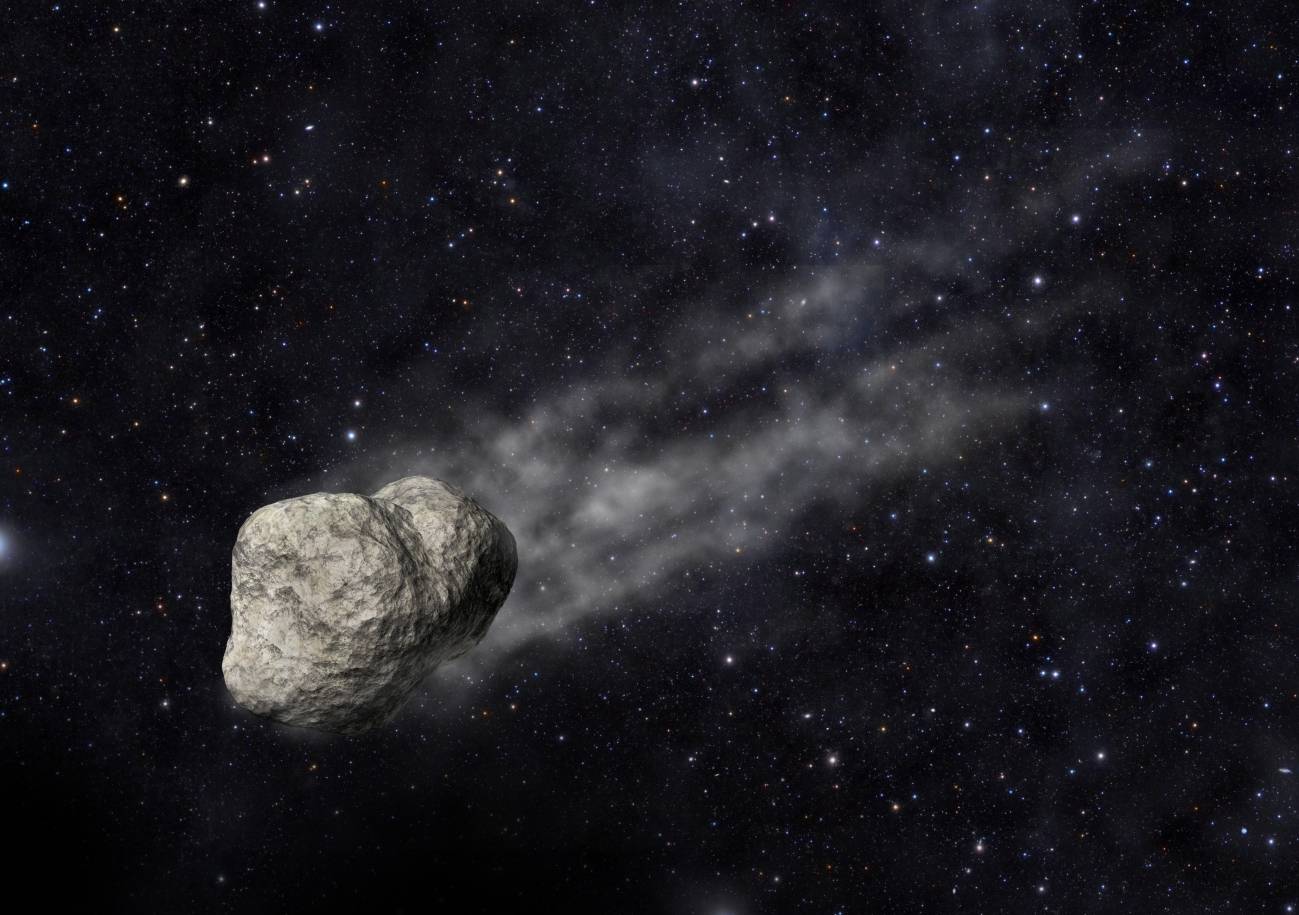 Ten asteroids have been located to date that at least at one moment have displayed a trail like that of comets. They are named main-belt comets (MBC) as they have a typical asteroidal orbit but display a trail at the same time. This means that their dust (and possibly gas) emission activity is like comets.

One of these objects, baptised as P/2012 F5 (Gibbs), was discovered in March 2012 from the Mount Lemmon Observatory in Arizona (USA). In May and June of that year, Spanish astrophysicists from the Gran Telescopio Canarias tracked it and have discovered when the trail was born using mathematic calculations.

“Our models indicate that it was caused by an impulsive short-lived event lasting just a few hours around the 1st July, 2011, with an uncertainty of 20 days,” as explained to SINC by Fernando Moreno, researcher at the Astrophysics Institute of Andalusia (CSIC). In collaboration with other colleagues from the Astrophysics Institute of the Canary Islands and the University of La Laguna, the data have been published in the ‘The Astrophysical Journal Letters’.

The telescope images reveal “a fine and elongated dust structure that coincides exactly with the synchrone of that day,” says Moreno. For a given observation date, a synchrone is the position in the sky of the particles emitted from these types of objects with zero speed in an instant of time. In this case the synchrone of the 1st July, 2011 is the best adapted to the fine trail.

The width and varying brightness of the head to the end of the trail allowed for the researchers to deduce the physical properties of the particles and proportions of their different sizes.

As for the maximum size and speed values of the liberated particles, the team has calculated that the asteroid should have a radius of between 100 m and 150 m and the dust mass emitted should be about half a million tonnes.

The researchers juggled two possible theories for the origin of the P/2012 F5 trail: “It could have arisen from collision with another asteroid or rather a rotational rupture.” The second mechanism consists of material gradually breaking free after partial fragmentation of the asteroid.

In turn, the rapid spinning of the asteroid, “like an accelerating carousel” causes pieces to break off. The rotation speed of small asteroids can increase over time due to the Yarkovsky effect (YORP effect for short). This can induce acceleration due to the thermal differences of the different surface regions of the asteroid, eventually leading to rupture.

Moreno indicates that, from the brightness distribution of the trail, “we have verified that the dependence of the speed of particle ejection on size is very weak, in accordance with what we already obtained for the other asteroid of this group: 596 Scheila, which probably suffered a collision.”

MBCs are main-belt asteroids situated at a distance of between 2 and 3.2 astronomical units, which is the average distance between the Earth and the Sun. For some reason they become active and emit dust. For now they have not been found to generate gas but this could be due to the fact that they are weak at the very moment of observation.

Since the first discovery of an MBC in 1996, the 133P/Elst-Pizarro, a total of ten have now been found. The presence of a trail in some has lasted for a relatively long period of a few months, like in the cases of 2006 VW139 and P/2010 R2 (La Sagra). The latter was discovered from an observatory of the same name in Granada. Its activity could have been due to an ice sublimation which could have released the gas, although this has not been detected.

In other cases, however, activity developed during a short period of time, like in the case of 596 Scheila. Its dust cloud dissipated very quickly in a matter of hardly three or four weeks following its detection.

There are also examples of MBCs that have shown recurrent activity, like 133P/Elst-Pizarro and 238P, which have displayed a trail on more than one occasion.

In the case of P/2012 F5, it is still unknown what group it belongs to. More data will be available when it can be observed again in good conditions next year in around July or August 2014.

The last documented MBC to date is the so-called P/2012 T1 (PANSTARRS), which Spanish astrophysicist are also analysing. Like what has happened with exoplanets, many more main-belt comets will start appearing in the coming years.