Dust from the Sahara Desert cools the Iberian Peninsula

Spanish and Portuguese researchers have analysed the composition and radiative effect of desert aerosols during two episodes which simultaneously affected Badajoz (Spain) and Évora (Portugal) in August 2012. Results show that the intrusion of dust from the Sahara Desert caused radiative cooling of the Earth’s surface. 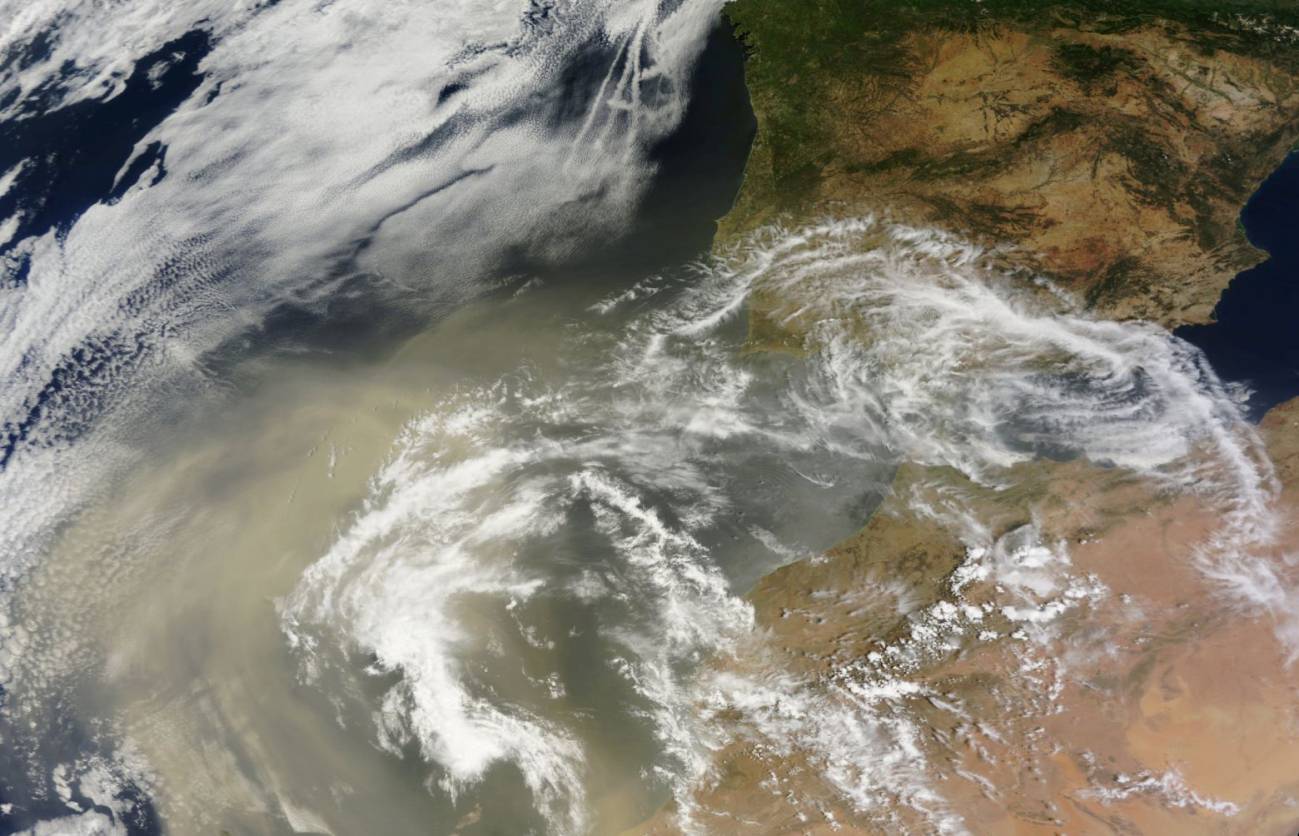 Atmospheric aerosols (solid or liquid particles suspended in the atmosphere) are difficult to examine for various reasons. Firstly, they remain in the atmosphere for a short time and secondly, their cause may be natural or anthropogenic.

Yet there is no doubt that research into atmospheric aerosols is becoming increasingly important due to the effects that they can have on the global temperature of the Earth, given that solar radiation is the main source of energy for the Earth-Atmosphere system. Aerosols also affect human health, ecosystems and the water cycle.

For this reason, a group of researchers from Extremadura (Spain) and Portugal has analysed the radiative effect of a type of natural aerosol (the dust from the desert areas), of great interest to the Iberian Peninsula due to the proximity of the Sahara desert.

The scientists focused their study, published in the journal ‘Atmospheric Research’, on two desert aerosol intrusions which occurred in August 2013 and that affected two monitoring stations in the south-west of the Iberian Peninsula, in Évora and Badajoz, which belong to the AErosol RObotic NETwork (AERONET) and are managed by NASA.

During these two significant events, “the amount of radiation that reached the surface was less than that which would done if these aerosols had not been there,” Mª Ángeles Obregón, researcher in the Physics department of the University of Extremadura (UEx) and the University of Évora (Portugal) and lead author of this study, explains to SINC.

By studying the precise measurements of these intrusions, the team determined that although the second desert dust intrusion was more intense (with a greater concentration of PM10 particles), it was in fact the earlier one which caused a greater degree of radiative cooling in both places. As the study underlines, this is due to the presence of absorbent aerosols from anthropogenic pollution.

“It was not only a mix of desert aerosol and pollution but there were also surface and column measurements. This is not always possible, given that the measurements are often contaminated by cloud cover and are fragmented, or simply do not exist because the instruments are calibrating themselves,” the researcher clarifies.

During this event, the aerosols stayed close to the surface due to the presence of a anticyclone hovering over the study region at sea-level, “reducing the amount of shortwave irradiance reaching the surface and causing greater radiative cooling,” states Obregón, who likens the effects of desert dust with those resulting from certain forest fires or episodes of high pollution.

However, the expert indicates that it is important to bear in mind that the effects of each type of aerosol are different due to their “varying composition, size and properties,” she concludes.