First 3-D structure of the enzymatic role of DNA

DNA does not always adopt the form of the double helix which is associated with the genetic code; it can also form intricate folds and act as an enzyme: a deoxyribozyme. A researcher from Spain and other scientists from the Max Planck Institute for Biophysical Chemistry (Germany) have solved the first three-dimensional structure of this biomolecule that has proved much more flexible than previously thought. 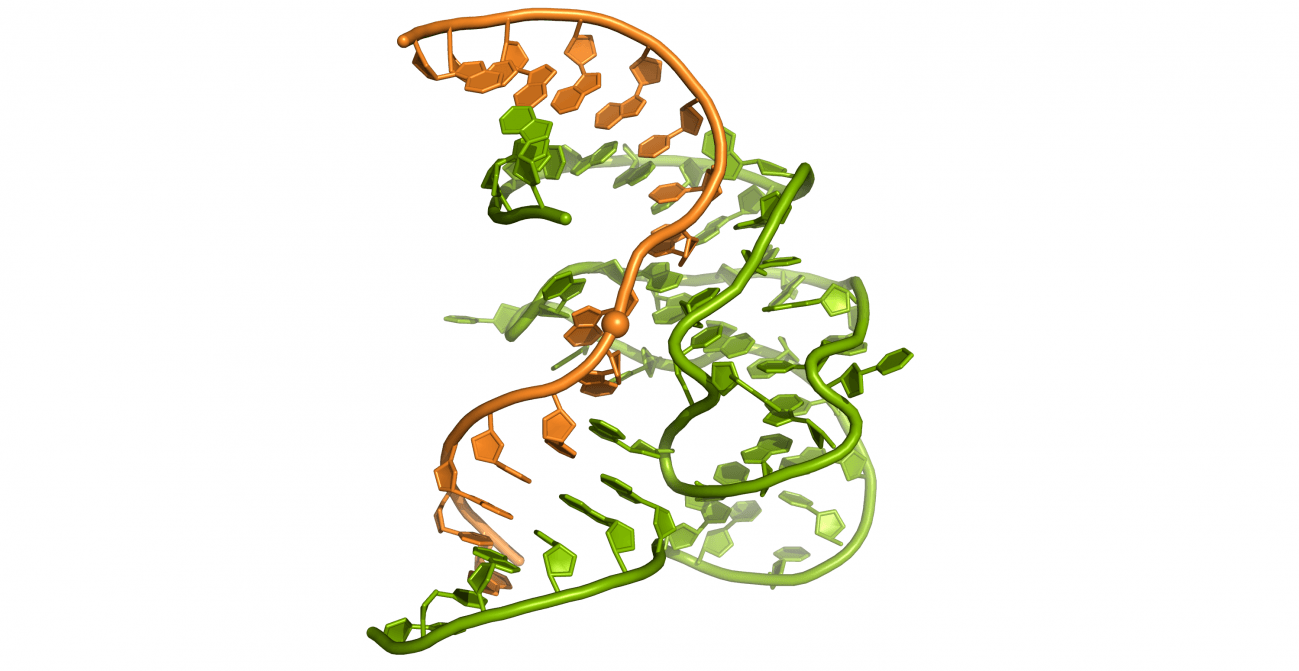 Structure of deoxyribozyme 9DB1, where we can see the synthetic strand of DNA (in green) once it has catalysed the ligation of two RNA strands (in orange), joined at the point which is represented by a sphere. / A. Ponce-Salvatierra / Max-Planck-Institut für biophysikalische Chemie

Chemists successfully isolated deoxyribozymes over 20 years ago – a DNA with the ability to act as an enzyme. However, until now they had not been able to associate its catalytic activity with the three-dimensional structure that provides such function to this DNA.

Now, European scientists from the Max Planck Institute for Biophysical Chemistry in Göttingen (Germany) have succeeded after having bombarded this molecule with X-rays in the SLS synchrotron in Switzerland. The results, published in the journal 'Nature', have made it possible to build the crystal structure of this 'DNAzyme' using computers.

"We have uncovered the first structure of a deoxyribozyme, and for the first time we can see that this DNA is capable of taking on forms as complex as those of protein enzymes or ribozymes ‑an RNA capable of catalytic activity," points out the Spanish scientist Almudena Ponce-Salvatierra, a member of the European group responsible for accomplishing this breakthrough.

The researchers have broken the paradigm of the supposed stiffness of DNA –a sort of symbol that is popularly associated with the double helix of Watson and Crick–, by demonstrating that this molecule can also adopt complicated three-dimensional structures in addition to being much more flexible than what was previously thought.

Deoxyribozymes are single strands of DNA that are synthesised in the laboratory in order to exploit their catalytic activity. Specifically, the researchers have successfully visualised the structure of a deoxyribozyme named 9DB1, which catalyses the ligation of two RNA strands.

According to the authors of this study, the findings help us to better understand the molecular principles of the reactions in which this type of molecule plays a part.

"There are many applications for deoxyribozymes, from catalysing the ligation of two DNA or RNA fragments, to repairing any of its components, such as thymine," explains Ponce-Salvatierra, who announced that the clinical trials for its use in medicine are already underway. 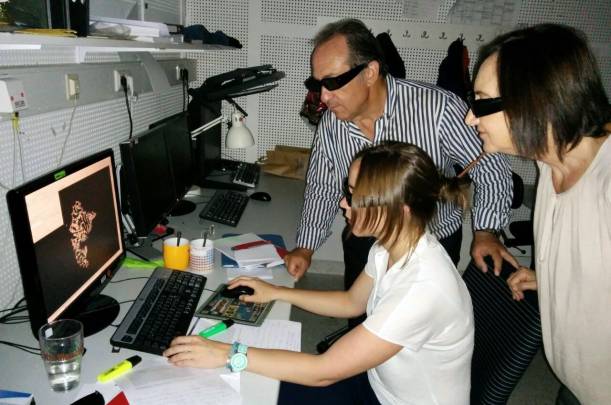 3-D glasses and monitors make it possible to better visualise the structural details of the deoxyribozyme. / A. Ponce-Salvatierra