Tecnologías
If you are registered

In the European Union, eggs are labelled with a code starting with 0, 1, 2 or 3, depending on whether the hens are organically produced, free-range, floor-raised or caged, respectively. Now researchers at the University of Santiago de Compostela (Spain) have developed a technique to distinguish them with 100% accuracy by analysing the lipids of the yolk. The method is now available to detect fraud. 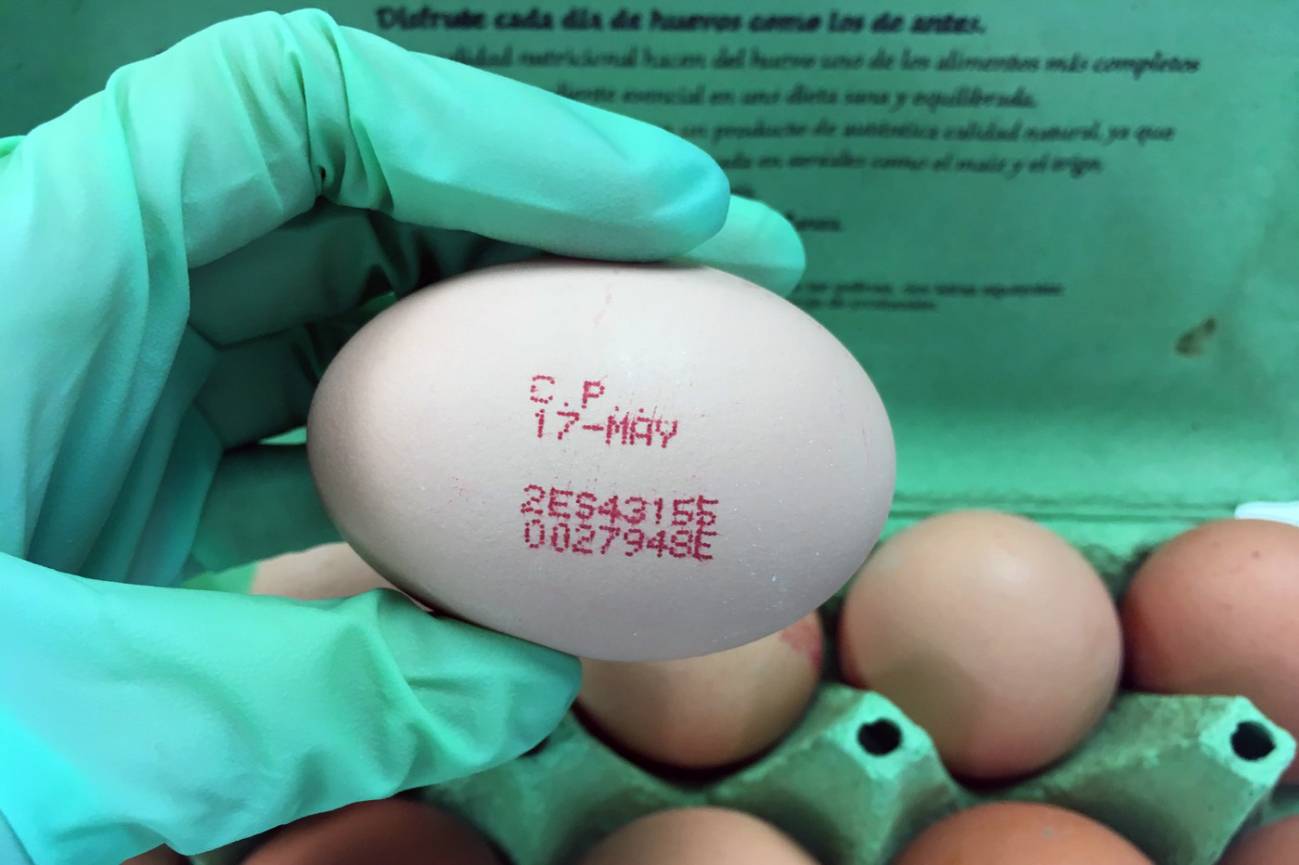 Example of an egg encoded with the number 2 (chicken raised on the floor). / Gema Puertas

Organically produced eggs (certified by a regulatory council) or those laid by a free-range hen (which can be fed in the open air) are not the same in price or quality as those of birds raised on the floor of a closed henhouse or those that never leave a cage.

In the European Union these four types of eggs are labelled with a code that begins, respectively, with the digits 0, 1, 2 or 3, followed by the identification of the country, which in the case of Spain, for example, is the abbreviation 'ES'.

To prevent fraud and confirm the type of egg that the consumer buys actually corresponds to what is shown on the label, a team of researchers from the University of Santiago de Compostela (USC) has developed the first method that differentiates the four types of eggs at once.

The technique consists in extracting the lipids from the yolk and analysing them by UV-VIS-NIR spectroscopy, i.e. determining their absorption spectrum at ultraviolet (UV), visible (VIS) and near infrared (NIR) wavelengths. Details of the procedure have been published in the Food Chemistry journal.

“Until now, the proposed methods only allowed a partial differentiation: for example, to discriminate between organic and conventional eggs, or between type 1, 2 and 3 eggs, but not all at the same time,” points out one of the authors, Manuel Vázquez, a USC professor at the Lugo campus, who emphasizes: “Our method is the first one that allows a complete differentiation and with 100% accuracy.”

The authors worked with the hypothesis that the feeding and movement of the hens affects the composition of the yolk, so they extracted their lipids and determined the UV-VIS-NIR spectrum. With this information, they obtained chemometric models that made it possible to clearly distinguish the four types of eggs.

As for the detection of possible fraud to consumers, “for the time being, we have not 'monitored' the industry,” as Vázquez acknowledges, concluding: “It was not really our objective to inspect; that, in any case, will be up to the administration. We have developed this new tool, and now others will have to decide whether or not they want to use it to detect possible fraud.