Forest fires in Spain have evolved with the climate since 1968

A group from the University of Alcalá (Spain) has defined the landscape of forest fires on a nationwide scale over the course of 42 years. The research has found that the abandonment of agricultural land and higher temperatures have contributed to intensifying the fires. 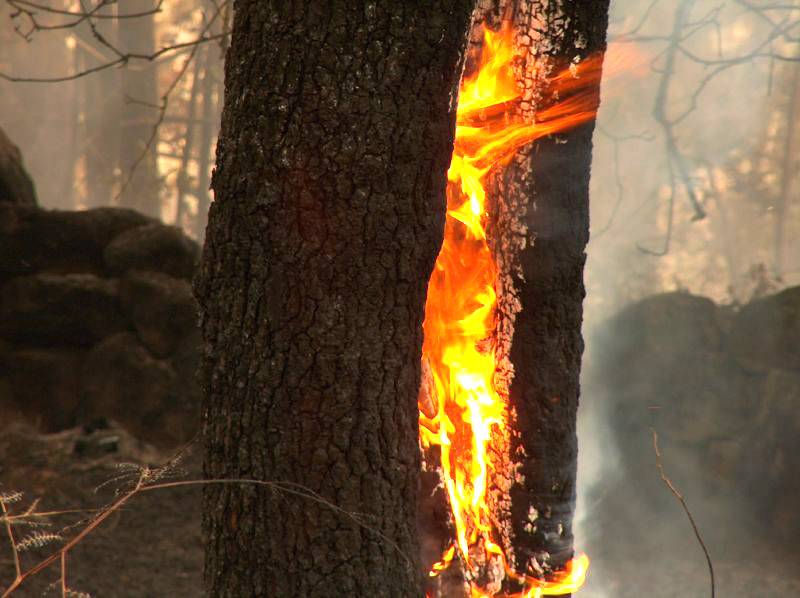 The abandonment of agricultural land and higher temperatures have contributed to intensifying the fires. / Elenti

For the very first time, research has shown how forest fires in Spain have evolved over recent years from 1968 to 2010. The research, coordinated by the University of Alcalá (Madrid), has been published in the journal ‘Environmental Science and Policy’.

The study’s main findings reflect the fact that, in broad terms, an increase in both the number of fires and the burned area was recorded in the 1970s. In 1990 there was a drop in the Mediterranean region that spread to the rest of the territory in the vegetative season, from May to November.

“Each region has a different regime,” Vanesa Moreno, the lead author of the work and researcher in the geography department of the University of Alcalá (Madrid), told SINC. She continued: “In the northwest, the fires have two seasons, the first between the end of winter and the start of spring, and the second in summer. However, they are more numerous in the Mediterranean region during the summer period”.

To reach these conclusions, they analysed the number of fires and burned area since the official database was created; parameters that, alongside seasonality, intensity, severity, etc., define the fire regime.

In this way, the research team was able to identify the various trends witnessed over the course of this 42-year period. In statistical terms, these are known as upward and downward ‘change points’ and define how the fires have been evolving.

In addition to location, differences in climate, environmental factors - such as the type of vegetation- and socioeconomic activities also have an impact on the occurrence of forest fires.

For example, the abandonment of traditional shepherding, which used fire to clear or regenerate pastures, led to a drop in the risk of fires. On the other hand, rural depopulation, resulting in the abandonment of agricultural land, led to an increase in the burned area.

Furthermore, climate change, with more frequent droughts and rising temperatures, has been confirmed as one of the driving forces behind the risk of fire.

Despite all of these aspects, “management has evolved and become more effective through the acquisition of fire suppression resources, professional training, research, the introduction of technologies and prevention, something that has gotten a lot of attention in recent years,” Moreno stated.

Nevertheless, the researcher informed us that the extinguishing resource are less effective in controlling fires in conditions of extreme temperatures, wind and multiple focal points.

“The occurrence of several fires at the same time means that resources and personnel have to be split and extinguishing the fire takes more time,” the geographer pointed out. “In this regard, the economic crisis has caused the workforce to be cut which could reduce fire extinguishing efficiency”.

In this situation, having a statistical model at our disposal that defines the fire regimes is useful for anticipating the risk of fire in the current context of climate change and land use.