A study carried out by the University of Castilla la Mancha shows that gender diversity within research teams fosters novel solutions leading to radical innovation, in the company and in the market. According to the study, forming mixed teams of men and women in a technological context is also a critical element in increasing competitiveness. 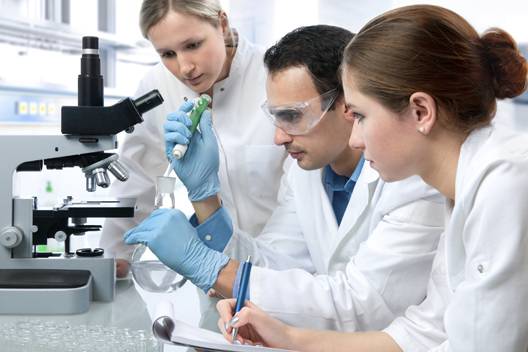 Gender diversity fosters novel solutions leading to radical innovation, in companies as well as in the market. / PCB.

So far, information on gender diversity in R+D teams and its impact on innovation in organisations has been limited. However, a study carried out by researchers at the University of Castilla la Mancha (UCLM) indicates that the balance between men and women in a technological context is a critical element in increasing competitiveness and promoting the most ground-breaking innovation.

The research, published in the ‘Innovation-Management Policy & Practice’ journal, demonstrates that gender diversity within R+D teams generates dynamics that lend themselves to radical innovation, which causes a paradigm shift by the introduction of new features, resulting in the emergence of completely new markets.

With this study, researchers at the UCLM aimed to fill the gap left in previous research, relating innovative results with gender diversity in R+D teams.

In their research, the team used information on innovative activities performed by companies of the Technological Innovation Panel, with a sample of 4,277 companies, 83% from the industrial sector and 17% from the service sector.

In analysing the data, they found a positive relation between gender diversity and radical innovation. According to the sample, the probability of innovative development is significantly increased when gender diversity in the R+D team is increased. It also indicates that contracting external R+D and the fact that the company operates in a high-technology industry contributes to this type of innovation.

"In this context, gender diversity fosters novel solutions leading to radical innovation, in companies as well as in the market," says lead researcher, Cristina Díaz García. “Gender diversity can provide different perspectives and insights. The combination of these offers a wider range of ideas and, thus, greater creativity, facilitating decision-making processes.”

Cristina Díaz García points out that the study has several implications: "In the business environment, the results point to the need to recognise and value gender diversity, which could, in turn, make an organisation more able to attract and retain key staff.”

In her opinion, "gender diversity not only has implications in the fields of equity and equality but also make teamwork more effective.”

The study recommends that if innovation is to be radical, managers should consider the potential offered by forming teams with more balance between men and women in technology sectors, since "innovation is a critical element within a context of increasing global competition," concludes Díaz.