Because of their position on the food chain and their dietary habits, Griffon vultures from the Iberian Peninsula are exposed to accumulation of heavy metals in their tissues. A study benefiting from the participation of the Autonomous University of Barcelona reveals that, due to their diets, wild populations of Griffon vultures in Catalonia show the presence of a high amount of lead, which affects their immune systems and reproductive function. 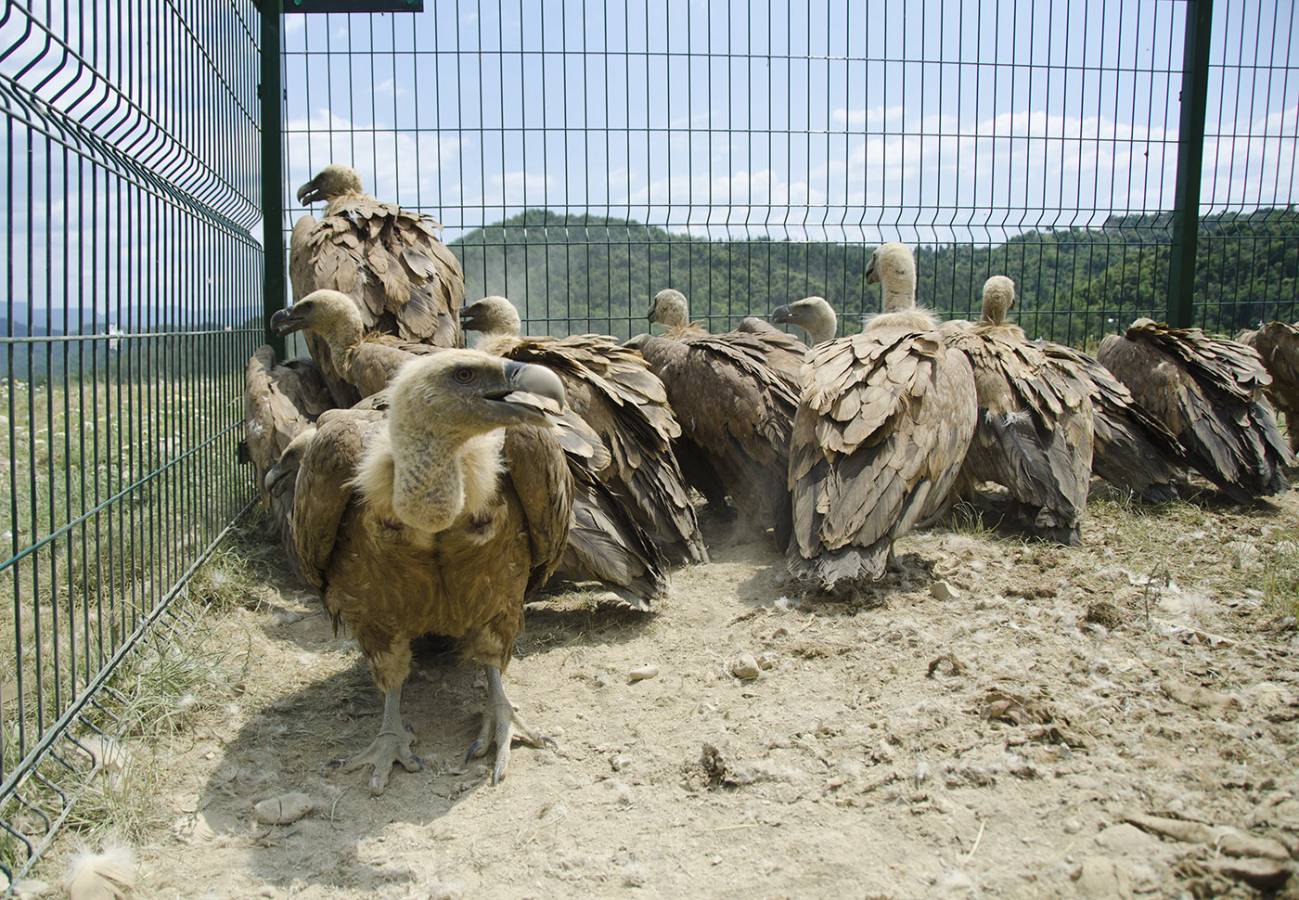 The population of wild birds is subject to the dangers resulting from the presence of toxic elements in the environment. Even more so when these elements are not degradable and are found in the foods comprising their diet, as is the case of heavy metals.

A team of researchers from several Portuguese centres and the Autonomous University of Barcelona (UAB) has analysed the presence of mercury, cadmium and lead in the blood of the 121 Griffon vultures (Gyps fulvus) in Portugal and Catalonia, and compared the concentration between populations of wild Griffon vultures and the individuals that were admitted, in a weak state – due to malnutrition – and wounded, into rehabilitation centres.

"The consumption of hunting species increases the likelihood of ingesting lead"

The results show that in 98.3% of birds no cadmium was found and in 95% no mercury was observed either. However, the heavy metal of which the highest concentration was found in the birds was lead: in 42.22 μg/dl (micrograms per decilitre) for wild populations, a figure significantly higher than the concentration of the metal in the individuals rescued.

As Manuela Carneiro, a researcher who took part in the study published in ‘Ecotoxicology and Environmental Safety’, informs SINC: “This is due to the type of diet these animals have – strictly carrion from domestic and wild hunting species – because the consumption of hunting species increases the likelihood of ingesting lead.” In the birds in the rehabilitation centres, malnutrition was the main cause of admission, so they were not exposed to lead via food intake.

According to the study, the majority of the birds assessed had concentrations of lead of between 20 and 100 µg/dl, a quantity considered to be subclinical exposure, above the threshold at which lead can affect the antioxidant system in this species (15 µg/dl).

Birds in Barcelona are more contaminated

The blood samples of the animals captured in Barcelona had higher levels than those from Portugal. “This is probably due to proximity to a dumping site, where animals can feed,” Carneiro remarks. According to the study, the ecological context of the birds’ habitat in Barcelona – a highly urbanised and industrialised area – can increase exposure to lead.

Because of the necessity of removing the corpses of ruminants from farming, “vultures have been faced with a scarcity of food, which has caused them to make changes in their diet by consuming a higher quantity of hunting species,” the researcher explains.

To be precise, Carneiro points to hunting as the main source of lead in these birds of prey, via the intake of meat with bullet traces in the remains of dead animals.

Other human activities also contribute to this phenomenon: “waste dumping, industrial mining activities and smelting are equally responsible for environmental lead pollution,” the scientist points out.

The effects of lead

Heavy metals can have various effects on animals. In this regard, Carneiro asserts that, depending on the dose, “lead may directly cause the animal’s death or vascular, blood, nervous and renal disorders.”

In addition to the damage that can be caused to an individual animal, “the presence of lead indirectly impacts upon the Griffon vulture population due to changes to bird behaviour, reduced reproductive success and lower immunological response,” the researcher concludes.