How many protozoa are in the water we drink?

Researchers from the University of Zaragoza (Spain) have analysed drinking water and detected oocysts of Cryptosporidium and cysts of Giardia, two protozoa that cause outbreaks of diarrhoea in humans. The levels detected are very low and do not represent a health risk; however, according to the study, the ubiquity of these parasites and the inefficiency of conventional water treatment in reducing them may present a public health issue. 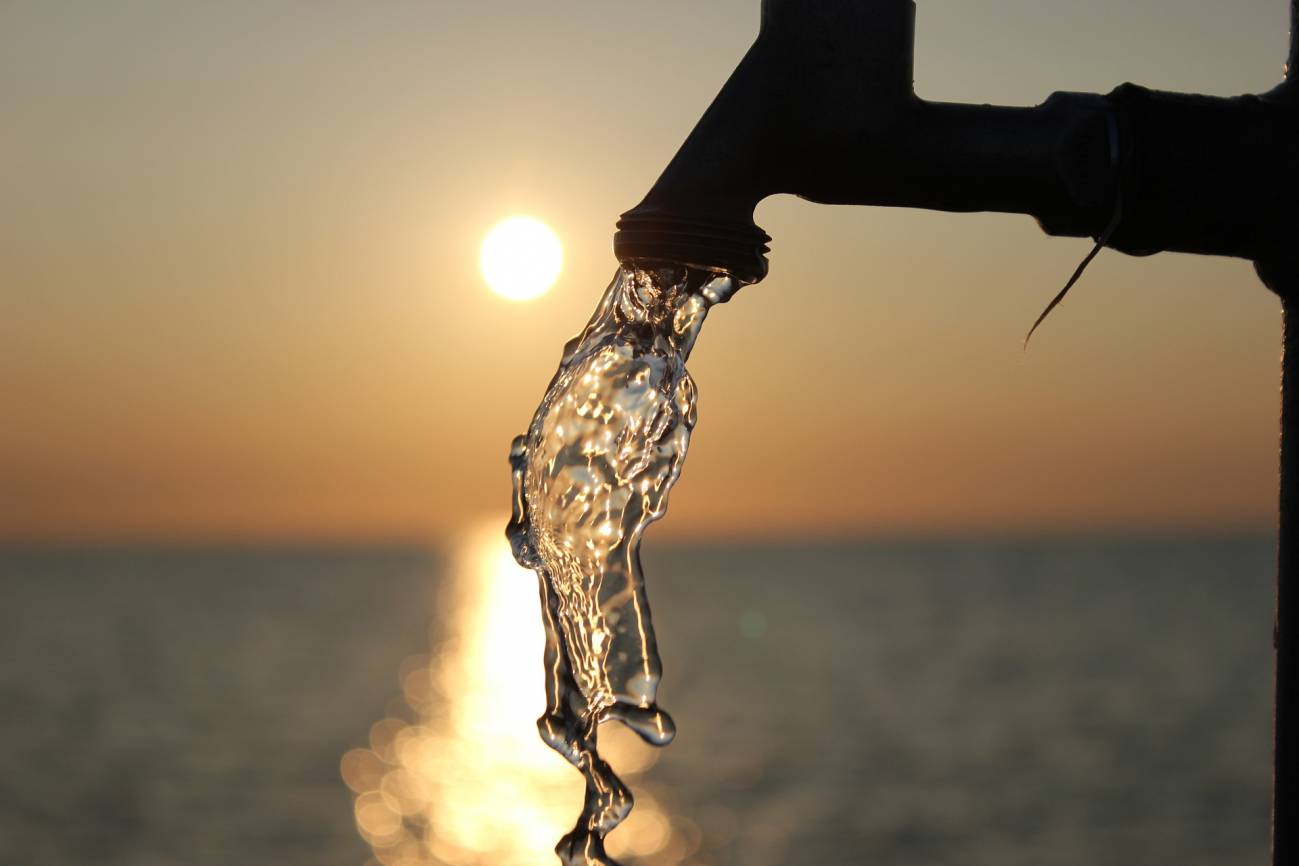 Parasitic protozoa can be ingested accidentally by humans when we drink water in recreational areas or even at home, if water, for some reason, is not completely clean when it reaches houses. / RayMark/Pixabay

Protozoa of the genera Cryptosporidium and Giardia are among the most common causes of waterborne diarrhoeal outbreaks in developed countries. They can be ingested accidentally by humans through water consumed in recreational areas or even at home, if water, for some reason, is not completely clean when it reaches houses.

Now, scientists from the University of Zaragoza have analysed the presence of dispersal stages of Giardia (cysts) and Cryptosporidium (oocysts) in drinking water plants in the 20 most populated towns in Aragón. Between 2013 and 2015, samples from raw and finished water were analysed for the presence of both protozoa according to U.S. Environmental Protection Agency Method 1623.

The results, which have been published in the journal ‘Science of the Total Environment’, show the presence of both protozoa in the finished water of eleven plants, “at a mean concentration of 88 Cryptosporidium oocysts and 37 Giardia cysts per 100 litres of water,” SINC was told by Joaquín Quílez, one of the paper’s authors.

The researcher stressed that “these are very low concentrations and do not represent any health risk,” although he also stated, along with the other authors of the study, that “the ubiquity of these parasites in the drinking water sources and the inefficiency of conventional water treatment in inactivating them may present a serious public health issue.”

An important issue in this field is the lack of legislation. No limits are established for the concentration of these pathogens in the Spanish drinking water regulations, which do not consider the routine detection of these protozoa and suggest its investigation only in the presence of enteric bacteria and turbidity values of water over 5 NTU (nephelometric turbidity units).

The study found the presence of Cryptosporidium and Giardia in samples collected from 55 % and 70% of drinking water plants, with nine plants being positive for both protozoa and only four plants being negative. Both pathogens were found in the raw water throughout the year, with the lowest frequency in autumn and the highest frequency in winter, when up to 125 cysts of Giardia were found per 100 litres of water). 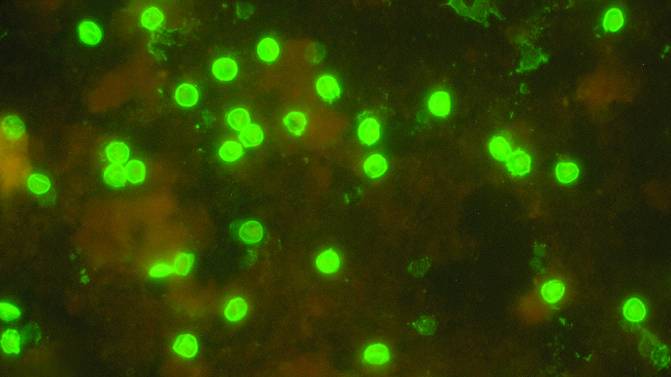 Cryptosporidium oocysts dyed using an immunofluorescence technique. In this case, they were purified from animal faeces, not from water samples, where we can logically expect to detect barely any. / Credit: J. Quílez Cinca/Unizar

“Water purification techniques are not completely effective at removing or inactivating these protozoa from water if they pass through the filters, as they are resistant to chlorination,” says Quílez. “This means that when there are very high concentrations in the water entering the plant, the treated water may still contain enough quantities of protozoa to trigger a diarrheic outbreak.”

The team found one or both pathogens in the treated water from seven of the eleven plants with a conventional treatment process (including steps of coagulation; flocculation, or the addition of agents that facilitate the subsequent decantation of substances; sedimentation; filtration; and disinfection processes) and at four of the nine plants that did not carry out one of these pre-chlorination steps.

Although this research is focused in Aragón, “similar results were found in other areas of Spain, as shown by studies conducted in Galicia, the Basque Country and the central region of the country,” stresses Quílez. The author also notes that “since the parasites are typically present at low concentrations, the techniques used to detect them are very costly and are not carried out routinely.”

The United Kingdom is the only EU country where water supply companies have been systematically analysing the presence of these pathogens for several years. Together with Ireland, it is also the European country where most cases of Cryptosporidium and Giardia infections have been reported.

The diarrheic outbreaks caused by these parasites can affect large population groups. Some examples include the giardiasis outbreak which affected around 2,500 people in Bergen (Norway) in 2004, or the massive outbreak of cryptosporidiosis which affected over 400,000 people in Milwaukee, US, in 2003.