How to achieve a peaceful coexistence between wolves and humans

The persecution of wolves in order to remove them from human settlements has culminated in their near-disappearance in numerous European countries, like Spain and Sweden. Following a recovery of the species, a team of scientists has determined what geographic areas in the Scandinavian country would be most suitable for a redistribution of the specie’s range, in the interests of increasing the social acceptance of wolves. 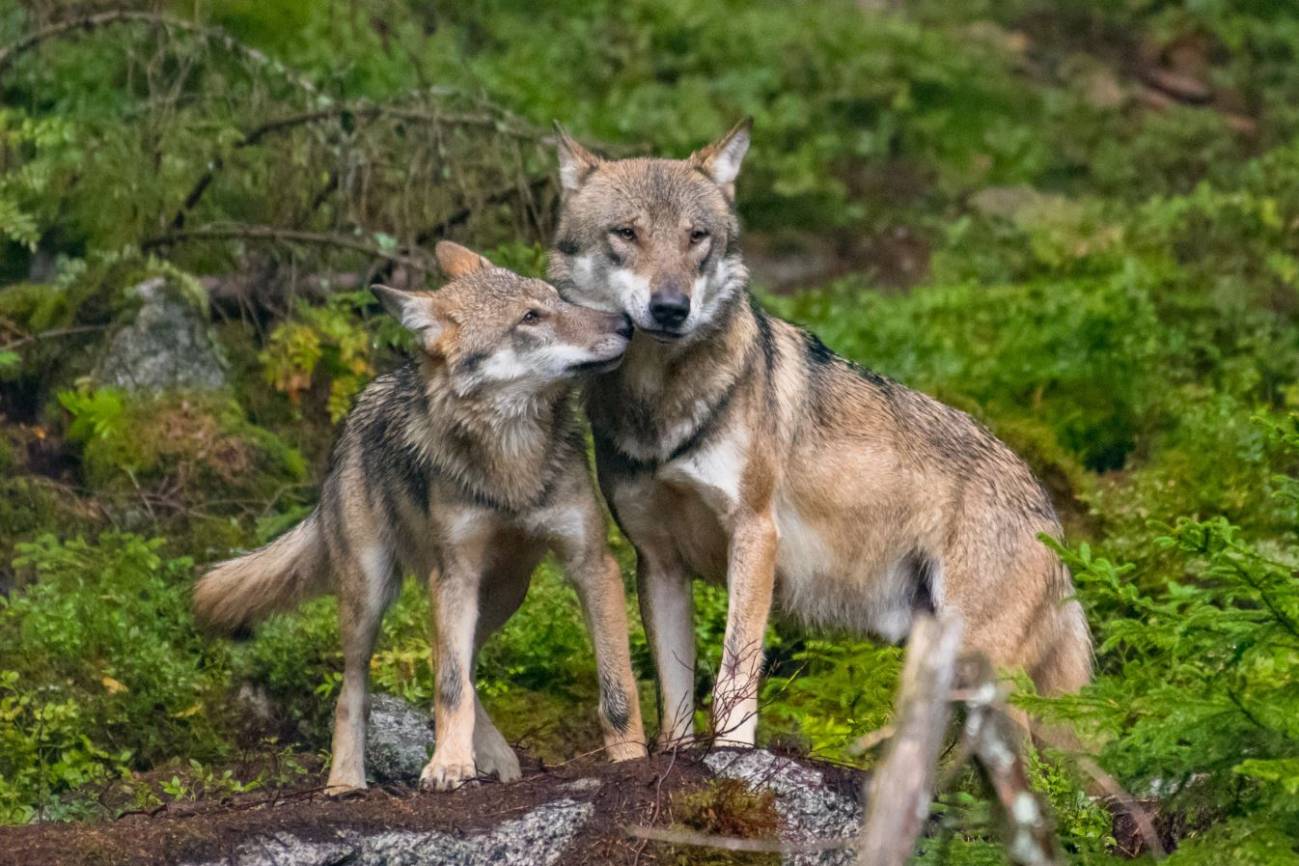 Much of northern Sweden comprises boreal forests that could make a suitable habitat for wolves. / © Fotolia

The conflict between wolves and humans is a fight over territory and livestock. This centuries-long struggle has led to the near extinction of this great carnivore in 1970s Spain, as well as in other countries such as Sweden in the middle of the last century. In the 60s, there were no breeding populations in Sweden and only 10 specimens extant in Scandinavia.

It is for this reason that, in 1966, the Swedish government formally protected the species in a country where 70% of its surface is characterized by large forests, most of them intended for trade.

At present, the population of Swedish wolves exceeds 400 individuals

Of the 438,600 km2 of the country, only 3% has buildings and 8% corresponds to agriculture. Under government protection, the first reproduction of wolves took place in 1978 and the population began to grow about fifteen years later. At present, the population of Swedish wolves exceeds 400 individuals.

These animals are concentrated "in the central parts of southern Sweden, with high regional densities that cause conflicts in local communities," Fredrik Dalerum, a researcher at the University of Oviedo and the University of Stockholm (Sweden), has told Sinc.

These conflicts have resulted in illegal wolf hunting. According to experts, the problem will continue as long as the authorities fail to simultaneously manage the interests of the towns closest to wildlife habitats and those of the wolves themselves.

In this regard, Sweden's national management plan for wolves aims to "redirect the geographical distribution of the wolf population to other parts of the country, including the previously unoccupied reindeer husbandry area, in order to decrease densities in areas where they are currently high," Dalerum points out.

In a study, recently published in Biological Conservation, this researcher, together with the scientist Therese Eriksson from the University of Stockholm, has analyzed the spatial and demographic progression of the population of Swedish wolves from 2000 to 2015 with modern spatial modelling techniques. These scientists were able to identify the appropriate areas for expanding the spatial distribution of these carnivores.

The best areas for wolves

During the fifteen year record, the population of Swedish wolves increased from 10 to 60 breeding pairs of stable territories, occupying a maximum annual range of 34,800 km2, corresponding to 8% of Sweden’s land area.

During the fifteen year record, the population of Swedish wolves increased from 10 to 60 breeding pairs

Most of the animals stayed within the central parts of the country´s south. This concentration was mainly due to "a successful management strategy to keep the wolves out of the reindeer breeding area, which takes up almost half of the surface," says the researcher.

Although only one tenth of the Scandinavian country was inhabited in 2015, close to 50% is regarded as an adequate range for wolves. Much of northern Sweden, for example, comprises boreal forests that could make a suitable habitat for this canid.

"We identified possible areas of expansion in south western Sweden and within the reindeer husbandry area, mainly in its southern and central parts and along the Baltic coast," adds Dalerum.

The future success of Swedish wolf management requires an approach that promotes local acceptance by people who coexist with wolves. "Our results can be used to identify those areas where it may be more important to work on achieving this social acceptance," concludes the researcher.