How to forecast extreme snowfall in Spain

As of yesterday the entire Iberian Peninsula and the Balearic Islands are in the midst of the first significant cold snap for three winters. However, intense snowfalls, like the one affecting the whole of the north of the Peninsula and the Balearic Islands are not as common in the rest of Spain. A team of researchers has analysed the extreme snow that fell in March 2011 in the province of Madrid in the hope that the results will allow us to understand and forecast similar episodes in the future. 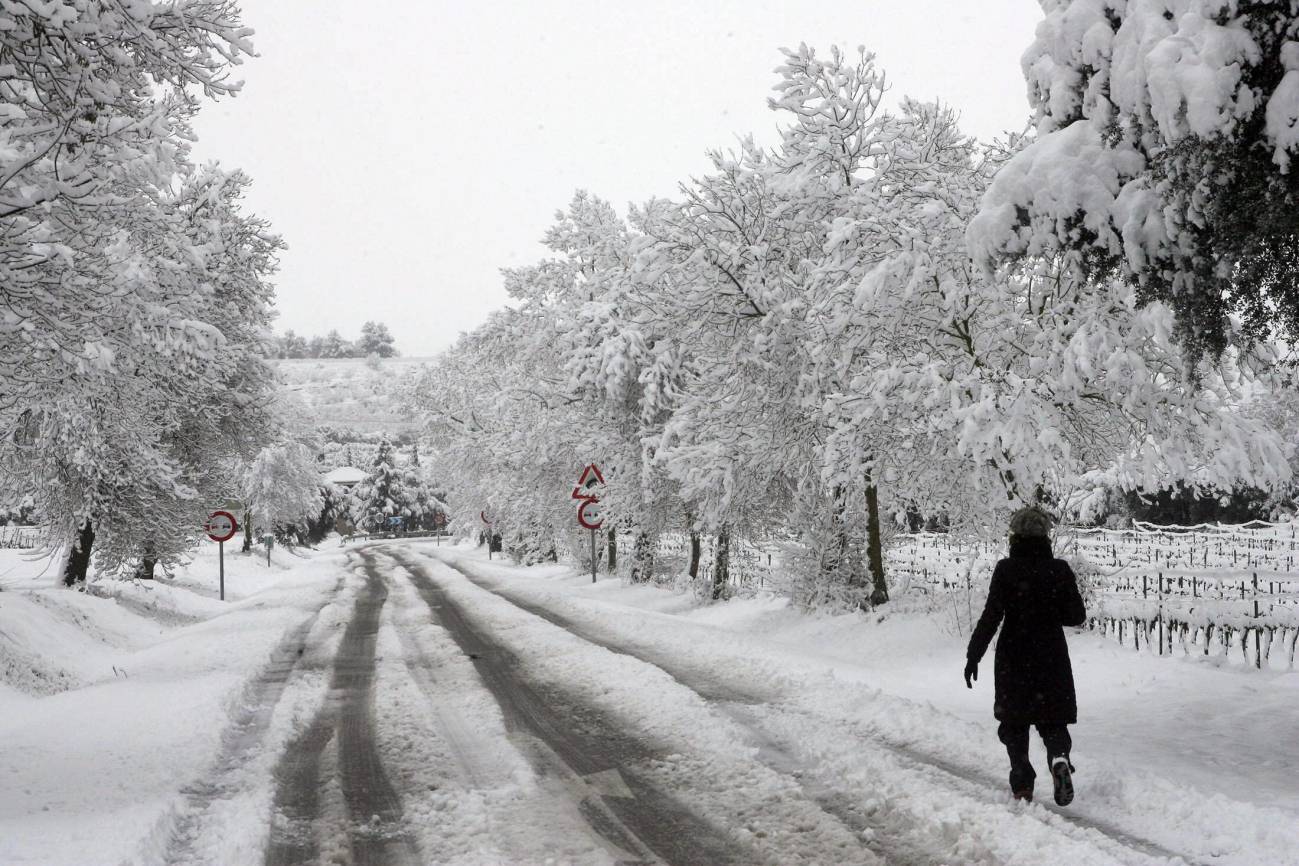 L’Espluga de Francoli (Tarragona), one of the most affected towns because of this week snowfall in Spain. / EFE

The snow warning issued on 3 March 2011 by the State Meteorological Agency in Spain (AEMET) warned of drifts of up to 18 centimetres in mountainous areas of Madrid and three centimetres in urban areas of the province for the following day. However the forecasts were out by a long shot. The severity of the snow storm that fell on the Madrid province was unexpected.

On 4 March 2011, the exceptional amount of snow falling over 24 hours meant up to 34 centimetres in the Guadarrama mountain range and up to 8 centimetres in metropolitan areas of the capital, “which caused numerous problems on the main access roads to Madrid and power cuts,” as Estíbaliz Gascón, researcher at the Atmospheric Physics Group of the University of León tells SINC. The Directorate-General for Traffic (DGT) recorded 30 kilometres of tailbacks on the A6 with delays of up to five hours.

This week, the freak weather has been repeated in other areas of northern Spain and the Balearic Islands, where the snow has fallen at sea level and 200 metres respectively. In general, these extreme events are less common in the majority of non-mountainous areas of the Iberian Peninsula, but they can occur. It is predicted that the severe weather will continue until at least Sunday and even until Tuesday 10 February. 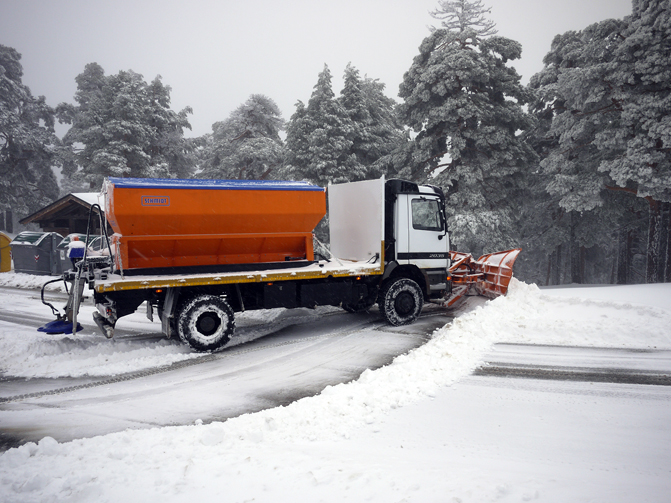 Cotos pass in the Guadarrama mountain range during the exceptional snowfall on 4 March 2011 in the Madrid province (Spain). / Estíbaliz Gascón

Outside the region of Madrid “it is more common to find this kind of heavy snowfall almost every year, due to the orographic conditions and closeness to the sea. This is case of the Pyrenees and the Cantabrian Mountains for example,” explains Gascón. A mass of cold air from the north or north-east coming off the Atlantic and loaded with moisture are the ‘ingredients’ for a spell of intense snow in these areas.

According the researcher, the clouds do not usually pass over the northern mountain ranges, “and so the precipitation stays there and does not reach other areas inland”. However, given the right conditions, these intense precipitations reach the centre of the Peninsula.

The exceptional combination to generate snow

A heavy snowfall can be produced “if a mass of very moist and relatively warm air hits the Peninsula (generally with a westerly or south-westerly wind) and rises over a mass of very cold and dry air (like the dry Siberian air mass), for several days,” points out the researcher.

A study by Gascón, published in ‘Atmospheric Research’, demonstrates with numerical models and the analysis of satellite images of the Meteosat Second Generation Satellite that the heavy snowfall in Madrid was produced by the convergence of two different air masses in the centre of the Peninsula: one warmer and wetter low-level mass and another colder and drier mass at medium to high levels.

“The cold air mass helps to cool the warm and wet mass, causing significant precipitation at low levels,” explains Gascón, lead author of the study, who reiterates that this situation does not happen very frequently in winter.

The researchers, who took data continuously during the snowfall in the Lozoya reservoir (Guadarrama mountain range), precisely determined the places most affected by the precipitation, as well as its duration. “A two-hour period in which the precipitation was more intense was identified, and convective cloud developments with significant vertical velocities detected,” adds Gascón.

By examining this episode scientists could locate the distribution of this snowfall in space and time, an analysis that is “very important when it comes to improving short and medium-term forecasts”. According to the researchers, their study will help to predict similar episodes in the future, but “it is necessary to study many other cases of snowstorms to assess whether the factors that affect their formation are the same,” highlights Gascón.

In another study published in the ‘Journal of Geophysical Research: Atmospheres', scientists have measured the evolution of variables such as the content of liquid water, temperature, relative humidity and water vapour “to improve short-term predictions”.

Although there is a possibility that the Madrid snowfall in March 2011 will happen again, the chances “are low,” warns the expert. In any case, Gascón clarifies that the predictions from numerical models more than two or three days into the future are “not very reliable”. “We wouldn’t know if the episode was to be repeated until a few days beforehand,” she admits.

Since yesterday, almost the whole of the Iberian Peninsula and the Balearic Islands are on alert for a cold snap bringing ice and snow to Northern and Central Spanish provinces, Menorca and Mallorca, Granada and Castellón.

AEMET, the State Meteorological Agency in Spain has said that the mass of air crossing the European continent is dry air, meaning significant precipitation in the north of the Peninsula, but also affecting other areas in the north and the Balearic Islands.

The Atlantic Anticyclone of the north of Europe together with an extensive centre of low pressure above the Mediterranean are responsible for the mass of air is drawn from the East to Spain.

According to AEMET, temperatures will start to rise again from Sunday 8 February, but will remain low in many areas, with the situation set to last until Tuesday 10 February.