Thanks to the more than 11,200 sightings of cetaceans over the course of ten years, Spanish and Portuguese researchers have been able to identify, in detail, the presence of orcas in the Gulf of Cadiz, the Strait of Gibraltar and the Alboran Sea. According to the models that have been generated, the occurrence of these cetaceans is linked to the distribution of their main prey (red tuna) and their presence in Spanish, Portuguese and Moroccan waters is thus more limited than previously thought. 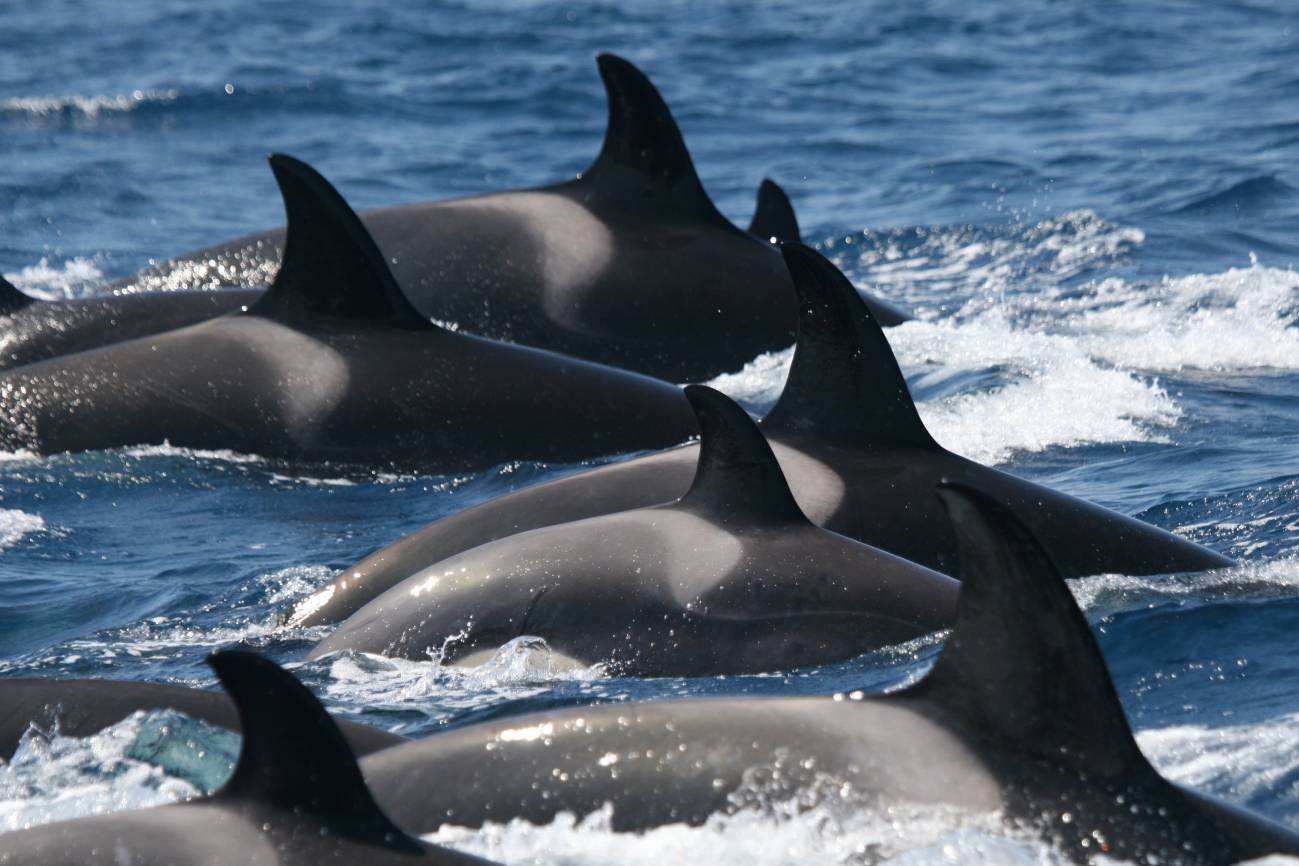 In 2011, the Spanish Ministry of the Environment considered the small population of orcas (Orcinus orca) that inhabits the waters in the south of Spain to be ‘vulnerable’, and included it in the Spanish Catalogue of Endangered Species. Its addition was justified: the orcas that live in this area belong to a reduced group of individuals that each year swims between the Strait of Gibraltar and the Gulf of Cadiz in search of tuna.

Despite efforts to demarcate the spatial distribution of this group of cetaceans, until now little was known about their movements during spring and summer in the Alboran Sea, the Strait of Gibraltar and the Gulf of Cadiz. The new study, published in the ‘Journal of the Marine Biological Association of the United Kingdom’, allows their location each year to be identified with greater precision.

The results show that the presence of orcas is closely linked to the distribution of the tuna during their migration through the studied area. “This limits their distribution to the Gulf of Cadiz in spring and the Strait of Gibraltar in summer,” notes Esteban.

Furthermore, “any reduction in the abundance of tuna could endanger this population of orcas,” the researcher adds. She considers it important to demarcate an exclusive marine area where human activity, such as whale watching, military exercises or recreational fishing, does not interrupt their predation techniques.

According to the predictions of the model generated using 278 orca sightings and 7,206 of other cetaceans, it has been forecast that in summer there will be a large number of orcas in the most westerly part of the centre of the Strait of Gibraltar.

The 44 sightings of orcas from research vessels, whale watching companies and opportunist observations and the 3,746 sightings of other cetaceans have shown that the orcas remain in two specific areas in spring: in the most easterly area of the Gulf of Cadiz –in shallow waters around Spain and Morocco-, and in southern Portugal, in particular close to Faro.

In the Alboran Sea, only four orca sightings have been registered in ten years. Scientists have therefore not been able to identify any important habitat area with the models used in the other areas.

During autumn and winter, orcas have barely been observed in the most regularly populated areas. “It is possible that this group of marine mammals travels in waters close to the migration route of the tuna,” the researchers have concluded.