A hazard to power supply and telecommunications

According to observations from the Tihany Magnetic Observatory in Hungary, the indices used by scientists to assess the Sun's geomagnetic perturbations to the Earth are unable to detect some of these events which could put both power supply and communication networks at risk. The Tihany Magnetic Observatory registered a solar storm similar to the largest one ever recorded while other observatories were completely unaware of the event. 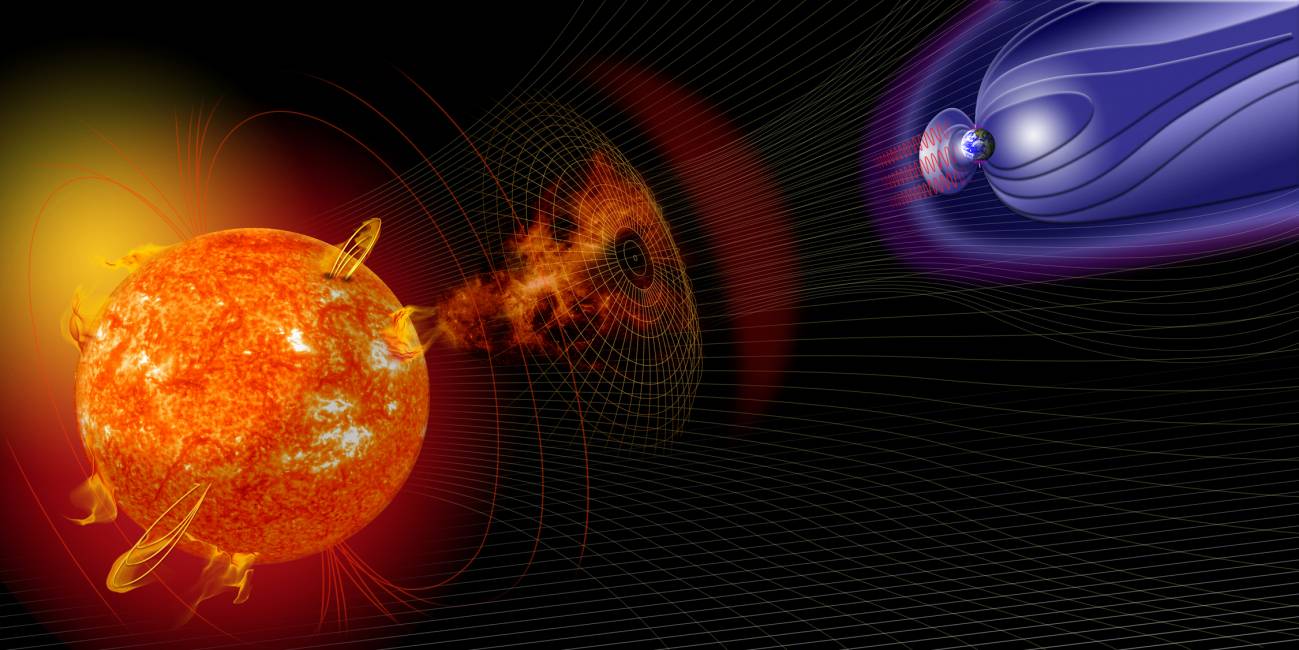 Solar flares can provoke geomagnetic perturbations to the Earth. / NASA

In 1859 the largest and most powerful solar storm ever recorded, also known as the Carrington Event or the Carrington Flare in honour of the English Astronomer Richard Carrington who observed it, was detected at the Colaba Observatory in India. This solar storm allowed for the observation of auroras at latitudes as low as Madrid and even the Caribbean Sea. However, the storm was also the cause of power outages and fires at telegraph system facilities all over Europe and North America.

Ever since, geomagnetic storms caused by the Sun pose a serious threat to a society that is increasingly dependent on technology, in addition to directly posing serious danger to power and communication networks. In order to avoid this risk scientists have developed several indices that can help to both analyse and predict this phenomenon.

One of the most widely used indices for measuring geomagnetic storms is the Dst (Disturbance storm time), which is obtained every hour by averaging the data recorded at four observatories: Hermanus (South Africa), Kakioka (Japan), Honolulu (Hawaii, USA) and San Juan (Puerto Rico).

A more precise version called SYM-H -which assesses the horizontal component of the Earth's magnetic field- utilises the information collected from even more observatories and a one-minute time resolution. Scientists can track the effects of large solar storms by using these two indices wherein latitude (the angular distance to the equator) is the prevailing data in magnetic records. One of these large solar storms was the Halloween Solar Storm that took place between October and November of 2003.

Nevertheless, neither Dst nor SYM-H was able to detect the magnetic perturbation that affected the Earth precisely at that time, specifically on 29 October 2003. This solar event was extraordinarily similar to the Carrington Flare of 1859. The Halloween Solar Storm affected power plants both in Sweden and South Africa where several transformers were burnt.

The event was recorded at the Tihany Magnetic Observatory in Hungary. A team of researchers from the University of Alcalá has now analysed the official indices' failure to detect that event, and is now reporting on the potential consequences.

Could the scientific community be wrong?

“One of the conclusions is that the indices commonly used by scientists -such as Dst or SYM-H, which are based on an overall perspective of the Earth and obtained by calculating averages,- failed to detect such an important event, and they most likely would have failed to detect the Carrington Event as well,” explains Consuelo Cid, the lead author.

The study, published by the ‘Journal of Space Weather and Space Climate’, suggests that the scientific community could be mistaken in their calculation of the data average from different observatories around the world. This may be attributable to the fact that positive and negative magnetic disturbances cancel each other out, meaning that the true magnetic disturbance in a region disappears. In addition, the disturbance depends greatly on the local time (longitude), although other scientists postulate that it depends largely on the latitude.

“A Carrington-like event may occur more often than we expect; actually, it might have already happened without us even realising it,” notes Cid, who points out the need to develop local indices that are truly useful to companies that may be affected by these disturbances, such as electric companies.

In fact, her team has developed the Local Disturbance index for Spain (LDiñ) which calculates the geomagnetic perturbation in Spanish territory. It is calculated based on the magnetic field recorded at the San Pablo Observatory in Toledo, which belongs to the Spanish National Geographic Institute.

“An index similar to LDiñ could be used in neighbouring countries, such as Portugal, France and Italy; likewise, indices adjusted to each region could be developed for use in other parts of the world,” points out the researcher, who insists on the need to collaborate with implicated companies, just as her research team collaborated with Spain's national power grid company, Red Eléctrica Española.