The remains of an Iberian lynx specimen which lived 1.6 million years ago - the oldest ever discovered - were found resting in a cave in Barcelona (Spain). This discovery not only allows us to shed light on the origins of one of the world's most endangered feline species, but it also means that the emergence of this species on the Iberian Peninsula dates back half a million years earlier than what was originally believed. 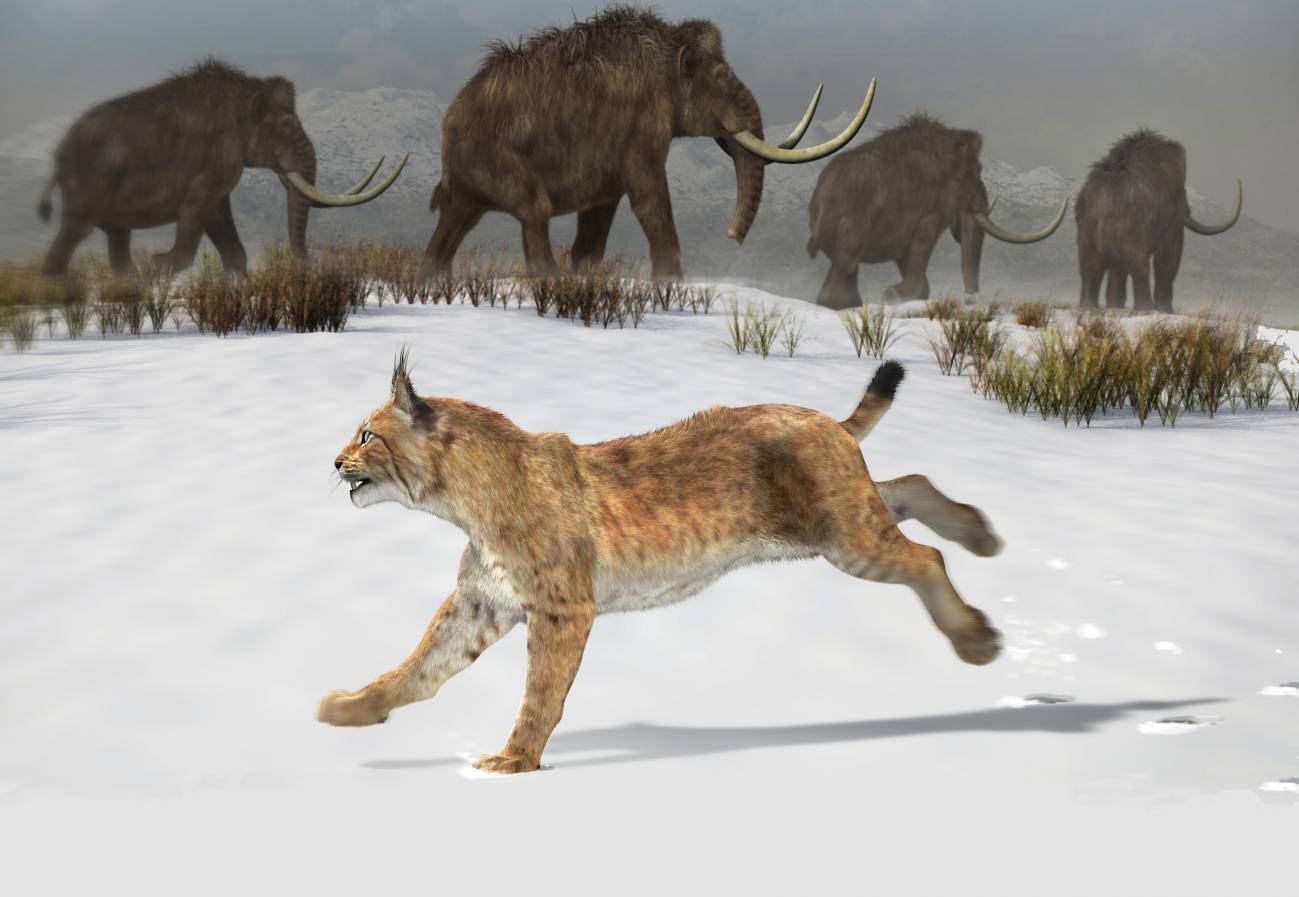 Reconstruction of the Iberian lynx that lived in the Iberian Peninsula 1.6 million years ago. / José Antonio Peñas (Sinc)

This newly discovered specimen was 10 to 20 centimetres larger and around 10 kilograms heavier than the Iberian lynx that currently inhabits Doñana National Park in Spain. Its coat was also longer than it is today in order to withstand continuous near-freezing temperatures. This description of the feline was formulated after a study was carried out on one of the first Iberian lynxes that ever lived in Spain.

The emergence of this feline on the Iberian Peninsula actually dates back 500,000 years earlier than what scientists originally thought

Part of a cranial fossil belonging to an Iberian lynx (Lynx pardinus) was uncovered among the horse, goat, deer, woolly mammoth, fox and wolf bones preserved in the Avenc Marcel Cave located in the Garraf massif of Barcelona. This is the oldest Iberian lynx that has been found on the Iberian Peninsula to date and it was discovered by the scientist Manel Llenas in 2003.

“We have confirmed this earlier appearance of the Iberian lynx based on initial molecular studies that estimate the emergence of this feline during the Early Pleistocene in the Iberian Peninsula,” asserts Alberto Boscaini to SINC, a researcher at the Miquel Crusafont Catalan Institute of Palaeontology (ICP) and the main author of this study published by 'Quaternary Science Reviews'.

Timeline of the evolution of this species

In order to understand the origins of the Iberian Peninsula's most emblematic species and one of the world's most endangered felines according to the International Union for Conservation of Nature (UICN), we must first go back in time.

The common ancestor of all the species belonging to the Lynx genus, Lynx issiodorensis, first appeared in North America about four million years ago before spreading to the continents of Asia and Europe where it persisted throughout time. These species underwent few changes, with the most evident being a decrease in size.

The European population of L. issiodorensis led to the appearance of Lynx pardinus one and half million years ago. Since then, this species has endured few changes to its genetics and continues to inhabit the Iberian Peninsula today. According to scientists, this evolution may have taken place when the Iberian Peninsula became isolated due to one or several consecutive glacial periods.

The new date provided by the study –1.6 million years ago– lines up with the period of time when all of southern Europe, especially the Iberian Peninsula, became a refuge from the Quaternary glaciation.

This refuge was also home to the European rabbit (Oryctolagus cunilus), the Iberian lynx's primary prey more than 75% of the time. The morphological analyses carried out on the cranium found in Catalonia confirm the type of diet consumed by this feline.

“Other cranial features - such as those related to this carnivore's diet - are proof that the Iberian lynx hunted small-sized prey such as lagomorphs and rodents which had a great presence during that time period,” the researcher states to SINC.

According to the study, speciation of the Iberian lynx could therefore be related to the special diet still followed by these specimens inhabiting our planet today, including the rabbit as their primary prey.