Scientists from Germany and Spain have discovered a way to create a BioLED by packaging luminescent proteins in the form of rubber. This innovative device gives off a white light which is created by equal parts of blue, green and red rubber layers covering one LED, thus rendering the same effect as with traditional inorganic LEDs but at a lower cost. 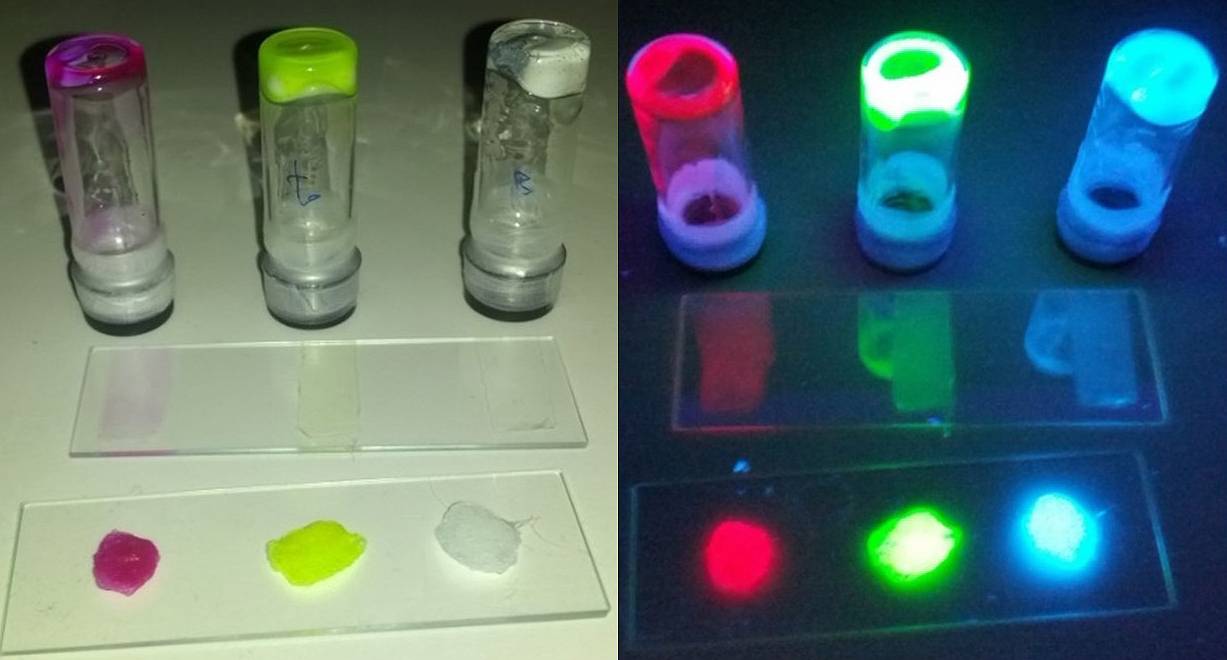 Increasingly popular LEDs, or light-emitting diodes, are the light of choice for the European Union and the United States when it comes to creating lighting devices of the future. This preference can be attributed to the fact that LEDs are more efficient than traditional incandescent bulbs and more stable than energy-efficient light bulbs.

Despite their advantages, however, LEDs are manufactured using inorganic materials that are in short supply –such as cerium and yttrium–, thus meaning that they are more expensive and difficult to sustain in the long run. Additionally, white LEDs produce a colour that is not optimal for eyesight since they lack a red component that can psychologically affect individuals exposed to them for long periods of time.

Now, however, a German-Spanish team of scientists has drawn inspiration from nature's biomolecules in search of a solution. Their technique consists in introducing luminescent proteins into a polymer matrix to produce luminescent rubber. This technique involves a new way of packaging proteins which could end up substituting the technique used to create LEDs today. Details are published in the journal 'Advanced Materials'. 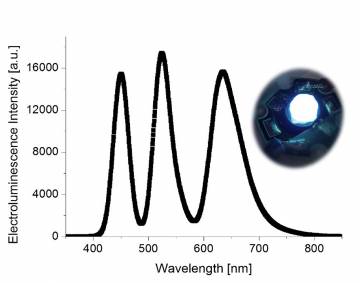 “We have developed a technology and a hybrid device called BioLED that uses luminescent proteins to convert the blue light emitted by a 'normal' LED into pure white light”, explains Rubén D. Costa to Sinc, a researcher at the University of Erlangen-Nürnberg (Germany) and co-author of the study.

It is always necessary to have either a blue or an ultraviolet LED to excite the rubbers that are put over the LED in order to make it white. In other words, we can combine blue LED/green rubber/red rubber, or ultraviolet LED/blue rubber/green rubber/red rubber. The result is the first BioLED that gives off a pure white light created by similar parts of the colours blue, green and red, all while maintaining the efficiency offered by inorganic LEDs.

The authors clear up that the blue or ultraviolet LEDs are much cheaper than white ones, which are made of an expensive and scarce material known as YAG:Ce (Cerium-doped Yttrium Aluminium Garnet). The idea is replace it by proteins.

“The Bio-LEDs are simple to manufacture and their materials are low-cost and biodegradable, meaning that they can easily be recycled and replaced”, points out Costa, while also highlighting the high stability of these proteins that have “luminescent properties that remain intact during the months of storage under different environmental conditions of light, temperature and humidity”.

In fact, with this technique “we have been able to achieve a sustained use of proteins in optoelectronic devices with an excellent stability for the first time, something that had not happened in the last 50 years. This thus represents a major breakthrough in this field”, stresses Pedro B. Coto, another one of the authors who also conducts research at this German university.

Scientists are already working on optimising this new elastic material in order to achieve greater thermal stability and an even longer operating lifetime. They are addressing how to optimise the chemical composition of the polymer matrix in addition to using proteins that are increasingly more resistant to device operating conditions. The goal is to make this new BioLED more accessible on an industrial scale in the not too distant future.

It would be nice to share the research data.We are into assembling of LEds for various lighting applications.