New evidence in support of the Planet Nine hypothesis

Last year, the existence of an unknown planet in our solar system was announced. However, this hypothesis was subsequently called into question as biases in the observational data were detected. Now Spanish astronomers have used a novel technique to analyse the orbits of the so-called extreme trans-Neptunian objects and, once again, they point out that there is something perturbing them: a planet located at a distance between 300 to 400 times the Earth-Sun separation. 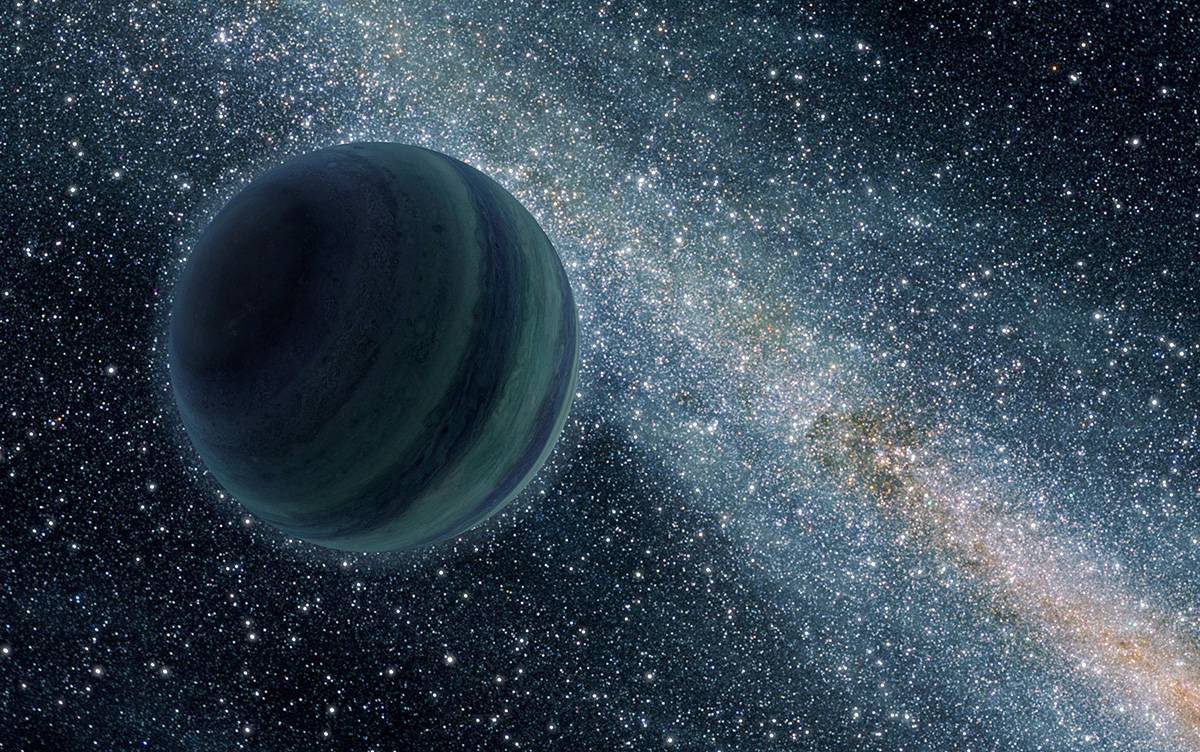 Will another planet be added to the list of Mercury, Venus, Earth, Mars, Jupiter, Saturn, Uranus and Neptune in our solar system? / NASA

Scientists continue to argue about the existence of a ninth planet within our solar system. At the beginning of 2016, researchers from the California Institute of Technology (Caltech, USA) announced that they had evidence of the existence of this object, located at an average distance of 700 AU or astronomical units (700 times the Earth-Sun separation) and with a mass ten times that of the Earth. Their calculations were motivated by the peculiar distribution of the orbits found for the trans-Neptunian objects (TNO) of the Kuiper belt, which apparently revealed the presence of a Planet Nine or X in the confines of the solar system.

However, scientists from the Canadian-French-Hawaiian project OSSOS detected biases in their own observations of the orbits of the TNOs, which had been systematically directed towards the same regions of the sky, and considered that other groups, including the Caltech group, may be experiencing the same issues. According to these scientists, it is not necessary to propose the existence of a massive perturber (a Planet Nine) to explain these observations, as these are compatible with a random distribution of orbits.

Now, however, two astronomers from the Complutense University of Madrid have applied a new technique, less exposed to observational bias, to study a special type of trans-Neptunian objects: the extreme ones (ETNOs, located at average distances greater than 150 AU and that never cross Neptune's orbit). For the first time, the distances from their nodes to the Sun have been analysed, and the results, published in the journal ‘MNRAS: Letters’, once again indicate that there is a planet beyond Pluto.

The nodes are the two points at which the orbit of an ETNO, or any other celestial body, crosses the plane of the solar system. These are the precise points where the probability of interacting with other objects is the largest, and therefore, at these points, the ETNOs may experience a drastic change in their orbits or even a collision.

“If there is nothing to perturb them, the nodes of these extreme trans-Neptunian objects should be uniformly distributed, as there is nothing for them to avoid, but if there are one or more perturbers, two situations may arise,” explains Carlos de la Fuente Marcos, one of the authors, to SINC. “One possibility is that the ETNOs are stable, and in this case they would tend to have their nodes away from the path of possible perturbers, he adds, but if they are unstable they would behave as the comets that interact with Jupiter do, that is tending to have one of the nodes close to the orbit of the hypothetical perturber”.

Using calculations and data mining, the Spanish astronomers have found that the nodes of the 28 ETNOs analysed (and the 24 extreme Centaurs with average distances from the Sun of more than 150 AU) are clustered in certain ranges of distances from the Sun; furthermore, they have found a correlation, where none should exist, between the positions of the nodes and the inclination, one of the parameters which defines the orientation of the orbits of these icy objects in space.

“Assuming that the ETNOs are dynamically similar to the comets that interact with Jupiter, we interpret these results as signs of the presence of a planet that is actively interacting with them in a range of distances from 300 to 400 AU,” says De la Fuente Marcos, who emphasizes: “We believe that what we are seeing here cannot be attributed to the presence of observational bias”.

Until now, studies that challenged the existence of Planet Nine using the data available for these trans-Neptunian objects argued that there had been systematic errors linked to the orientations of the orbits (defined by three angles), due to the way in which the observations had been made. Nevertheless, the nodal distances mainly depend on the size and shape of the orbit, parameters which are relatively free of observational bias.

“It is the first time that the nodes have been used to try to understand the dynamics of the ETNOs”, the co-author points out, as he admits that discovering more ETNOs (at the moment, only 28 are known) would permit the proposed scenario to be confirmed and subsequently constrain the orbit of the unknown planet via the analysis of the distribution of the nodes.

The authors note that their study supports the existence of a planetary object within the range of parameters considered both in the Planet Nine hypothesis of Mike Brown and Konstantin Batygin from Caltech, and in the original one proposed in 2014 by Scott Sheppard from the Carnegie Institute and Chadwick Trujillo from the University of North Arizona; in addition to following the lines of their own earlier studies (the latest led by the Instituto de Astrofísica de Canarias), which suggested that there is more than one unknown planet in our solar system.

Is there also a Planet Ten?

De la Fuente Marcos explains that the hypothetical Planet Nine suggested in this study has nothing to do with another possible planet or planetoid situated much closer to us, and hinted at by other recent findings. Also applying data mining to the orbits of the TNOs of the Kuiper Belt, astronomers Kathryn Volk and Renu Malhotra from the University of Arizona (USA) have found that the plane on which these objects orbit the Sun is slightly warped, a fact that could be explained if there is a perturber of the size of Mars at 60 AU from the Sun.

“Given the current definition of planet, this other mysterious object may not be a true planet, even if it has a size similar to that of the Earth, as it could be surrounded by huge asteroids or dwarf planets,” explains the Spanish astronomer, who goes on to say: “In any case, we are convinced that Volk and Malhotra's work has found solid evidence of the presence of a massive body beyond the so-called Kuiper Cliff, the furthest point of the trans-Neptunian belt, at some 50 AU from the Sun, and we hope to be able to present soon a new work which also supports its existence”.