A novel way to count white blood cells without a blood test, simply by applying a small device on the fingertip, is being developed by a team of young bioengineers. The technology, that combines an optical sensor with algorithms, has already three prototypes on the go and is specially designed to be used on chemotherapy patients, who could know their immune system levels in real time. It could also serve to detect serious infections. 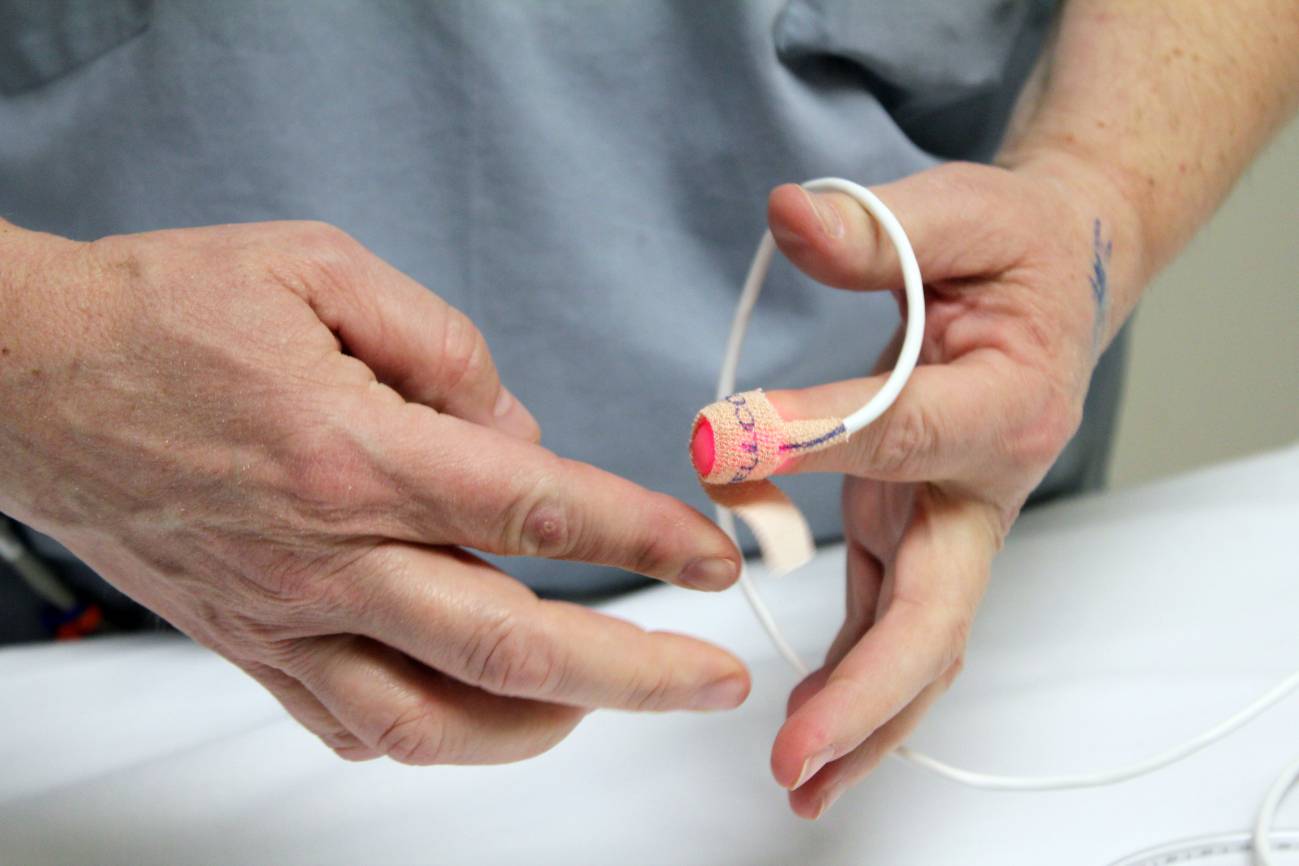 Researchers are working to miniaturize the device for white blood cell counting which could be used in a similar way to the pulse oximeter shown in the image, used to measure oxygen levels in the blood. / Quinn Dombrowski

A group of young bioengineers from various countries, including Spaniard Carlos Castro, is developing a portable device capable of counting white blood cells in real time, without requiring a blood test. The system includes an innovative optics sensor that looks through the skin and can observe white cells as they flow past a miniature lens. This new device –potentially on the market in 2019– could be applied to improve the treatment of patients who are left immunosuppressed after chemotherapy treatments and to prevent sepsis.

The project, known as Leuko, has been financed by Madrid-MIT M+Visión, a consortium that seeks to catalyse collaboration between research centres and hospitals in the region of Madrid with the Massachusetts Institute of Technology (MIT) and other centres in the Boston area (USA). Two other USA institutions have also supported the project: the Center of Future Technologies in Cancer Care and the Coulter Foundation. The total amount raised to develop this idea has been 400,000 euros.

Carlos Castro, an engineer specialised in biomedicine working in the Research Laboratory of Electronics at MIT, tells Sinc that the new device “will allow white blood cells to be measured simply and painlessly. The same way diabetics nowadays have a glucometer to check their glucose levels, patients undergoing chemotherapy will be able to use a ‘leukometer’ in the future to estimate the state of their immune system.”

This technology –Castro adds– opens up the possibility to personalize chemotherapy treatment according to the immunological response for each patient. Particularly, in the case of patients with lymphomas and leukaemia, “treatment doses could be maximised for each individual without compromising their immunological system. Treatment efficiency could be improved while reducing the risk of suffering serious infections.”

The engineer tells that the idea came up during a clinical visit the team conducted at Hospital Gregorio Marañón, in Madrid, two years ago. The researchers observed that immunosuppression (low white blood cell counts) is the main side effect for chemotherapy patients, which leads to possible infections, hospitalizations, treatment delays and shorter life expectancy.

From that moment, “we saw the need to create a non-invasive device that would detect leukopenia earlier and avoid its consequences,” he says.

According to the expert, the technology includes a portable optical system, which provides oblique illumination with LEDs, and is able to capture images of superficial capillaries under the skin with cellular resolution. The acquired videos are subsequently analysed by automatic algorithms capable of detecting white blood cells and calculating their concentration. These algorithms, which have been protected by a patent filing, were presented at the Annual International Conference of the IEEE Engineering in Medicine and Biology Society, held in Milan in August.


Castro explains that the device is placed on the patient’s fingertip, in a similar way to how pulse oximeters are used in hospitals to measure blood oxygen levels. With a small lens, the system captures images of capillaries very close to the surface in the nailbed. 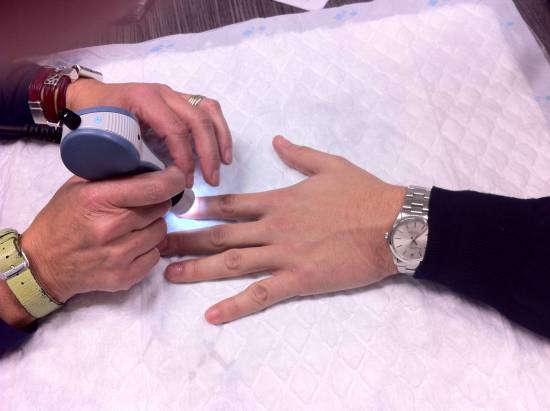 One prototype is a portable microscope which is placed manually on the patient’s fingertip to take videos of microcirculation in very superficial capillaries. / Research Laboratory of Electronics / MIT

When illuminating at certain frequencies, light is absorbed by the haemoglobin in the red cells, an effect that does not happen with the white cells. This means that the leukocytes appear as small transparent particles moving inside the capillary.

Subsequently, “our image processing algorithms recognise these events and count them, providing an estimate for their concentration in the blood,” adds the researcher. In his opinion, this easy-to-use and portable device will allow the patients to carry out these measurements at home in the future. It will no longer be necessary for them to travel to a hospital or clinic. “In rural areas where access to health centres is limited, or in developing countries, this becomes a huge advantage. It would also be possible to perform measurements on a continuous basis, opening up treatment options that were previously not possible,” he highlights.

For example, if white blood cells were detected to be too low for a chemotherapy patient, medication could be immediately prescribed to boost his levels and avoid a potential infection. On the other hand, if a patient is observed to recover earlier than anticipated, he could be administered a new dose of his treatment and shorten his recovery time. “These decisions are not currently possible because it is not feasible to call patients in every hour or every day to test their blood”, says Castro.

The engineer says that, in addition to its application in chemotherapy, “there are other medical areas where this device could have a great impact, from preventing sepsis to the early diagnosis of bacterial or viral infections, which threatens 4 billion people worldwide.”

There are currently three different prototypes. One of them is a portable microscope which is placed manually on the patient’s fingertip to take videos of the microcirculation in very superficial capillaries. This device has already been tested on 31 patients in Hospital Fuenlabrada and on six more in Massachusetts General Hospital. “We are now working to improve its accuracy and reliability,” says Castro.

A second version of the prototype includes modifications to the microscope to improve the stability and quality of the images. The third type is a small optical piece which can be placed in a mobile phone camera to obtain images of the circulation in the capillaries. “These images could then be transmitted to a server where the algorithms would analyse them and give an estimate from the analysis”.

Castro thinks that by the beginning of 2017 an initial beta product could be available for people willing to try it through crowdfunding platforms such us Indiegogo. “Afterwards, with sufficient funding, we could develop a final product which meets European regulations by the beginning of 2019. This would include improvements to the prototype and clinical validation in a significant sample of patients to demonstrate the technology’s capacity,” he concludes.