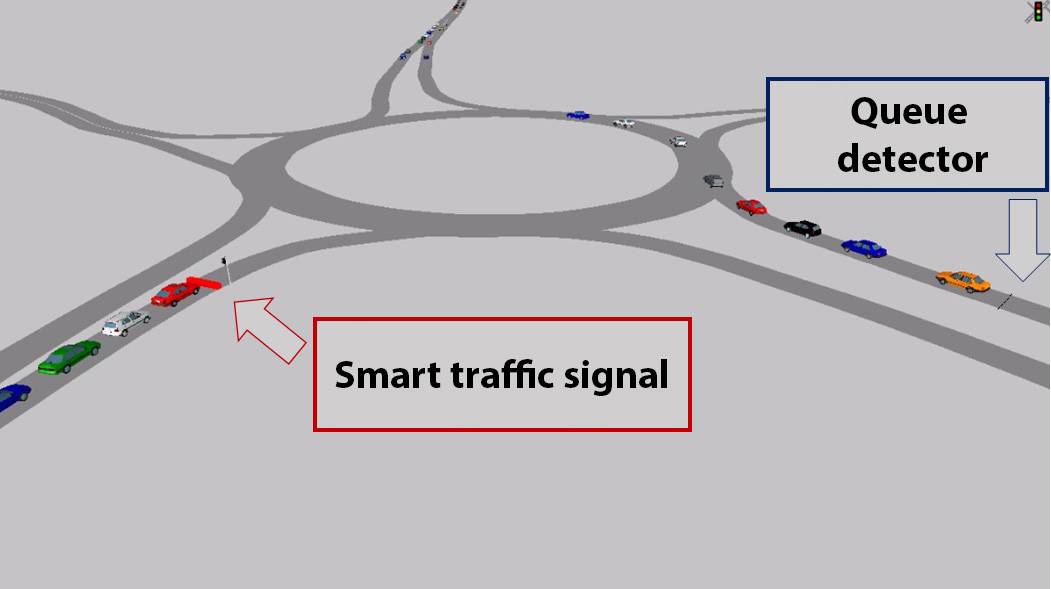 The smart traffic light on one of the roundabout approaches would only be activated or turn red when the queue detector on the other approach road indicates there is a queue. / Crédito: Mariló Martín-Gasulla et al./UPV

Roundabouts allow for motorists to cross intersections without the need to stop before crossing in a safe and more efficient way. However, where traffic flows are not balanced, there can be delays and long queues of vehicles at certain roundabout approaches, infuriating motorists.

As a solution to this problem, engineers tend to enlarge the roundabout and the number of lanes, build direct right turn bays upstream the intersection, convert the roundabout into a complete signalized intersection and even create grade-separated interchanges. However, not all the situations allow for these constructive solutions and often they cannot be implemented due to environmental or budgetary limitations.

In these situations, researchers from the Universitat Politecnica de Valencia (UPV, Spain) have proposed the implementation of an intelligent transport system based on the ramp meter already used on ramps on some foreign motorways and highways to “ration” the number of vehicles from side streets and minor roads joining the main road when the latter is congested. The researchers’ proposal is to apply this to roundabouts using an ad-hoc methodology.

“One of the main approaches which provides higher demand would be monitored using what is known as queue detector, a magnetic device installed inside the asphalt which detects cars. This is in turn connected to a smart traffic signal at a second, less congested approach which is impeding the former to cross the intersection,” explained Marilo Martín-Gasulla, the main author of the paper.

Queues reduced by up to 60%

“In this way,” she added, “we can use programming to generate longer gaps on the roundabout that can be used by drivers, mainly on the congested approach but also from other approaches to the roundabout, smoothing traffic flow and improving the overall operation of the roundabout. In this way, delays can be reduced by up to 60%.” 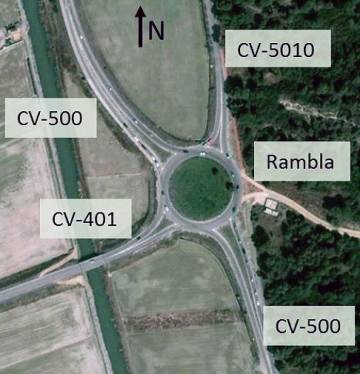 Researchers have collected data in a roundabout of El Saler (Valencia), located in the vicinity of the Albufera Natural Park, which limits any constructive solution to speed traffic. / Mariló Martín-Gasulla et al./UPV

To carry out the study, published in the journal ‘Transportation Research Record’, the authors used real traffic data recorded at a roundabout in El Saler (Valencia) and microsimulation techniques. Next, they developed a graphical model and a guide for engineers and road managers to implement the smart system, already being used in Australia and on some roundabouts in North America. The system costs around 14,300 euros.

The paper’s authors stress that the system is not based on creating a signalized roundabout; it only uses signals on one particular approach to regulate traffic on the roundabout according to the needs of the specific moment. The system is optimized by programming minimum green (or blank) and red times, and a maximum red time, in order to prevent excessive delays for motorists on the metered approach. The system is only activated when it is determined by the traffic volume.

“Ultimately, the system is balanced, based on data received from the controlling approach, reducing queue time and length. This also assists in reducing emissions, as motorists stop fewer times and for shorter periods,” said Martín-Gasulla, who is now a PhD candidate at the University of Florida (USA).

The proposed system is currently targeting single-lane roundabouts in Spain, although this could be expanded. “Any extrapolation to another environment could involve inaccuracies,” the author points out, “because driver behavior changes significantly between countries. Moreover, the large number of roundabouts in Spain leads to the assumption that motorists are more aware of how to travel through them, maneuvering more efficiently and aggressively than in other countries.”

The researcher looks forward to the day when this system can be implemented in some roundabout in Spain to test its effectiveness and to perform further improvements, if necessary. 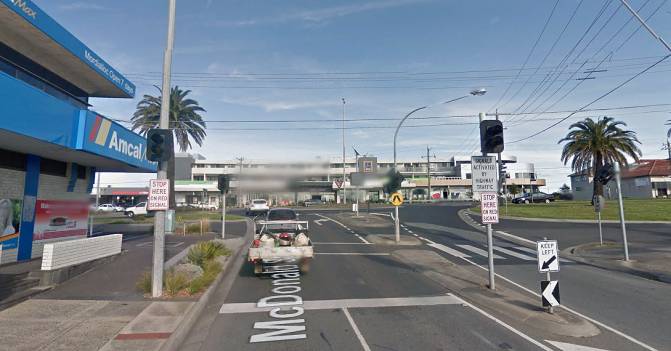 Smart traffic light located before the intersection of McDonald St. with Nepean Highway in Melbourne (Australia), which is only activated and turns red with heavy traffic on the main road. / © Google Maps 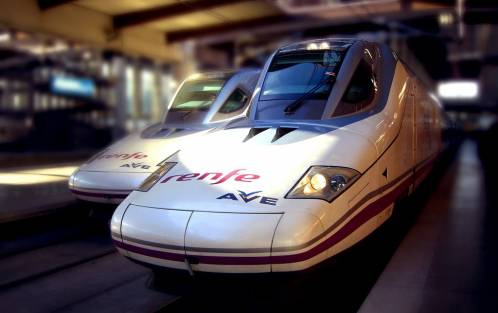 Does the drop in Spanish high-speed train prices constitute an act of unfair competition?
SINC 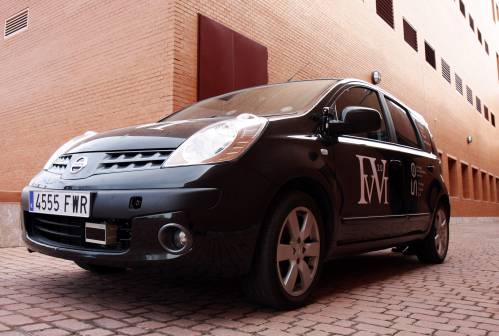 An intelligent vehicle that can detect pedestrians at nighttime
UC3M