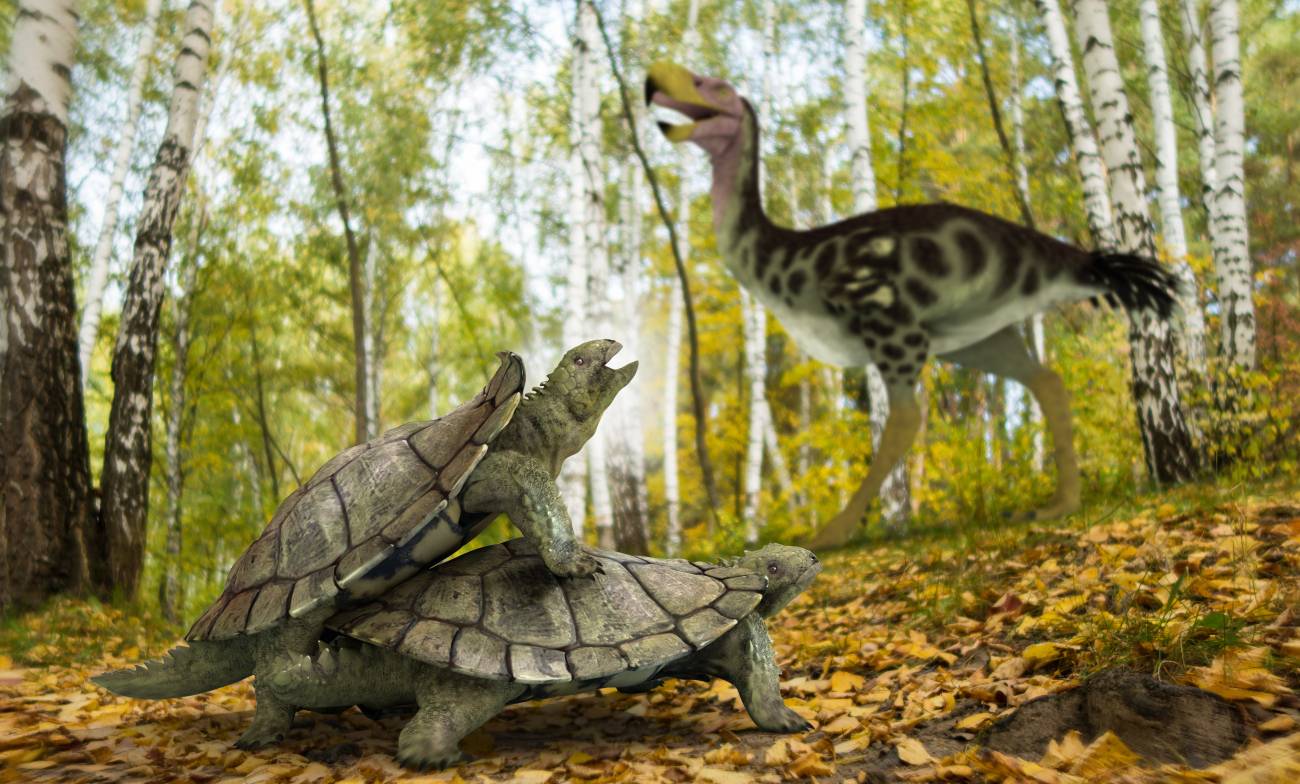 All turtle species we know of today are descendants of two lineages that separated during the Jurassic, more than 160 million years ago. But their members were not the only ones that existed. There had been many groups of primitive tortoises before them, in an earlier evolutionary position.

Some of these ancient reptiles managed to survive at a time when dinosaurs dominated the Earth. However, virtually all of the early groups of turtles disappeared after an asteroid impact that took place 66 million years and wiped out 70% of life on the planet.

“The reason why Laurasichersis survived the great extinction remains a mystery,” Pérez García had confided

Only the so-called “horned turtles” or meiolaniids managed to hold out, more specifically in Gondwana, the current southern hemisphere, according to fossils found in Oceania and South America. Their last representatives managed to co-exist relatively recently with humans, who hunted them to extinction. No other primitive turtle had appeared in the records of the last 66 million years.

After 10 years of study, the palaeontologist Adán Pérez García, from the Evolutionary Biology Group of the National University of Distance Education (UNED, Spain), now confirms that, in the northern hemisphere, on the ancient continent called Laurasia, a primitive land turtle also survived the mass extinction of the late Cretaceous period.

This was Laurasichersis relicta, an extinct turtle genus and species that corresponds to a new form, with very peculiar anatomical characteristics, and whose lineage evolved independently from that of the Gondwana tortoises, from which it separated 100 million years earlier.

“The reason why Laurasichersis survived the great extinction, while none of the other primitive North American, European or Asian land turtles managed to do so, remains a mystery,” Pérez García, the sole author of the paper published in Scientific Reports magazine, has confided to Sinc. 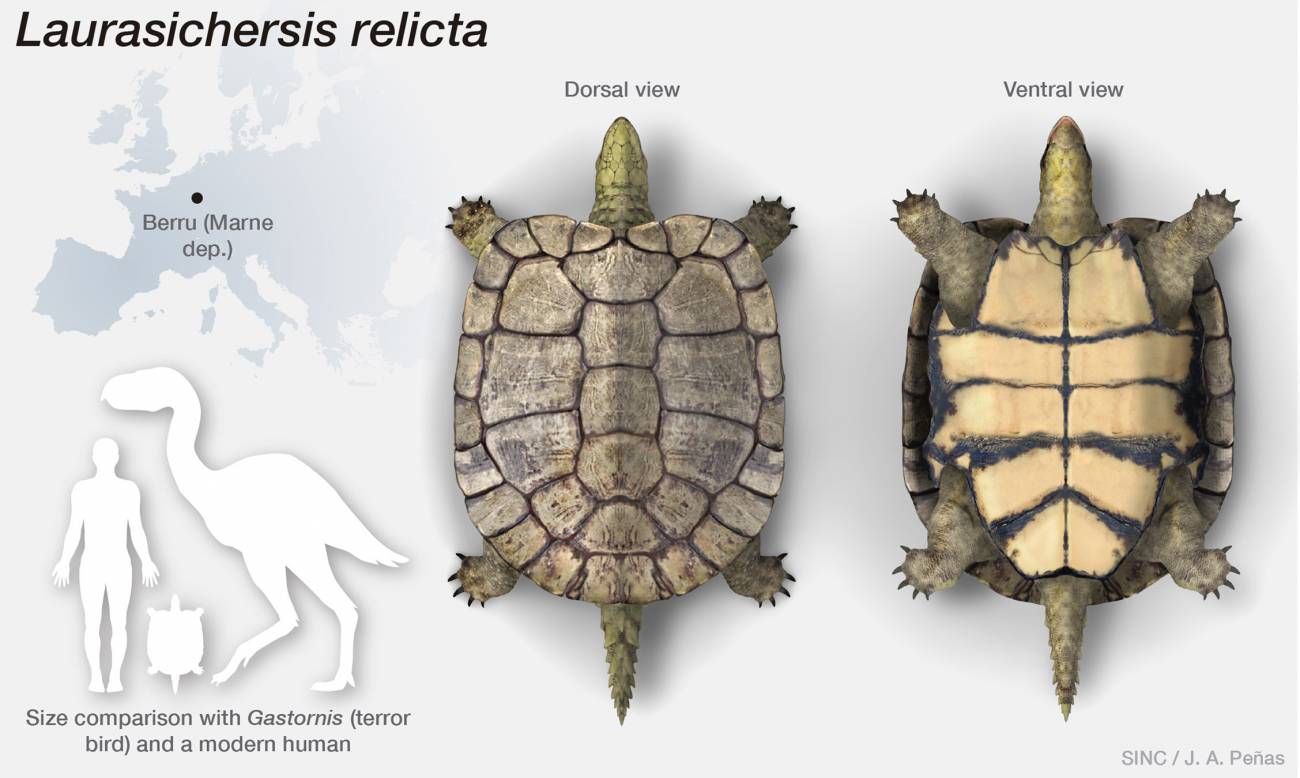 A drastic change after extinction

The impact of the asteroid plunged the Earth into a spiral of gas emissions, molten material and acid rain that caused a sudden warming of the climate and transformed the landscapes in which the turtles lived.

“The fauna of European turtles underwent a radical change: most of the forms that inhabited this continent before the extinction disappeared, and their role in many ecosystems was left vacant until the relatively rapid arrival of new groups from various places in North America, Africa and Asia,” the palaeontologist points out.

All of them, identified in these new ecosystems, seemed to belong to the two lineages that have persisted to this day, but the new study allows us to recognize that they were not alone. The appearance in a site in northeastern France of fossils of the shell, limbs and skull of Laurasichersis relicta shows that this primitive species also survived the mass extinction event in Laurasia.

The turtle developped protective mechanisms such as a shell with large, mutually linked spikes, which were hard structures located on the neck, legs and tail

However, its origin stems from another continent: “It is the last representative of a group previously identified in China and Mongolia, where it was known since the Jurassic, more than 100 million years before the new European Laurasichersis turtle existed. This group arrived on this continent very shortly after the end of the Mesozoic, 66 million years ago,” says the researcher.

The shell of the newly discovered turtle was just over 60 cm long during adulthood and, like other primitive reptiles, it could not retract its neck into its shell to conceal its head from predators. This physical limitation allowed it to develop other protective mechanisms such as an armor with large, mutually linked spikes, which were hard structures located on the neck, legs and tail.

Its peculiar shell is one of the most remarkable features of this reptile and one of the characteristics that make it unique. This complex structure was made up of numerous plates. “Although the number of plates is usually the same in most turtles, the ventral shell region of the new species was provided with a greater number of these elements than those known in any other turtle,” Pérez García stresses.

After the 10-km-diameter meteorite hit the Earth, the large dinosaurs ceased to be part of the landscape, but the turtle, which lived in humid environments with forest areas, coexisted with new predators. The latter quickly dominated the positions of the food chain that had remained available when most animals disappeared.