Oven-baked fish fingers have fewer furans than when fried

Spanish and Portuguese researchers have discovered that fried fish fingers generate more furanic compounds than those baked in the oven. To be precise, there are three times as many when fried with olive oil and twice as many with sunflower oil. These compounds improve the food’s organoleptic characteristics, but are believed to be toxic and carcinogenic. 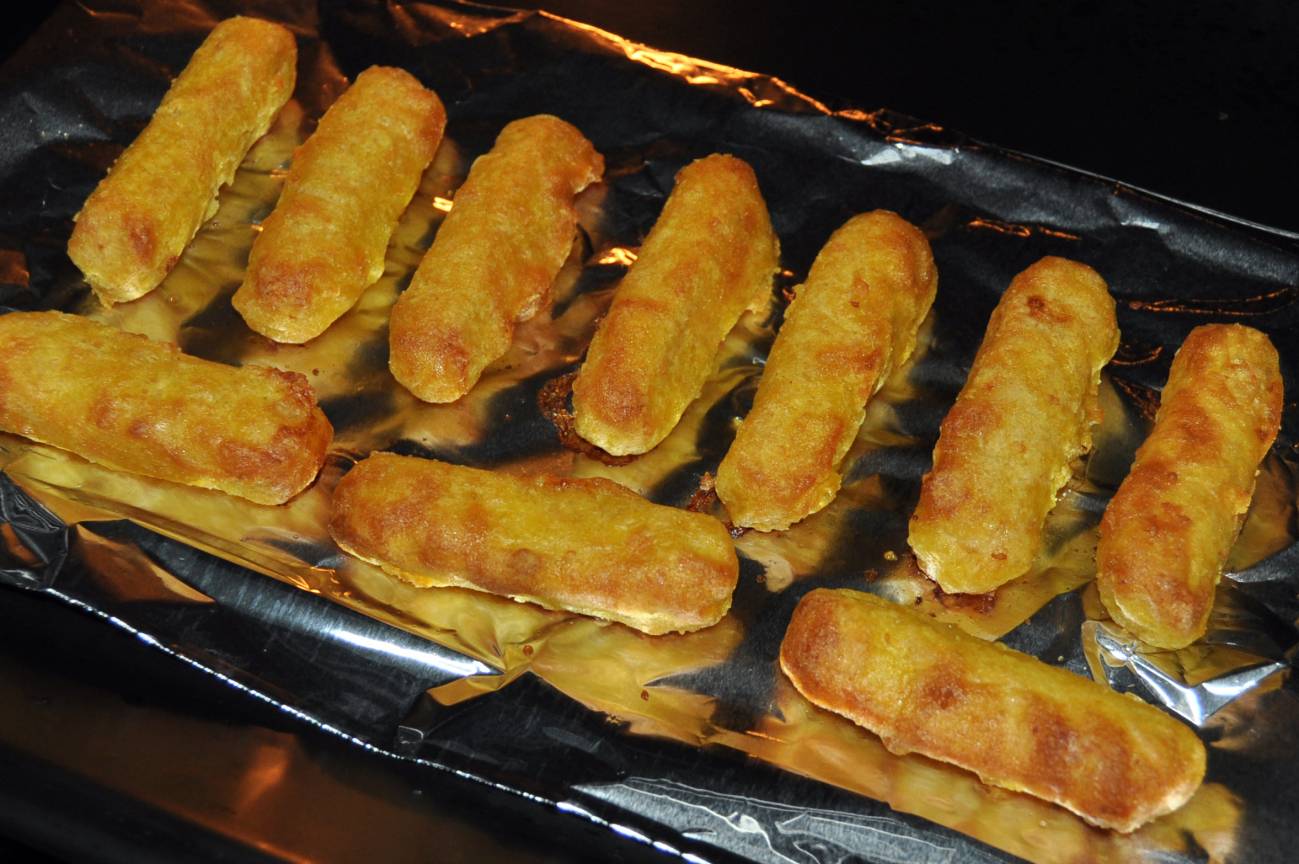 Worries concerning the presence of furans in food have risen in recent years due to their toxic and carcinogenic effects, as observed in animals. In fact the International Agency for Research on Cancer, part of the WHO, has now listed them as possible carcinogens for humans.

Now, a team of researchers from the University of Porto (Portugal) and the University of Extremadura (Spain) has evaluated the effects that the cooking conditions of fish fingers can have on the quantity of furans (furan, 2-furfural, furfuryl alcohol, 2-pentylfuran and 5-hydroxymethylfurfural).

The results, published in the journal ‘Food and Chemical Toxicology’, reveal that fish fingers fried in olive oil contain approximately 30 micrograms of furans per gram (µg/g) and around 20 µg/g when sunflower oil is used.

When they are oven-baked, on the other hand, they generate fewer of these harmful substances: 10 µg/g. Furthermore, if fried fish fingers are reheated in the microwave, concentrations of 8.15 µg/g are found.

“The number of furans is lower when the temperature is lower and frying time is shorter, and also decreases when a longer time elapses after cooking,” explains María Trinidad Pérez-Palacios, one of the authors.

“Therefore,” she adds, “formation of furanic compounds can be reduced by adjusting the conditions of cooking and post-cooking, for example by using the oven instead of the deep fryer, lowering the frying time and temperature – 4 minutes at 160 ºC is sufficient – or leaving a suitable amount of time (10 minutes) between cooking the product and eating it.”

The researchers found that by following these recommendations the formation of furans can be reduced, although the volatile compounds associated with the aroma and flavour of the cooked products decrease along with them.

“Furans enhance the organoleptic characteristics of food, but as there is scientific evidence of their potential toxicity and carcinogenicity, new research is channelled towards reducing the formation of these compounds without impairing our sensory enjoyment of what we are eating,” remarks Pérez-Palacios.

There is currently no legislation on the maximum permitted levels of furans in food. The European Food Safety Authority (EFSA) is working on this issue and recommends analysing these substances in heated products, such as cooked foods or drinks such as coffee, both when purchasing and when cooked for consumption.

Pérez-Palacios believes that it is also important to educate consumers to read the labels on ready-to-cook food products, which often recommend oven baking as the method of preparation, “which is a positive thing in terms of the results we have found.

“As such, manufacturers should also make progress, for example by putting information on packaging relating to the possibility of oven-cooking the product or even recommending it as the sole method of preparation,” the researcher concludes.