Scientists at the Cantabria International Institute for Prehistoric Research have traced the steps of the human beings that inhabited the region during the Palaeolithic era. Through computer programmes for geographical analysis, it is known that these nomads gradually abandoned high-altitude rocky shelters and caves to live on flatter plains. 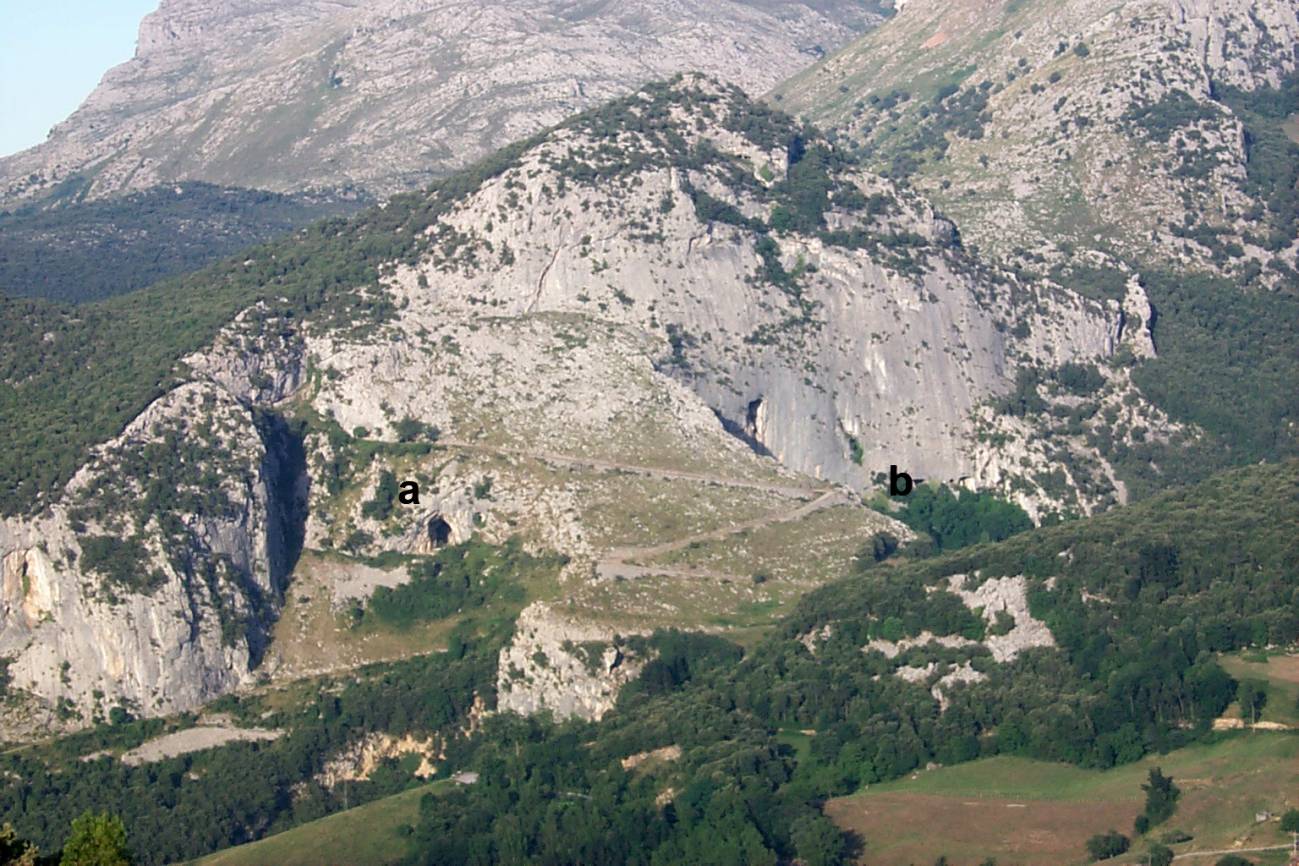 To see or to be seen? This is the question that humans inhabiting the Cantabrian coast during the Palaeolithic era had to ask themselves. A study published in the latest edition of the ‘Journal of Anthropological Archaeology’ analyses the visibility of Palaeolithic sites in the western half of Cantabria and the provinces of Biscay and Guipúzcoa using computer programmes for geographical analysis.

“We discovered that the nomad hunters and gatherers that inhabited these lands between 17,000 and 10,700 years ago swapped caves and refuges in the middle of hillsides or at high altitude for others in the depths of valleys and at the bottom of hills,” explains Alejandro García Moreno from the University of Cantabria, the main author of the study.

The oldest sites tend to be located on conical mountains, such as El Castillo in Cantabria and Santimamiñe in Biscay. They stand out in the scenery; in other words, not only do they offer a good vantage point, but they are also highly visible themselves.

To see or to be seen? This is the question that humans inhabiting the Cantabrian coast during the Palaeolithic era had to ask themselves

Over the course of the Palaeolithic new sites spring up, many of them in previously uninhabited caves and places of lower altitude. “From these caves they could not see as far, but the view would have covered a wider horizon,” the scientist expands.

In total, the researchers studied 25 archaeological sites from the end of the Upper Palaeolithic – the periods known as the Magdalenian and the Azilian – and used a geographic information system (GIS) which combines space data, such as maps and digital models of the land, with alphanumeric information.

Over this historical period, changes to climate and significant social transformations occurred. It was the end of the last glacial period, and new tools appeared, such as harpoons. There were also social, cultural and ideological changes, such as the disappearance of cave art.

The interpretation given by the authors of the recent article is that the preferences when deciding on a habitat could be based on two parallel reasons which are not mutually exclusive.

First, hunting large herds of animals – mainly doe – became less widespread. “Human beings were beginning to adopt a more varied diet, therefore it was not as important to guard their territory and keep watch for packs of animals; rather, they needed more direct access to a variety of resources nearby,” highlights García-Moreno.

The other explanation is a social one: it appears that at the end of the Palaeolithic period, human communities broke up and began to travel shorter and shorter distances in their nomadic movements; old contacts at great distances weakened.

“These issues of social organisation are difficult to tackle, as they do not tend to leave obvious material evidence behind. It is possible that the large sites that were very visible in obvious areas of the landscape began to lose their function as symbolic locations where different groups would meet, and because of this they chose other, smaller areas, of the kind we might call logistic, more practical,” the scientist concludes.

Alejandro Garcia-Moreno “To see or to be seen… is that the question? An evaluation of palaeolithic sites’ visual presence and their role in social organization”, Journal of Anthropological Archaeology 32 (2013) 647–658.