Spanish researchers have designed a method that uses a predatory bacterium to extract bioplastic materials from the inside of other bacteria, without degrading it. The system, already patented, will make it possible to obtain this type of products at low cost and at industrial scale in bacterial cell factories. 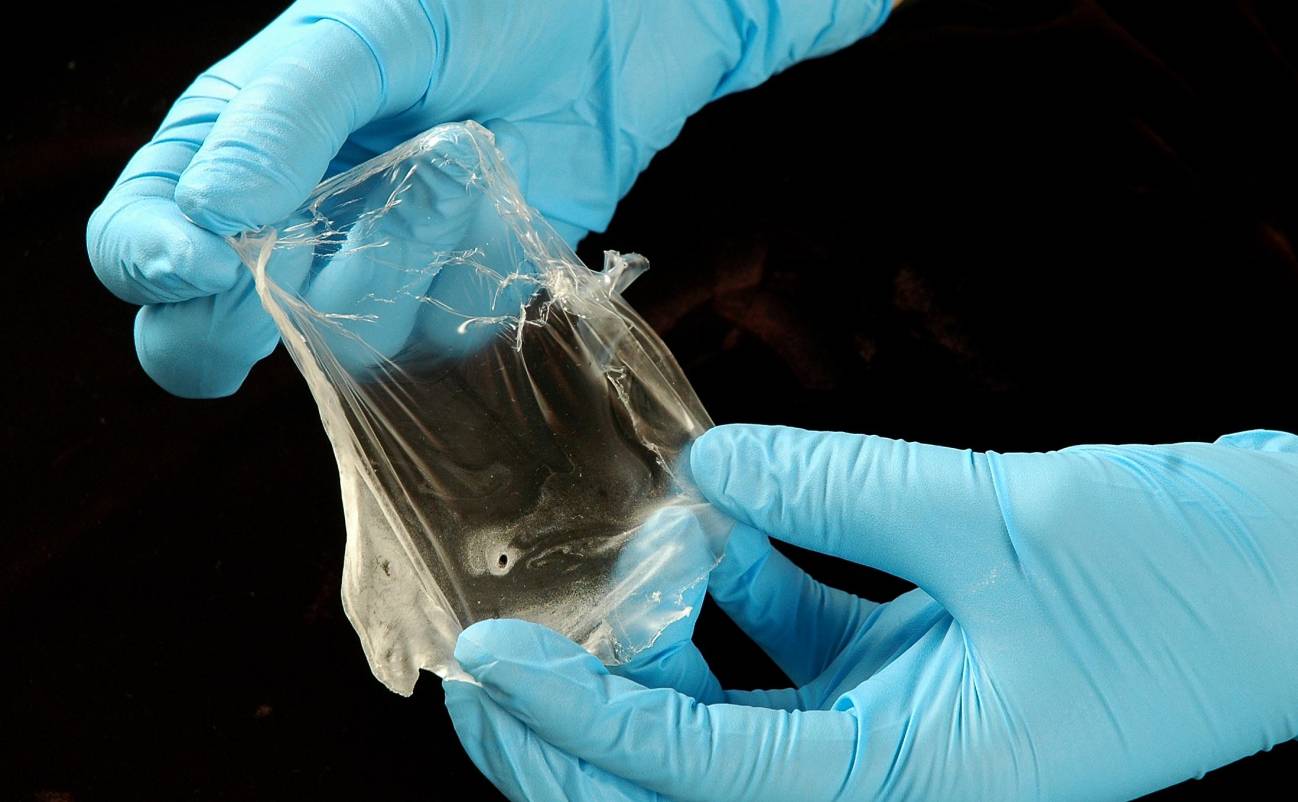 A team of scientists from the Centre for Biological Research (CIB-CSIC) in Madrid, have developed a system for producing PHA bioplastics, which are considered an alternative to plastics derived from petroleum. The system works by “using predatory bacteria to extract the bioproduct from inside other bacteria, which are killed in the predatory process”, explains Virginia Martínez, lead author of the study. The findings of the study were published in Scientific Reports (Nature Group).

Martínez is currently a researcher at the biotech firm Evolva in Copenhagen, having previously worked at the CIB’s Polymer Biotechnology Laboratory, and specialist in developing bacterial cell factories. “The aim is to sustainably obtain the products we’re interested in, such as bioplastics, a very interesting alternative where very large amounts of money are at stake."

The issue, she adds, “is that bacteria can produce and accumulate up to 90% of their own weight as bioplastic. But the polymer is contained inside the cell and it is difficult to extract. Until now, different detergents and cell disruption systems have been developed and applied to lyse the producers and release the product. However, these processes are not environmentally friendly and also quite inefficient, which increases production costs”.

Aiming to reduce costs and improve the downstream process, the team chose a bacterium which preys upon other bacteria, named Bdellovibrio bacteriovorus. Moreover, the predator was genetically redesigned, transforming it into a biological tool that enables the disruption of bioplastic-producing bacteria, facilitating the extraction and further purification of the bioproduct. 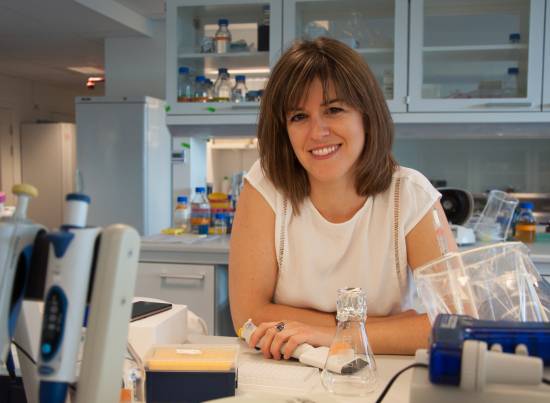 Virginia Martinez at the laboratories of the biotechnology firm Evolva in Copenhagen. / R. Guzman

The innovative extraction method is unique and novel and has already been patented. “What we did was to use the predatory bacterium B. bacteriovorus as a lytic agent to kill other bacteria (in this particular case P. putida KT2440, a natural PHA producer) and recover the intracellular bioproduct. We also engineered the predator so that it doesn’t degrade the bioplastic accumulated by the prey,” the researcher explains.

This lytic system enables the bioplastic to be recovered in a single step “with no need for complex equipment or toxic compounds,” Martínez stresses. 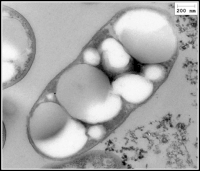 The method could also be used to obtain other added-value compounds, such as enzymes or proteins previously accumulated in other bacteria.

This is due to the ability of B. bacteriovorus to attack a wide variety of bacterial strains, including those most widely used in industry and also at high cell density. In addition, “it is safe for use by humans, as it does not attack mammalian cells,” the researcher points out.

With the system now patented, some companies have already shown interest in it. “We hope it will be used commercially to produce bioplastics or any other intracellular compound. This is an innovative process because it is the first time a predatory bacterium strategy has been used as an alternative method for the recovery of intracellular products of industrial interest” Martínez concludes.