Pressing the accelerator on quantum robotics

Quantum computing will allow for the creation of powerful computers, but also much smarter and more creative robots than conventional ones. This was the conclusion arrived at by researchers from the Complutense University of Madrid (UCM) and Austria, who have confirmed that quantum tools help robots learn and respond much faster to the stimuli around them. 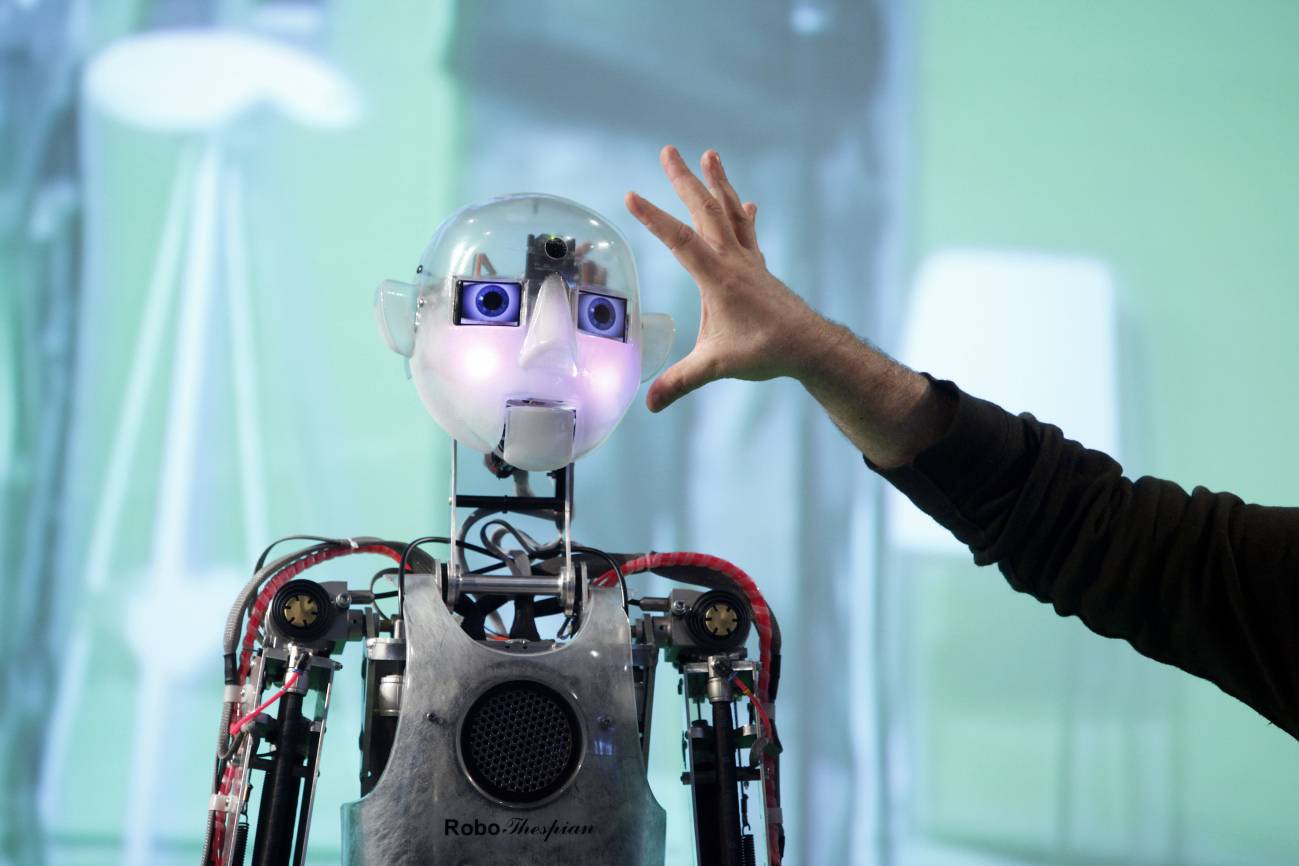 Quantum mechanics has revolutionised the world of communications and computers by introducing algorithms which are much quicker and more secure in transferring information. Now researchers from the Complutense University of Madrid (UCM) and the University of Innsbruck (Austria) have published a study in the journal ‘Physical Review X’ which states that these tools can be used to apply to robots, automatons and the other agents that use artificial intelligence (AI).

They demonstrate for the first time that quantum machines can respond the best and act the fastest against the environment surrounding them. More specifically, they adapt to situations where the conventional ones, which are much slower, cannot finish the learning and response processes.

“In the case of very demanding and ‘impatient’ environments, the outcome is that the quantum robot can adapt itself and survive, while the classic robot is destined to collapse,” explains G. Davide Paparo and Miguel A. Martín-Delgado, the two researchers from UCM who have participated in the study.

Their theoretical work has focused on using quantum computing to accelerate ahead with one of the most difficult points to resolve in information technology: machine learning, which is used to create highly accurate models and predictions. It is applied, for example, to know how the climate or an illness will evolve or in the development of Internet search engines.

“Building a model is actually a creative act, but conventional computers are no good at it,” says Martín-Delgado. “That is where quantum computing comes into play. The advances it brings are not only quantitative in terms of greater speed, but also qualitative: adapting better to environments where the classic agent does not survive. This means that quantum robots are more creative”.

The authors assess the scope of their study as such: “It means a step forward towards the most ambitious objective of artificial intelligence: the creation of a robot that is intelligent and creative, and that is not designed for specific tasks”.

This work comes under a new discipline, the so-called ‘quantum AI’, an area in which the company Google has started to invest millions of dollars via the creation of a specialised laboratory in collaboration with the NASA.