Marine litter is a growing problem in the Mediterranean Sea, but few studies have focused on its composition, spatial distribution and temporal evolution. Now, a new study reveals that, in Spanish waters, plastics are the main component and that density is higher in the Alboran Sea than in the Levantine region or Catalonia, where accumulation has remained stable. 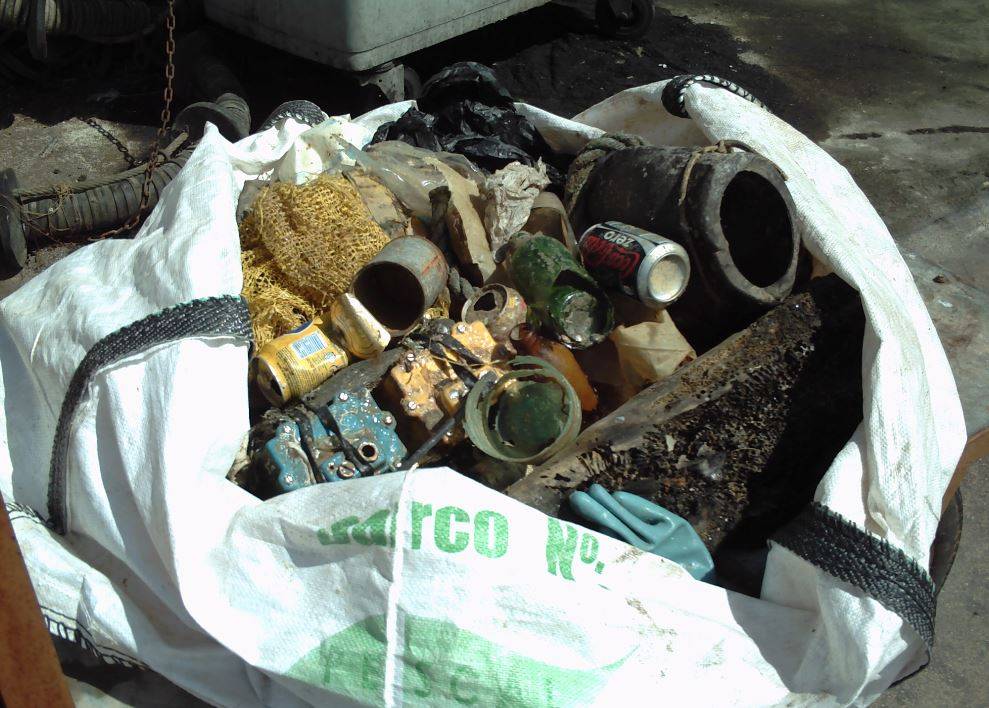 Any human-made solid object that ends up in the sea is considered marine debris. Waste can reach water and the coast in different ways: deliberately abandoned by people, inadvertently lost at sea or transported by rivers, drains, sewage systems or winds.

The main component is plastic, mainly from fishing activity

After an 11-year study, a team of scientists from the University of Alicante and the Spanish Institute of Oceanography (Spanish acronym: IEO) in Murcia has analyzed the composition, distribution and evolution of marine litter in the Spanish Mediterranean within 45,259 km2 including the Alboran Sea, Alboran Island, the Valencia and the Tramontana regions.

Of the 2,197 kilos of remains collected by the MEDITS-Spain oceanographic campaign, the researchers show that the main component is plastic (29.3% of the total weight), mainly from fishing activity; followed by slag which coincides with the routes taken by merchant ships (28.4%), wood (10.2%), metal (9.7%) and glass (6.2%).

“The three areas with the largest presence of plastics are the Alboran Sea, the Gulf of Alicante and the vicinity of Barcelona. Although there is generally a smaller proportion than in other Mediterranean areas, their presence is very frequent,” as Santiago García Rivera, the lead author of the paper published in Marine Pollution Bulletin, has told SINC.

On the other hand, burnt coal and charcoal residues from ships are also abundant at the bottom of the Mediterranean Sea, and their presence coincides with the traditional steamship route. “It is a waste produced by human activity, which accumulates on the seabed. Fortunately, this waste is no longer generated, but obviously its persistence in the marine environment lasts many years,” warns the researcher.

Together with the rest of waste such as glass or metal, this slag is regarded as heavy litter because, when thrown into the sea, it sinks quickly. That is why “it is very likely that it was thrown near the place where it was captured,” say the authors, who add that this distribution suggests that the users of these areas caused the pollution of the seabed.

Marine litter adrift in the Mediterranean

The results also indicate that waste density is generally higher in the Alboran Sea, where plastic densities in some areas exceed 20kg/km2.

Waste density is generally higher in the Alboran Sea

In the Alboran Sea the presence of marine litter is high near the coast up to 50 metres and in open water from 501 to 800 metres. Scientists attribute this to the fact that the continental shelf of the Alboran Sea is narrow and this leads to a high density of all types of users in coastal areas.

“Also noteworthy is the high level of maritime traffic entering and exiting the Strait of Gibraltar in open waters. These reasons could influence the distribution of marine litter in this area,” stresses Garcia Rivera.

However, the study highlights that litter densities in some areas of the Alboran Sea have decreased in the last years of the study - from 2013 to 2017 - but “this is not enough to indicate a significant downward trend,” says the expert.

In the Levante region and Catalonia, the stock of waste has remained generally stable over the last few years, according to the data provided. For scientists this homogeneity is due to the wide continental shelf. “This makes users more dispersed and further away from the coast, so this extends to marine litter,” they conclude.