Spanish researchers have analysed the effectiveness of salt on sports performance in triathletes. The athletes who added this supplement to their usual hydration routines during the competition took 26 minutes less to complete a medium-distance triathlon course than those who only used sports drinks. 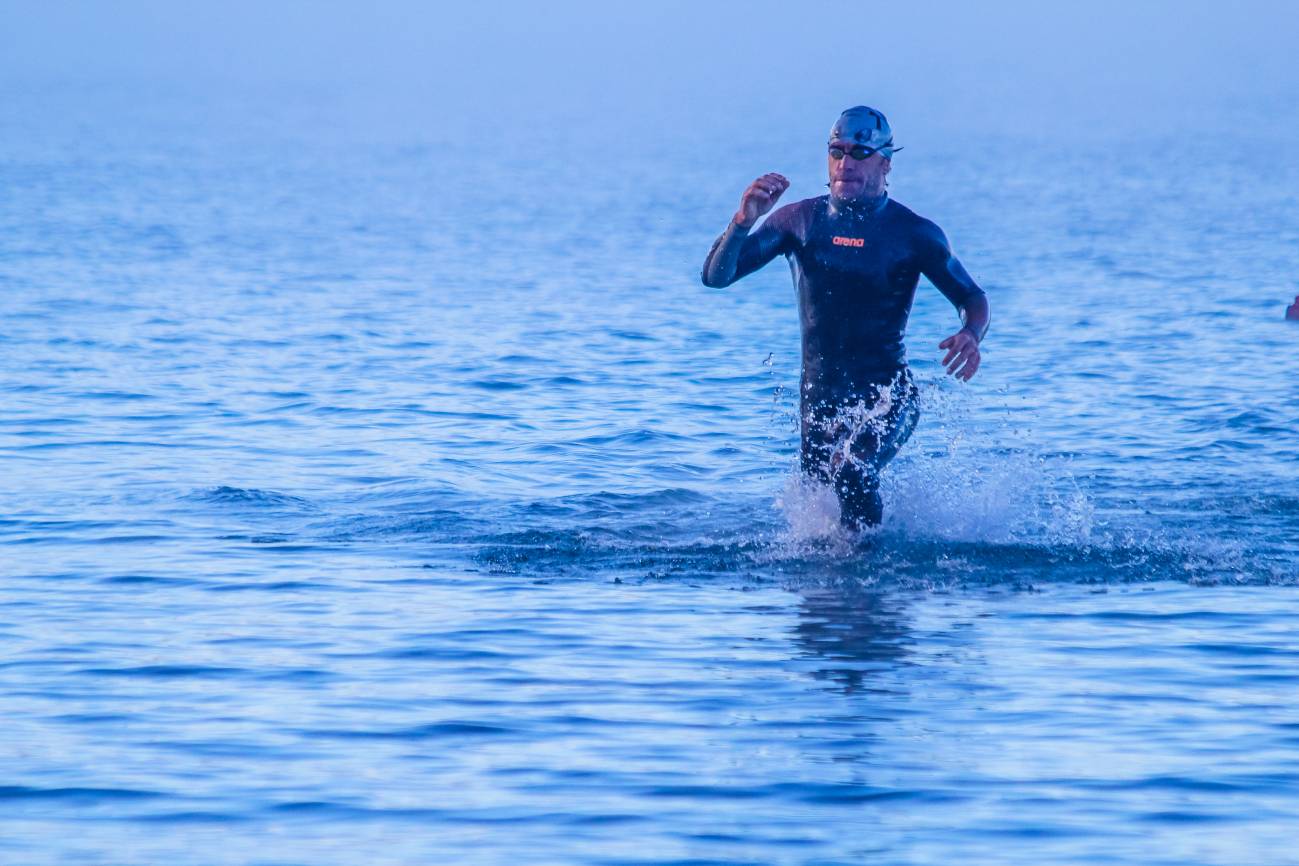 Half Ironman is a medium-distance triathlon race which consists of 1.9 km of swimming, 90 km of cycling and 21.1 km of athletics. / Chad Johnson

Maintaining a suitable balance of water and electrolytes (mainly sodium and chloride) is essential for the functioning of all organs. Human beings compensate for their daily loss with the water and salts provided by their diet’s food and drinks.

“However, doing exercise (especially resistance sports and activities carried out in the heat) can compromise the regulation of water and electrolytes,” explains Juan del Coso Garrigós, researcher at the Camilo José Cela University (UCJC) and lead author of a study on the effect of salt on sports performance, to SINC.

Doing exercise can compromise the regulation of water and electrolytes

Scientists from the Exercise Physiology Laboratory at UCJC have analysed the effectiveness of the salt capsules during a Half Ironman, a medium-distance triathlon race which consists of 1.9 km of swimming, 90 km of cycling and 21.1 km of athletics. Their study has just been published in the ‘Scandinavian Journal of Medicine & Science in Sports’.

During the research, a group of triathletes ingested, as well as the rehydration drinks that they usually drank, 12 salt capsules divided into three doses during the competition, with the aim of replacing 71% of the sodium lost through sweat.

Their results were compared to those of another group of athletes of the same age, experience and with better times previously in a Half Ironman, who during the competition drank sports drinks and capsules filled with a placebo, and therefore, only replaced 20% of the lost sodium.

The triathletes who had ingested the salt ended the competition 26 minutes before the control group on average. Above all their running and cycling speeds improved.

“This positive effect on performance relates to an increase in the concentration of electrolytes in the blood, making them drink more fluids during the race (as salt stimulates thirst) and improves the water and electrolyte balances during the competition,” adds Del Coso.

As the specialist mentions, sports drinks do not replace 100% of the electrolytes lost through sweat. Nevertheless, for the majority of sports activities lasting less than two hours, the electrolytes that they do contain are sufficient to maintain performance and avoid imbalances.

Not just any liquid can be used as a replacement

Sweating is the main mechanism for losing body heat. Sweat glands filter the blood plasma (which contains 142 milliequivalents per litre (mEq/L) of sodium) to obtain a hypotonic fluid, sweat, which evaporates through the skin and dissipates heat.

Sweating is the main mechanism for losing body heat

“If we choose a mineral water as a rehydration drink in sport (which contains 2 mEq/L of sodium), we could generate hypotonicity, given that we would be replacing only the liquid while the concentration of sodium in our blood would gradually become diluted,” states Del Coso.

Sports drinks are designed to replace lost liquids and electrolytes in sport, but even the best on the market only have a sodium concentration of around 20 mEq/L, approximately half of that lost through sweat.

For experts, there is a balance between what is considered physiologically recommendable and that which is economically profitable in the world of sports drinks.

“Despite sports drinks companies knowing that including more sodium in the drinks would be more beneficial to maintain the balance of fluids and electrolytes during exercise, a greater concentration of sodium would also make the drink have a more salty taste and would reduce the possibilities of succeeding in a market where flavour is key to obtaining good sales figures,” says the researcher.

However, in long-distance tests in which large quantities of drinks are ingested to avoid dehydration (marathons, long-distance triathlons, ultra-resistance competitions, etc.) rehydration with these specialised drinks may not be sufficient to maintain the concentration of salt in the body fluids.

“It may be necessary to eat food that contains high amounts of salt, such as fruits or nuts, or even salt capsules to reduce the effect of the loss of electrolytes on physical performance,” he concludes.