The Pyrenees are home to continental Europe’s only wild population of bearded vultures, a species classified as endangered in Spain. A study compiled by Spanish researchers reveals – in a level of detail hitherto unseen – the size of the home range of this bird species using satellite tracking technologies. 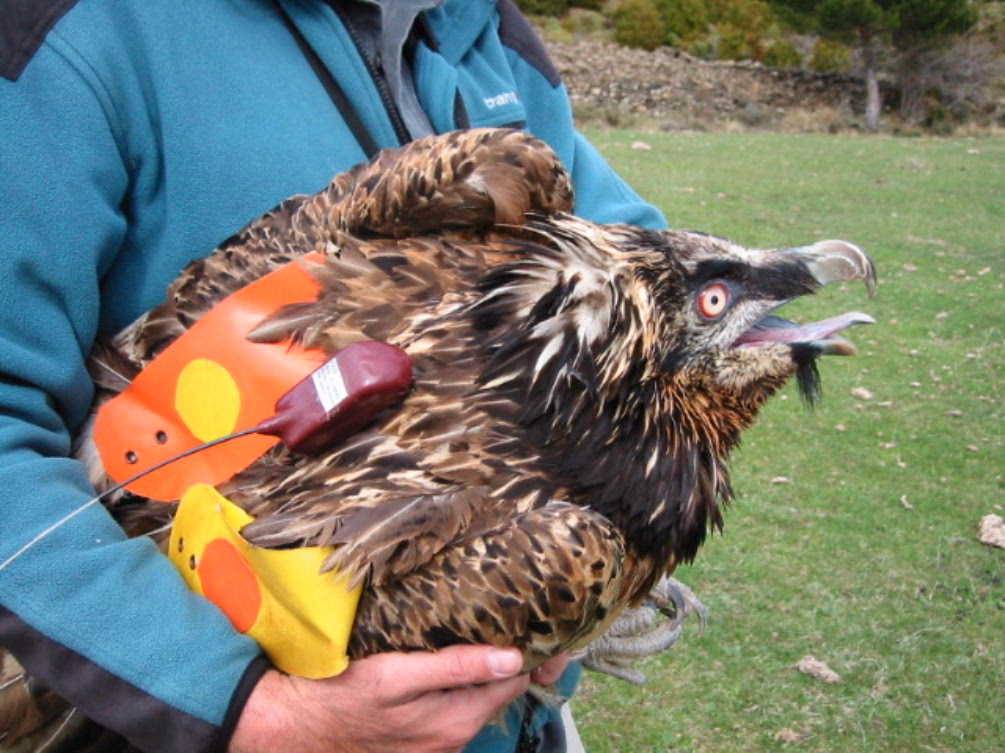 Bearded vultures (Gypaetus barbatus) are one of the necrophagous birds most under threat in this country and are classified as an ‘endangered’ species in Spain as well as by the EU Birds Directive. Populations of these birds declined severely last century.

As Pascual López, co-author of a study published in the journal Ardeola, describing a new technology for tracking these birds, explains to SINC: “Since the late eighties the population has recovered considerably. As an example, in Aragon they have gone from 39 breeding units in 1994 to 86 in 2014.”

A few decades ago, several pieces of research designed to find the size of this species’ home range were carried out using these technologies.

“These methods consisted largely in tagging individuals’ wings, enabling them to be tracked from a distance and individual birds to be recognised. Furthermore, there are radio signal tracking techniques collected in the field by a receiving antenna, which enable the position of the individual to be established by triangulation (radio-tracking),” López adds.

These studies had established that bearded vultures move across vast territories, although until now nobody knew the true area that these movements could cover, nor over which geographical areas the creatures moved.

Birds that do not leave the Pyrenees

In 1990, to answer these questions, the Foundation for the Conservation of Bearded Vultures launched a project tracking these birds using satellite technologies; the project lasted until 2006. “Nine birds of various ages were caught and marked in order to establish the relationship between supplementary feeding points – those traditionally known as ‘rubbish tips’ and specifically established sources of food throughout the Pyrenees – and these birds’ movements,” the researcher continues.

Thanks to this work the size of the species’ home ranges in this country could be studied to an unprecedented degree of precision. The results show that (non-breeding) bearded vultures tracked by satellite telemetry did not leave the Pyrenees mountain range over the entire tracking period.

The home range of these birds spans an average 11,700 km2, with notable differences between individuals (from barely 1,800 km2 up to almost 23,000 km2 for the longest travellers).

“These areas were lower than described previously in other studies published on the species in South Africa, but slightly higher than those describes in the Pyrenees and the Alps using conventional techniques, which did not enable the area over which they move to be determined quite as accurately,” López claims. 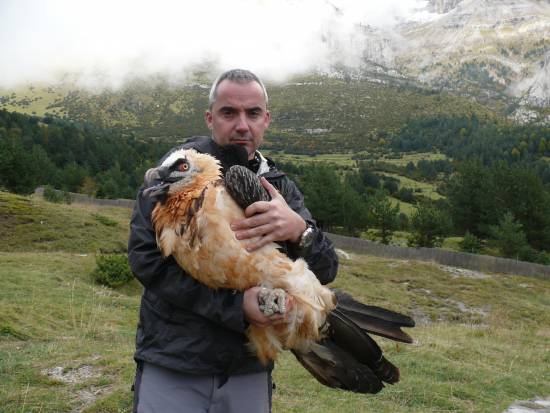 The importance of feeding areas

One of the most interesting results of the study is that all the individual birds tracked included supplementary feeding points – specific feeding areas as well as rubbish tips – in their areas of activity.

According to the expert, this finding “is especially pertinent from the point of view of conservation, as it proves once again that overlap between home ranges and predictable food sources – such as feeding areas – are crucial in order to increase survival and thus diminish the risk of the species becoming extinct in this country. It is particularly important for young, inexperienced birds and individuals belonging to the non-breeding population of the species.”

Finally, this study proves that satellite telemetry is the best method available to the scientific community for better understanding the spatial ecology and behaviour of necrophagous birds, mainly vultures.

“It is a key type of work for the conservation of this group of species, which was threatened in this country due to a lack of food caused by policies proposed by the European Union to close feeding areas following the appearance of bovine spongiform encephalopathy (also known as ‘mad cow disease’) in 2000,” López concludes.