Scientists find a place on Earth where there is no life

Living beings, especially microorganisms, have a surprising ability to adapt to the most extreme environments on our planet, but there are still places where they cannot live. European researchers have confirmed the absence of microbial life in hot, saline, hyperacid ponds in the Dallol geothermal field in Ethiopia. 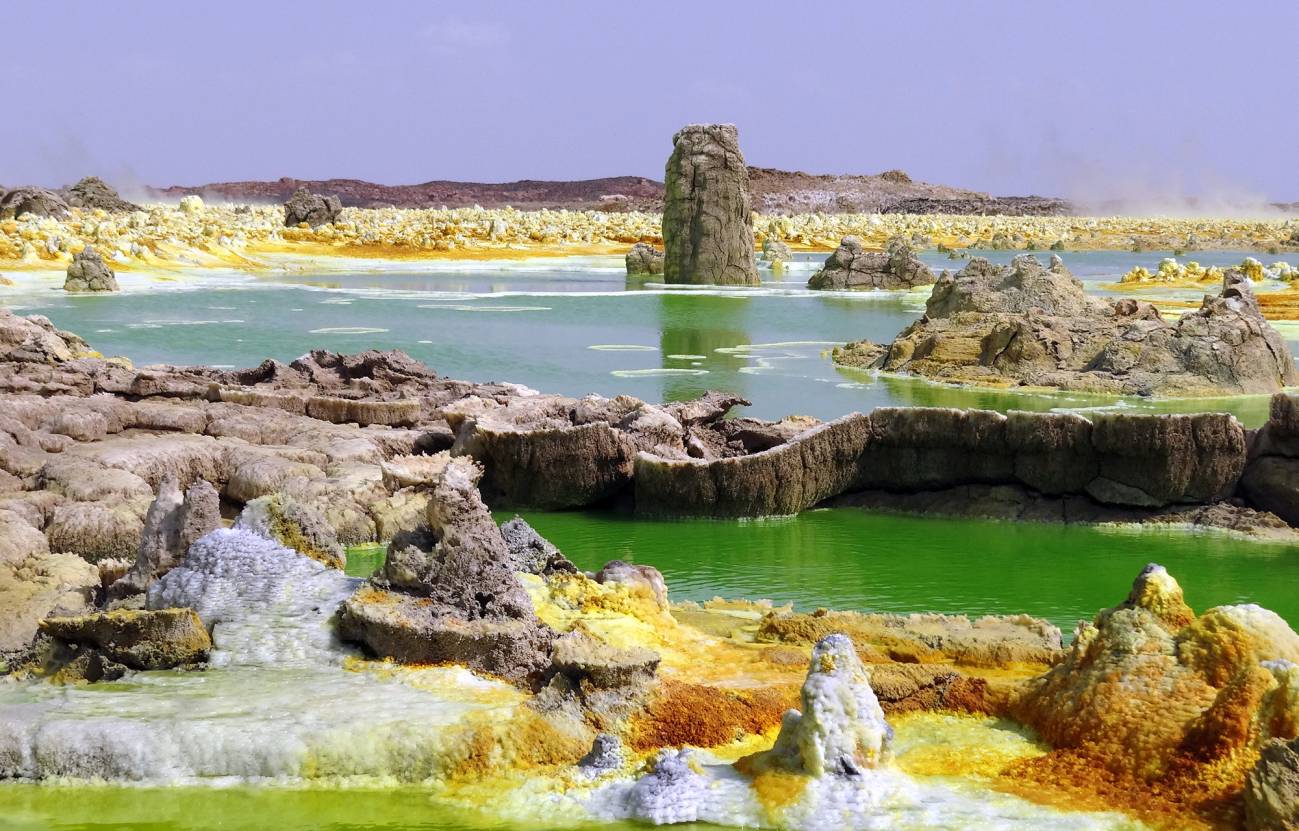 Hyperacid, hypersaline and hot ponds in the geothermal field of Dallol (Ethiopia). Despite the presence of liquid water, this multi-extreme system does not allow the development of life, according to a new study. The yellow-greenish colour is due to the presence of reduced iron / Puri López-García

The infernal landscape of Dallol, located in the Ethiopian depression of Danakil, extends over a volcanic crater full of salt, where toxic gases emanate and water boils in the midst of intense hydrothermal activity. It is one of the most torrid environments on Earth. There, daily temperatures in winter can exceed 45° C and there are abundant hypersaline and hyperacid pools, with pH values that are even negative.

There’s no microbial life in the hypersaline, hot and hyperacid pools of the geothermal field of Dallol

A recent study, published this year, pointed out that certain microorganisms can develop in this multi-extreme environment (simultaneously very hot, saline and acid), which has led its authors to present this place as an example of the limits that life can support, and even to propose it as a terrestrial analogue of early Mars.

However, now a French-Spanish team of scientists led by biologist Purificación Lopez Garcia of the French National Centre for Scientific Research (CNRS) has published an article in Nature Ecology & Evolution that concludes otherwise. According to these researchers, there is no life in Dallol's multi-extreme ponds.

“After analysing many more samples than in previous works, with adequate controls so as not to contaminate them and a well-calibrated methodology, we have verified that there’s no microbial life in these salty, hot and hyperacid pools or in the adjacent magnesium-rich brine lakes,” stresses López García. 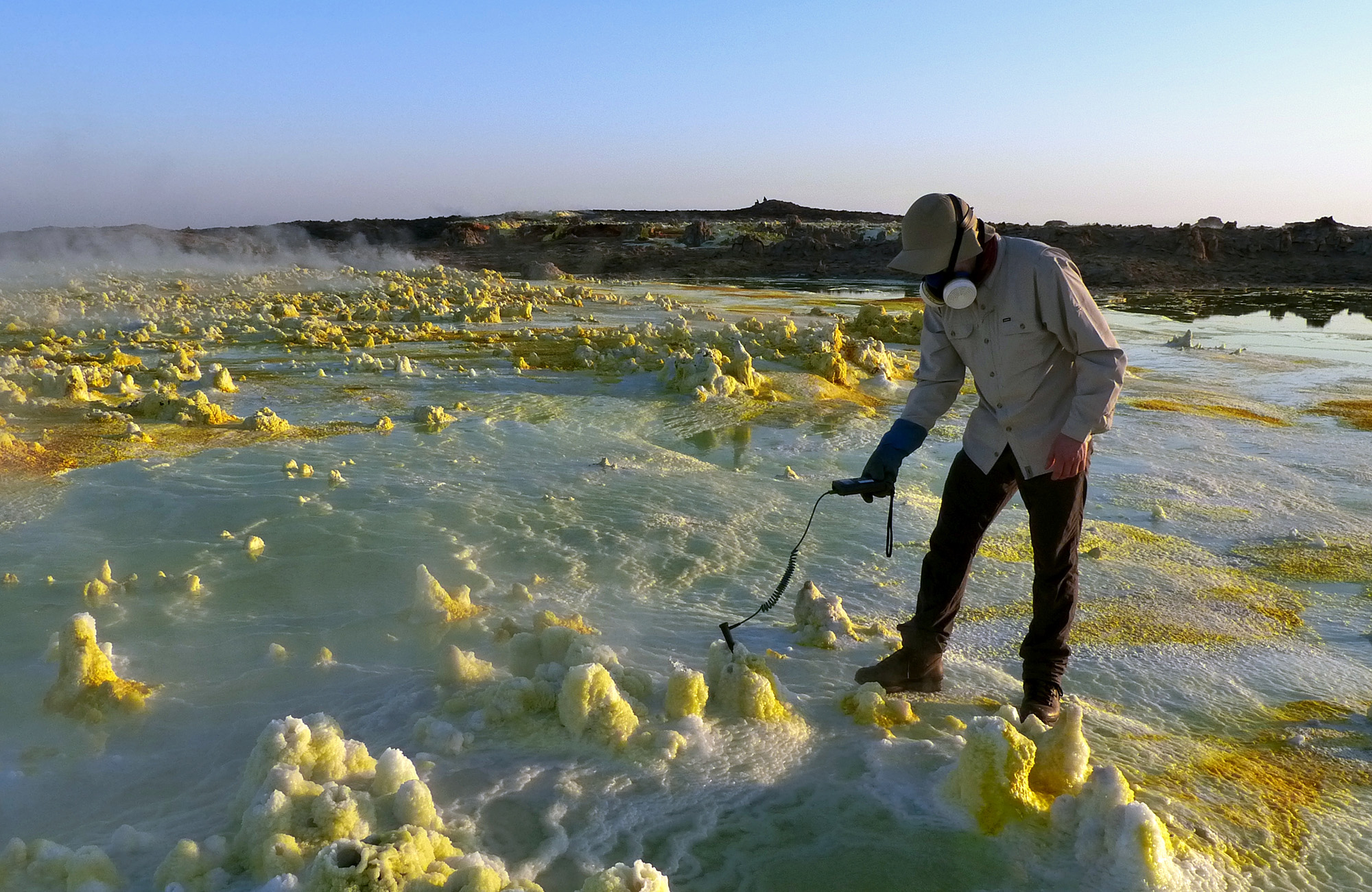 “What does exist is a great diversity of halophilic archaea (a type of primitive salt-loving microorganisms) in the desert and the saline canyons around the hydrothermal site,” the biologist explains, “but neither in the hyperacid and hypersaline pools themselves, nor in the so-called Black and Yellow lakes of Dallol, where magnesium abounds. And all this despite the fact that microbial dispersion in this area, due to the wind and to human visitors, is intense.”

This is confirmed by the results of all the various methods used by the team, including the massive sequencing of genetic markers to detect and classify microorganisms, microbial culture attempts, fluorescent flow cytometry to identify individual cells, chemical analysis of brines and scanning electron microscopy combined with X-ray spectroscopy.

López García alerts that some silica-rich Dallol mineral precipitates may look like microbial cells under a microscope, so what is seen must be analysed well: “In other studies, apart from the possible contamination of samples with archaea from adjacent lands, these mineral particles may have been interpreted as fossilized cells, when in reality they form spontaneously in the brines even though there is no life.”

Microbial cells (on the left) can be easily confounded with silica-rich mineral precipitates (on the right). / Puri López-García

According to the authors, this work “helps to circumscribe the limits of habitability and demands caution when interpreting morphological bio-signatures on Earth and beyond,” that is, one should not rely on the apparently cellular or ‘biological’ aspect of a structure, because it could have an abiotic origin.

“In addition, our study presents evidence that there are places on the Earth's surface, such as the Dallol pools, which are sterile even though they contain liquid water,” stresses Lopez Garcia. This means that the presence of liquid water on a planet, which is often used as a habitability criterion, does not directly imply that it has life.

In this case, the researchers have found two physical-chemical barriers that prevent the presence of living organisms in ponds: the abundance of chaotropic magnesium salts (an agent that breaks hydrogen bridges and denatures biomolecules) and the simultaneous confluence of hypersaline, hyperacid and high-temperature conditions.

“We would not expect to find life forms in similar environments on other planets, at least not based on a biochemistry similar to terrestrial biochemistry,” points out Lopez Garcia, who insists on the need to have multiple indications, to analyse all types of alternatives and to be very prudent with interpretations before reaching any conclusions in astrobiology.

Both the French-Spanish group, in which researchers from the Geological and Mining Institute of Spain and the Autonomous University of Madrid participate, and other international teams continue to investigate the extreme environment of Dallol, where completely sterile pools could alternate with others with slightly better biophysical conditions that allow the presence of archaea and other extremophilic microorganisms. In any case, this is an exceptional environment to continue studying the limits of life. 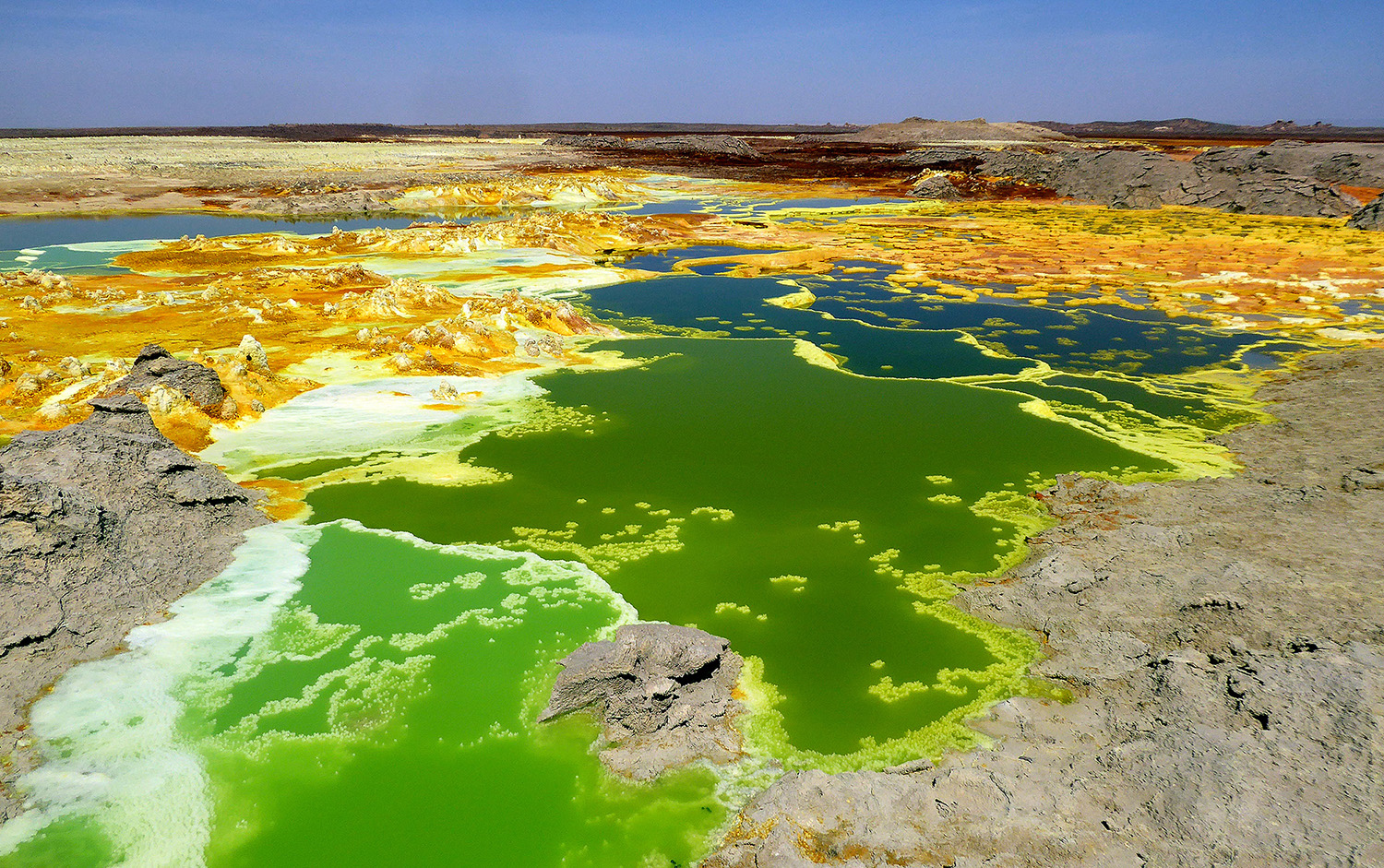 Behind the paper by Puri Lopez-Garcia: "Archaea, biomorphs and life limits at the geothermal field of Dallol". Nature Research Ecology & Evolution Community, 2019