Searching for the CRISPR Swiss-army knife

Scientists at the University of Copenhagen, led by the Spanish Professor Guillermo Montoya, are investigating the molecular features of different molecular scissors of the CRISPR-Cas system to shed light on the so-called ‘Swiss-army knives’ of genome editing. Montoya’s research group has visualized the atomic structures of the Cpf1 and Cas9 proteins to analyse each of their properties and peculiarities that make them ideal for different applications in gene modification. 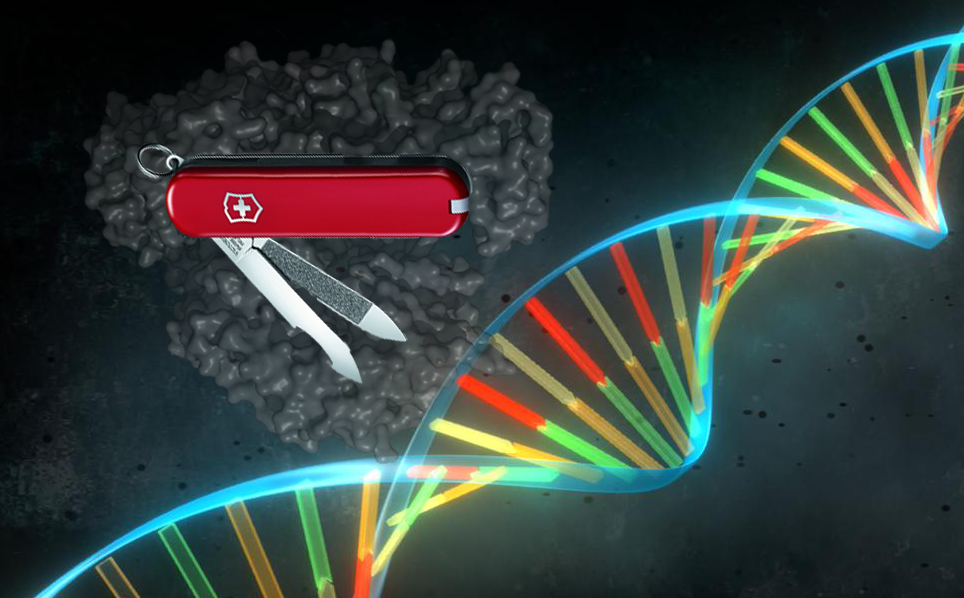 Representation of CRISPR protein Cpf1. The class 2 CRISPR Cas complexes, including Cas9 and Cpf1, have great versatility, since a single protein guided by a guide RNA is able to recognize and cut a specific sequence of the genome. / Pablo Alcón / University of Copenhagen

In search of a multi-functional gene-editing technology, scientists around the world are exploring how to make these tools more efficient and reliable. To do so, they have placed the spotlight on proteins that can specifically cut DNA.

Professor Montoya’s team from the Novo Nordisk Foundation Center for Protein Research at the University of Copenhaguen is actively working in this field. Recently, this team obtained the molecular structure of the CRISPR-Cpf1 complex after target cleavage. This protein from the Cas family has the ability to specifically unwind and cleave the DNA to initiate the modification process.

This property “will allow us to edit the instructions contained in the genome in a safer way, since Cpf1 recognizes the specific DNA sequence with higher precision”, explains Montoya to SINC.

Now, in an article published in Nature Structural & Molecular Biology, the researchers from the Danish institution have analysed and compared the inner workings of these molecular scissors with CRISPR-Cas9, the game-changing technology that has triggered a revolution by providing a cheap and easy DNA editing technology, discovered by Jennifer Doudna y Emmanuelle Charpentier in 2012.

The use of CRISPR-Cas9 for genetic modification of plants and animals is already underway. In addition, this technology is being implemented as well in human therapy of different diseases such as cancer and its number of applications keeps growing. 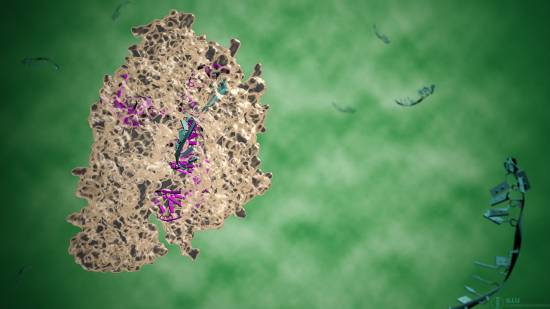 Illustration of the CRISPR-Cpf1 complex. Guided by an RNA molecule, the Cpf1 protein can be programmed to recognize and cut a specific sequence in the genome. / llusciences

By using a biophysical technique called X-ray crystallography, Montoya and colleagues have unveiled the high-resolution structure of Cpf1 and Cas9 to better understand their working mechanism, including the target DNA recognition and cleavage.

When cutting, Cas9 generates blunt ends and is suitable for inactivating a gene; Cpf1 produces complementary ends and works better to insert a segment of DNA

For the molecular biologist, the main conclusion of the study is that “according to their molecular peculiarities, depending on the outcome we want to obtain after editing process (that is, inactivate or insert a DNA fragment in a region of the genome), some of these molecular tools might be more appropriate that others”.

In his opinion, “to reveal the detailed apparatus of these intricate molecular scalpels is essential not only to comprehend their mechanism of action, but also to rationally design safer and more effective genome editing tools that can be used for clinical or biotechnological applications as well as for synthetic biology“ concludes.