Public Health
Spain falls within the average range with 3.7% of deaths due to this ‘chair effect’

The next time you wrap up your work day and realise you’ve been sitting in front of the computer for almost eight straight hours, maybe you won’t feel so proud of yourself. A new study, conducted in 54 countries around the world, declares that 3.8% of all deaths are due to the fact that society spends more than three hours a day sitting down. 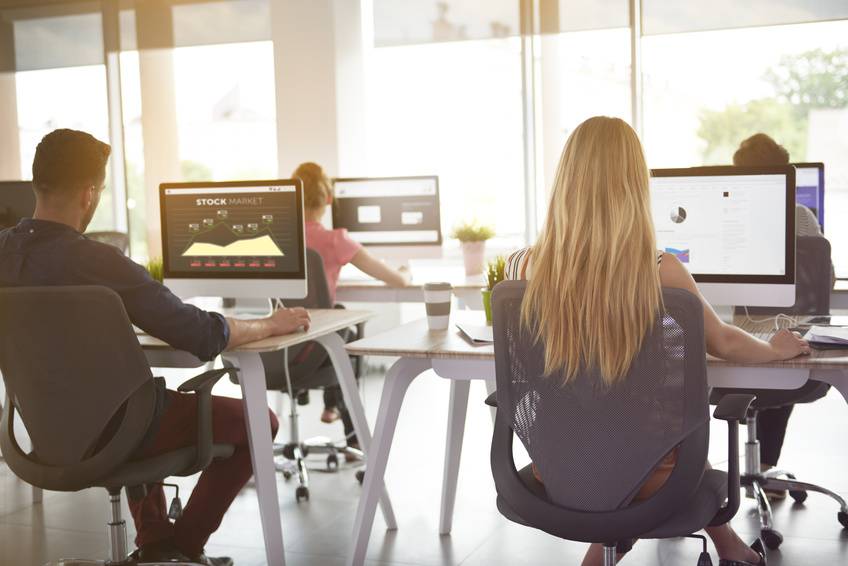 Reducing the amount of time we sit by about two hours would mean a 2.3% decrease in mortality. / Fotolia

Each year people go into September with a number of resolutions. Exercising and not spending so much time on the couch tend to be some of these good intentions. 31% of the worldwide population does not meet the current recommendations for physical activity according to several studies published in 2012 by the journal ‘Lancet’.

In addition, a lack of exercise is associated with major noncommunicable diseases and with deaths of any cause –inactivity is the culprit behind 6% to 9% of total worldwide deaths–.

Today’s lifestyle has an impact on these numbers. In fact, various studies over the last decade have demonstrated how the excessive amount of time we spend sitting down may increase the risk of death, regardless of whether or not we exercise.

Various studies over the last decade have demonstrated how the excessive amount of time we spend sitting down may increase the risk of death, regardless of whether or not we exercise

A new study, published in the ‘American Journal of Preventive Medicine’ and in which San Jorge University in Zaragoza (Spain) participated, now estimates the proportion of deaths attributable to that 'chair effect' in the population of 54 countries, using data from 2002 to 2011.

“It is important to minimise sedentary behaviour in order to prevent premature deaths around the world,” Leandro Rezende, lead author of the study and a researcher at the University of Sao Paulo (Brazil), tells SINC. He also highlights that “cutting down on the amount of time we sit could increase life expectancy by 0.20 years in the countries analysed.”

The results reveal that over 60% of people worldwide spend more than three hours a day sitting down –the average in adults is 4.7 hours/day–, and this is the culprit behind 3.8% of deaths (approximately 433,000 deaths/year).

Among the territories studied, there were more deaths in the regions of the Western Pacific, followed by European countries, the Eastern Mediterranean, America and Southeast Asia. 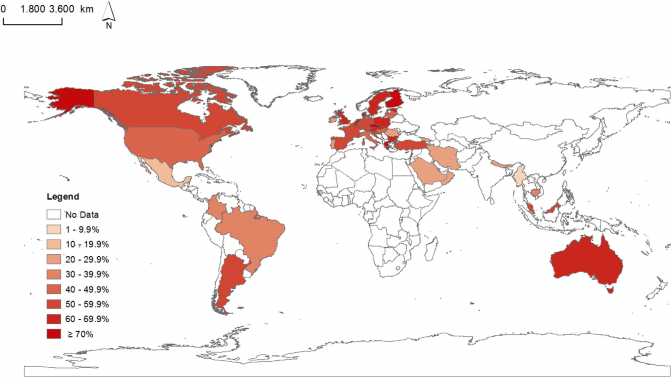 The authors calculate that reducing the amount of time we sit by about two hours (i.e., 50%) would mean a 2.3% decrease in mortality (three times less), although it is not possible to confirm whether this is a causal relationship.

Even a more modest reduction in sitting time, by 10% or half an hour per day, could have an immediate impact on all causes of mortality (0.6%) in the countries evaluated.

In the words of the experts, measures aimed at addressing the determining factors behind this sedentary conduct would be necessary. “Some examples of this approach were recently highlighted by the World Health Organization,” adds Rezende.

“For example, a strategic health communication campaign was developed to promote physical activity among women in Tonga (Oceania), while a bicycle-sharing system was developed in Iran in addition to a sustainable transport system in Germany,” he concludes.