Sofrito contains substances that reduce the risk of cardiovascular disease

The combination of tomato, olive oil, garlic and onion in a sofrito increases the amount of polyphenols and carotenoids. These bioactive compounds respectively help to prevent cardiovascular diseases and cancer. This is contained in a study carried out by the University of Barcelona and the CIBERobn network, Spain, which confirms sofrito as an essential part of the Mediterranean diet. 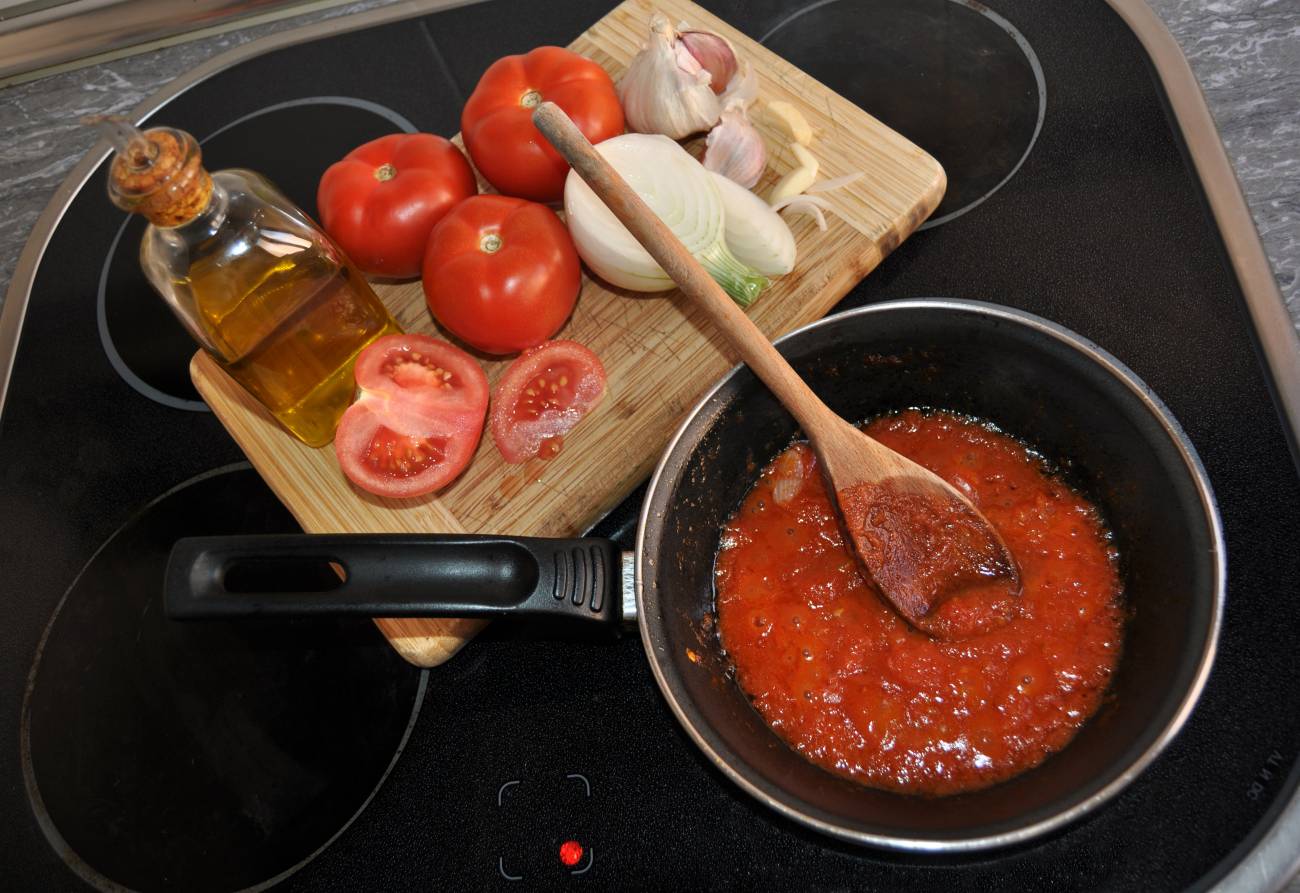 The study, PREvention with a MEDiterranean Diet (PREDIMED) has recently shown the link between the Mediterranean diet and low levels of cardiovascular disease. The questionnaire used as a reference asked consumers how often they ate vegetables, pasta, rice and other dishes made with sofrito, but the beneficial compounds of this product had never been analysed.

Now researchers from the University of Barcelona (UB) and the Biomedical Research Centres Network – Physiopathology of Obesity and Nutrition (CIBERobn) of the Carlos III Health Institute, have for the first time identified polyphenols and carotenoids, healthy antioxidant substances, in sofrito, by using a high resolution mass spectrometry technique.

The results have been published in the ‘Food Chemistry’ magazine and they show the presence of at least 40 types of polyphenols. “These compounds produced by plants and which we eat are related to reduced cardiovascular diseases", Rosa María Lamuela, researcher at the UB and the person responsible for the project, told SINC.

Other bioactive compounds found in the sofrito are carotenoids and vitamin C. Various studies have shown that the intake of carotenoids such as lycopene prevents prostate cancer and the consumption of foods rich in beta-carotene help to reduce the incidence of lung cancer.

“Eating a daily amount of 120 grams of sofrito, added to pasta for example, the total intake of polyphenols is 16 to 24 milligrams per portion and 6 to 10 milligrams in the case of carotenoids”, explains Lamuela.

The team analysed ten types of commercial sofritos, “although the results do apply to homemade sofrito, given that they generally include the same ingredients, without taking into account thickeners: tomatoes, onions, garlic and oil”. The combination of these foods equals the bio-health compounds of each one separately.

With regard to oil, scientists recommend using virgin olive oil instead of sunflower oil. In fact, they are now looking for the ideal proportion of the four ingredients and it would seem that the inclusion of 10% extra virgin olive oil gives very good results in the sofrito properties.

Researchers have also performed a statistical analysis with the levels of phenolic and carotenoid compounds present in each sofrito, which has enabled them to identify markers that differentiate the components of each brand.