Two years ago, researchers from Iowa State University (USA) published a study which concluded that spider silk conducts heat as well as metals. Now, a team from the University of the Basque Country (Spain) has repeated the experiment and the results throw this discovery into question. This has reaffirmed the need to validate scientific findings before proclaiming their validity in the press. 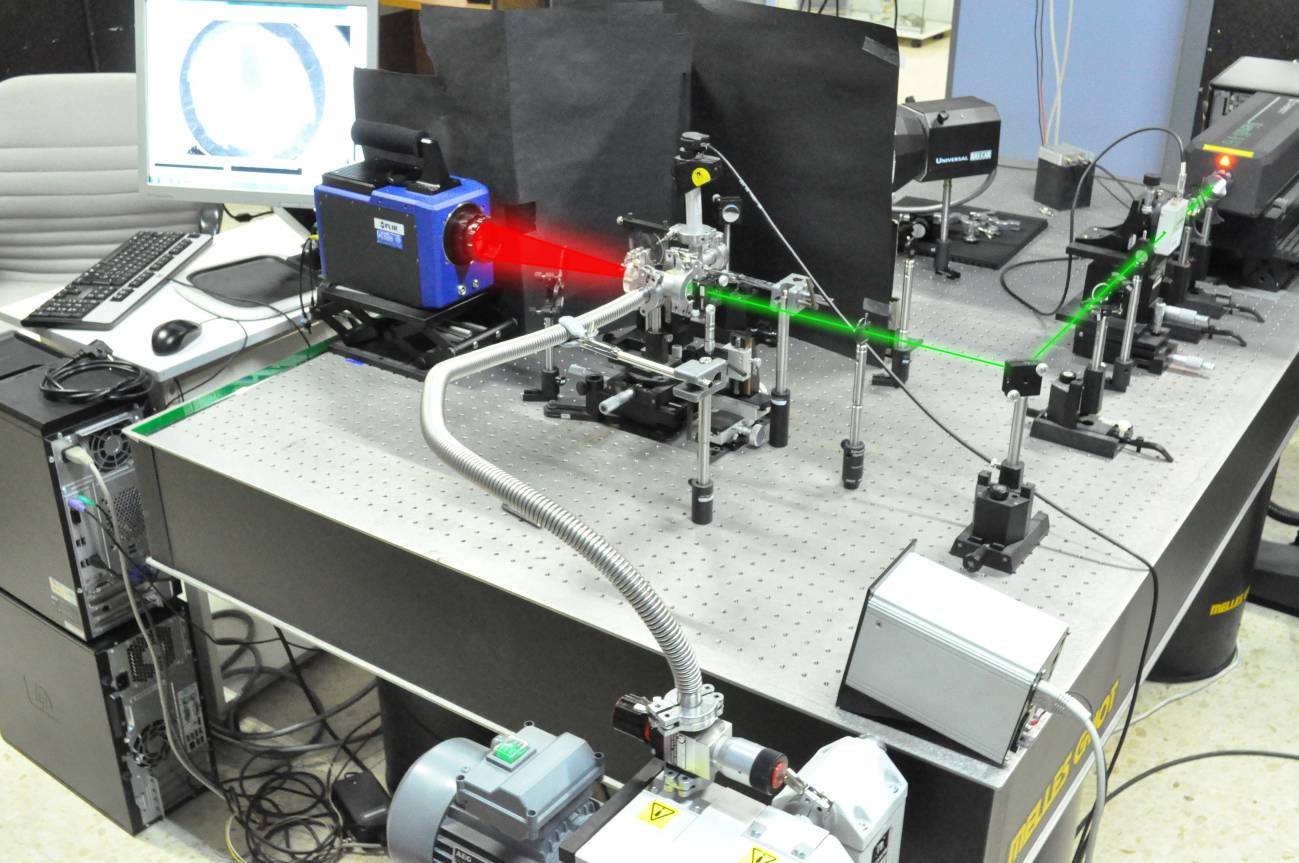 The resistance and elasticity of spiders’ webs is widely known, but scientists from Iowa State University (USA) announced in 2012 that they are also excellent thermal conductors. In the silk of an American spider (the Nephila clavipes), they measured thermal diffusivity as high as that of the best metals: 70 mm2/s.

"Our discoveries will revolutionise the conventional thought on the low thermal conductivity of biological materials," the main author of the paper, Xinwei Wang, said at the time.

But this surprising result led a team of physicists at the University of the Basque Country (UPV/EHU) to repeat the experiment in their laboratory at the Higher Technical School of Engineering in Bilbao, which has equipment capable of analysing how heat is transferred in very thin filaments of only a few micrometres.

“We took web strings from the garden spider (Araneus diadematus), one of the most common in Europe, and analysed how temperature declined with distance to the point where a laser beam hits,” explains Agustín Salazar, lecturer at the UPV/EHU and main author of the study.

“The value we obtained for the thermal diffusivity of the arachnid was 0.2 mm2/s, some 300 times smaller than the figure published by the American researchers,” highlights Salazar, whose team has published the new results in the journal ‘Materials Letters’.

The researcher describes how spider silk is formed from chains of amino acids – largely glycine and alanine – which, just like any biological material, are poor conductors of heat. He also disregards the possibility that the discrepancy in the results is due to their having worked with two different species of spider: “It is unlikely that this could be the cause of such enormous differences in thermal diffusivity.”

“In fact,” he adds, “I would not be surprised if this silk was a thermal insulator rather than a good conductor, because over millions of years evolution has favoured the physical properties of materials that represent some benefit for the spider and its web, such as resistance, elasticity and thermal insulation.”

For their analysis, the Spanish scientists employed “a neat, simple method based on infrared thermography” and they believe that the method used by their counterparts in America – whom SINC attempted to contact to no avail – “was not very reliable.”

According to Salazar, “the American team used extremely complex processing to eliminate heat losses from their experimental data, as well as the influence of coatings and the effect of filament length: they worked with 1 mm-long strings while ours were a centimetre long or more.”

But beyond the actual results of the study, the researcher stresses the implications of these kinds of studies in reminding us of how important it is in science to reproduce experiments: “It is an aspect often forgotten by mainstream press, who announce attention-grabbing discoveries with striking headlines as if they were incontrovertible truths, before they can be corroborated by other researchers.”