Study on mice demonstrates the action of strawberries against breast cancer

A study by European and Latin American researchers has shown that strawberry extract can inhibit the spread of laboratory-grown breast cancer cells, even when they are inoculated in female mice to induce tumours. However, the scientists do point out that these results from animal testing can not be extrapolated to humans. 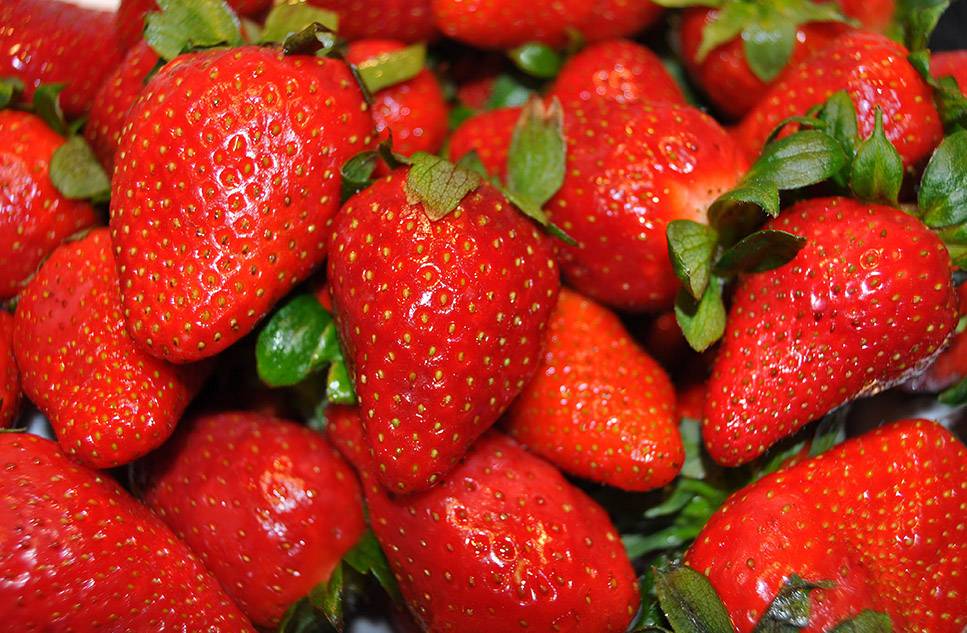 A study on mice has yielded promising results about the potential benefits of strawberries in preventing or treating breast cancer. / SINC

Past investigations have shown that the ingestion of 500 g of strawberries (between 10 and 15 strawberries) per day offers antioxidant and anti-inflammatory benefits and reduces blood cholesterol levels. Now, a new study published in the open-access journal ‘Scientific Reports’ presents promising results on the potential positive effects of the fruit to prevent or treat breast cancer.

“We have shown for the first time that strawberry extract, rich in phenolic compounds, inhibits the proliferation of breast cancer cells in in vitro and in vivo models,” SINC was told by Maurizio Battino, co-author of the paper and a principal investigator at the Marche Polytechnic University (Italy) and the European University of the Atlantic in Santander (Spain).

The in vitro model used cells from the highly aggressive, invasive A17 tumour cell line; these were treated with different concentrations (between 0.5 and 5 mg/ml) of extract of the Alba variety of strawberry, for periods of 24, 48 and 72 hours. The results demonstrated that this decreased cell viability (dependent on dosage and time), blocked the cycle leading to cell division and inhibited migration.

It was also shown that strawberry extract reduced the expression of several genes involved in the processes of invasion and metastasis, such as Csf1, Mcam, Nr4a3 and Set. The extract simultaneously stimulated expression of the gene Htatip2, which is thought to suppress metastasis to the lymphatic ganglion in breast cancer patients.

The in vivo model used female laboratory mice, which at one month of age were divided into two groups: one was given a standard diet, while the other group was given an enriched diet, 15% of which was strawberry extract. Another month later, all the mice were injected with A17 breast cancer cells.

The data collected in the study also signalled that supplementing diet with strawberry extract had served to stop the propagation of cancer cells to adjacent healthy tissue. “We also saw a significant reduction in the weight and volume of the tumour,” Battino stresses. 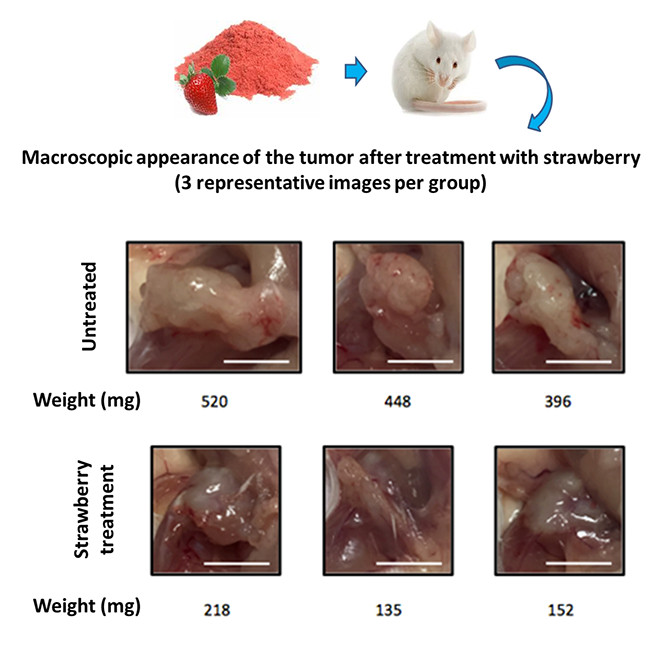 Despite the positive results of the study, in which researchers from the University of the Americas (Ecuador) and the International Iberoamerican University (Mexico) also participated, the researcher emphasises that the information from this and other studies using animal models can not be extrapolated to humans.

“The majority of diseases, including cancer, are complex,” he explains, “and involve complex interactions between cellular and molecular systems that determine the development of the disease. These results are without a doubt valid for understanding potential effects of strawberries on breast cancer and the molecular mechanisms involved, but they must be complemented with clinical and epidemiological studies to verify whether humans experience the same positive effects as we have observed in mice.”

The authors also point out that the concentration of phenolic compounds (thought to be responsible for the beneficial health effects) can vary greatly between varieties of strawberry, although they do not hesitate to reiterate the protection against cancer of a healthy lifestyle characterised, among other things, by a balanced diet with plenty of fruit and vegetables, including strawberries.