Tarantulas use their lateral eyes to calculate distance

A necessary part of any animal’s sense of direction is a positioning system, allowing it to have an idea of the relation between where it is and where it wants to go; this is known as odometry. A study from the Autonomous University of Madrid shows that tarantulas use their posterior lateral eyes and anterior lateral eyes (they have a total of four pairs of eyes) to establish the distance they have travelled. 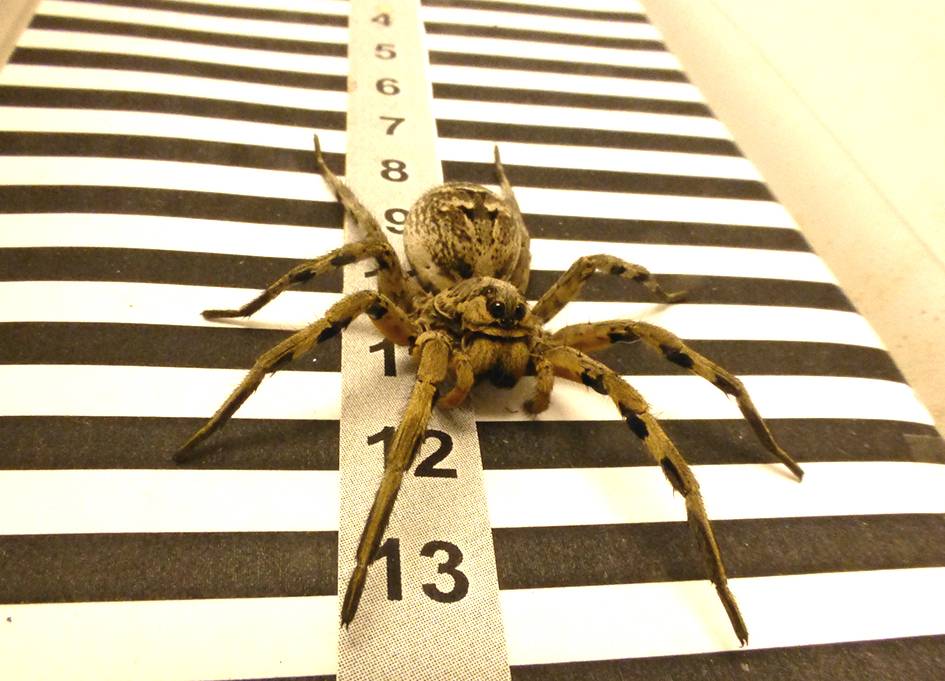 With the side eyes covered and the other six active tarantulas have difficulty in determining the distance. / Joaquin Ortega Escobar

The tarantula species Lycosa tarantula ambushes its prey and lives in burrows around 20 cm deep topped by a structure, a kind of turret which the tarantula build from twigs, leaves and small stones, fastened with the spider’s silk. From the turret, the tarantula surprises its prey and runs to pursue it, subsequently returning to the burrow from distances between 30 and 40 cm.

L. tarantula uses path integration to return to its burrow. With this mechanism, it does not follow the same path back to its burrow; instead, it moves as though it had followed the sides of a right-angle triangle, returning along the hypotenuse.

In 1999, a research team from the Autonomous University of Madrid discovered that these animals used polarised light from the sky to know their position with respect to their nest. In the new research, the scientists wanted to go beyond this, and have analysed the role of each pair of the tarantula’s eyes (they have four pairs in total) in the process of distance measurement, or odometry.

“To calculate the distance it has travelled, the animal needs an odometer that registers the route, its location with respect to the finish point, which would be the burrow, and a ‘compass’ to track the direction of travel,” SINC was told by Joaquin Ortega Escobar, lead author of a paper published in the ‘Journal of Experimental Biology’ on the function of each eye in these processes.

“These eyes look at the substrate. Seeing as they point downwards, it seems logical to think they would have a role in measuring the distance travelled. In the experiment, we covered these eyes with a water-soluble paint and observed that instead of travelling 30 cm from the nest, which is the distance we initially set, they stopped 8.5 centimetres before they reached their objective,” explains the researcher. 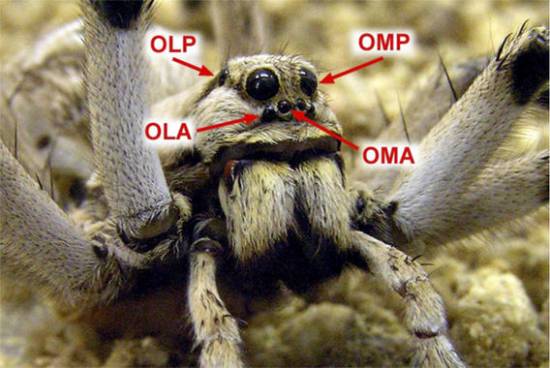 This explains that with those eyes covered and the other six active, they have problems determining distance. “When we uncovered them, they could return to their nests perfectly. They need the lateral anterior eyes to measure the distance,” he adds.

In previous work with the lateral eyes of other animals, such as desert ants (Cataglyphis fortis), the researchers observed that animals moving across a grid of black and white bands, like those used in the tarantula study, with the ventral region of their compound eyes (the part that perceives the grid) covered did not present a significant difference in the return trip to the nest compared to when the eyes were uncovered.

“The situations of these two animals are analogous. In the case of the spider, it is the anterior lateral eye that perceives the ventral field of view, while in the ant it is the ventral region of the compound eye. Spiders have simple eyes like our own, rather than compound eyes,” Ortega Escobar explains.

Through this research, the scientists also observed that the tarantulas do not move their front two legs when their eyes are covered. “This movement had been observed in another species, C. salei, under complete darkness. The movement was due to the absence of light, not because its eyes were covered, which would not necessarily be the same. We do not know why it does this when the posterior median eyes or anterior lateral eyes are covered and not the posterior lateral eyes,” concludes Ortega Escobar.