The Super-Kamiokande detector awaits neutrinos from a supernova

Only three or four supernovas happen in our galaxy every century. These are super-energetic events that release neutrinos at the speed of light. At the Super-Kamiokande detector in Japan, a new computer system has been installed in order to monitor in real time and inform the scientific community of the arrival of these mysterious particles, which can offer crucial information on the collapse of stars and the formation of black holes. 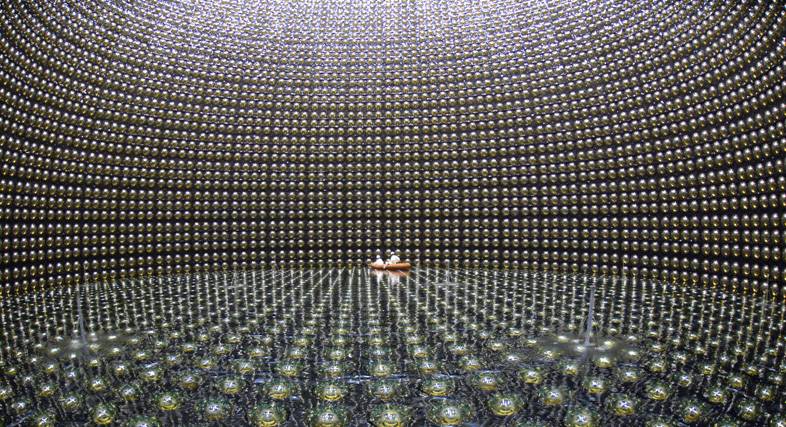 A kilometre underground, in the depths of a Japanese mine, scientists have built a tank of ultra-pure water inside a gigantic cylinder full of photomultiplier tubes. This is the Super-Kamiokande experiment, one of the major objectives of which is the detection of neutrinos –particles with near-zero mass– that come from nearby supernovas.

The problem is that these stellar explosions occur very infrequently: only three or four each century in our galaxy. For this reason, the members of the international Super-Kamiokande scientific collaboration want to be prepared for one of these rare phenomena and have built a 'monitor' that is constantly on the lookout for a nearby supernova. The details are published in the journal ‘Astroparticle Physics’.

"It is a computer system that analyses the events recorded in the depths of the observatory in real time and, if it detects abnormally large flows of neutrinos, it quickly alerts the physicists watching from the control room," Luis Labarga, a physicist at the Autonomous University of Madrid (Spain) and a member of the collaboration, explains to SINC.

Thanks to this neutrino monitor, experts can assess the significance of the signal within minutes and see whether it is actually from a nearby supernova, basically inside the Milky Way. If it is, they can issue an early warning to all the interested research centres around the world, which they provide with information and the celestial coordinates of the source of neutrinos. They can then point all of their optical observation instruments towards it, since the electromagnetic signal arrives with a delay.

"Supernova explosions are one of the most energetic phenomena in the universe and most of this energy is released in the form of neutrinos," says Labarga. "This is why detecting and analysing neutrinos emitted in these cases, other than those from the Sun or other sources, is very important for understanding the mechanisms in the formation of neutron stars –a type of stellar remnant– and black holes".

"Furthermore," he adds "during supernova explosions an enormous number of neutrinos is generated in an extremely small space of time –a few seconds– and this why we need to be ready. This allows us to research the fundamental properties of these fascinating particles, such as their interactions, their hierarchy and the absolute value of their mass, their half-life, and surely other properties that we still cannot even imagine".

Labarga says that the Super-Kamiokande is permanently ready to detect neutrinos, except for essential calibration or repair intervals. Any day could take us by surprise.